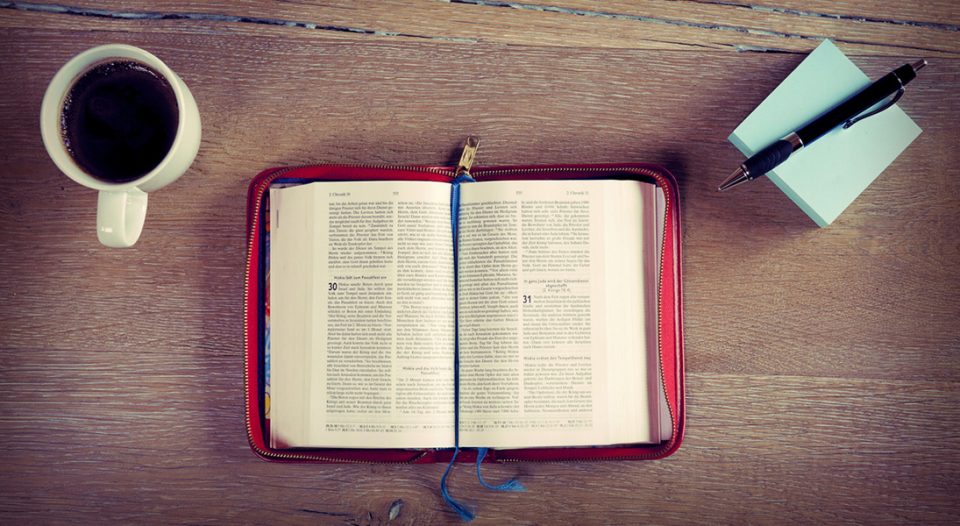 The Bible has had many different iterations over the years, each with its own strengths and weaknesses and its own set of issues.

Almost six years ago, I picked up The Green Bible.  A play on the “red letter” Bibles, in which Jesus’ words are highlighted in red, The Green Bible highlights in kelly green the verses that reference creation. I like it, even in its biased imperfection.

I have a proposal for a new version of the Scriptures: “The Cross-cultural Bible.” Highlighted in royal purple will be any verse that mentions boundary crossing and engagement, either positively or negatively.

The problem with this idea is that just about every page would shine like a ripe plum. Perhaps a section or two from Proverbs or the Song of Solomon would stay in black type, but most all of the rest would be awash in purple, particularly the gospels.

Rather, I think the call of Christ — the call of the Scriptures — is to rely so heavily on the promises of God that we live without the symptoms of fear.

This is something the church has periodically tried to pretend it doesn’t know—that boundary crossing lays the foundation of Scripture. We pretend we don’t know because this truth, in the words of the Magnificat, casts us down from our thrones, forcing us into the graveyards of the world with the Geresene demoniac.

And those graveyards of the world seem to be everywhere now — on the streets, on social media and on the evening news. All hell seems to have broken loose, though as William Sloane Coffin, the late minister of Riverside Church, New York City, once said, “Hell is just the truth seen too late.”

It has always been this way, just not to every eye and ear. We pretend we don’t know that fear permeates our subconscious and whispers to our souls. This is why almost every visiting angel first says, “Fear not!” We tend to be fearful.

Symptoms such as tribalism and ostracism. (Symptoms of fear are easy to spot because they usually end in “-ism.”)

These symptoms of fear lead people to reject the notion of being last and to scramble toward being first, which, clearly, Jesus knew only too well because he preached against it.

On second thought, we don’t need a cross-cultural Bible. We have one.

We just need to read it as fearlessly as possible.

Voices of Faith   Faith and spirituality

Does the Bible still matter?

Lectionary blog: What Scripture does to and for us