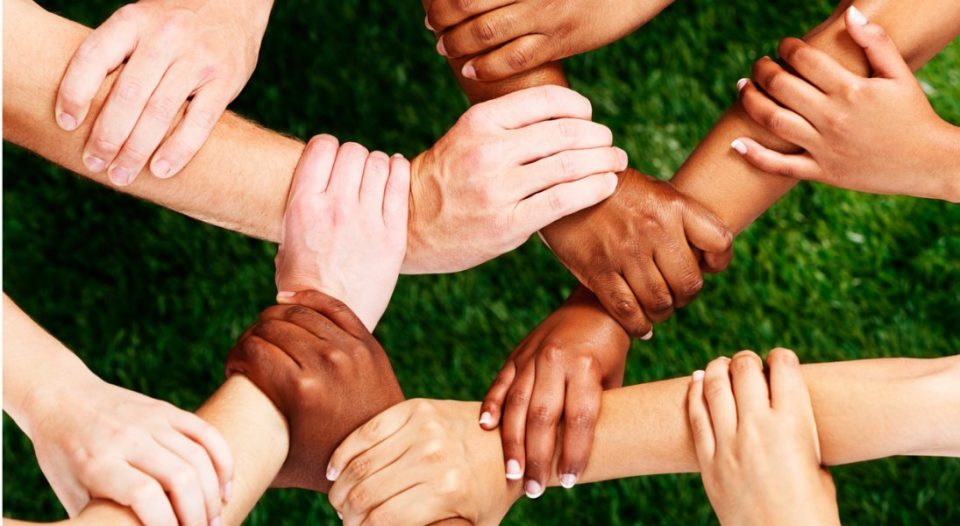 “You might have much of the world’s riches, and you might hold a portion of authority, but if you have no Ubuntu, you do not amount to much.” —Archbishop Desmond Tutu, God Has a Dream (Doubleday, 2004)

The Ubuntu philosophy is derived from the Nguni saying Ubuntu ngumtu ngabanye abantu (“a person is a person through other people”). This concept is manifested through various human acts in social, political, economic and familial situations. Ubuntu is practiced globally through eradicating the diseases of poverty (e.g., AIDS, malaria and tuberculosis), feeding the hungry, providing dental care, and working to build and preserve affordable housing.

But Ubuntu is also a profoundly personal philosophy, calling on people to act in a spirit of participation, cooperation, warmth, openness and dignity.

There is a connection between Ubuntu and the Lutheran understanding of “the priesthood of all believers.” By leveling the hierarchy of clergy and laity, Martin Luther affirmed that all baptized Christians have equal access to God through prayer because all of them come to God through the mediatorial work of Christ (1 Timothy 2:5). How can those in the African diaspora best exemplify Ubuntu in addressing the ramifications of capitalism and colonialism, which negate the hope for a universal priesthood expressed through sharing?

Ubuntu is also a profoundly personal philosophy, calling on people to act in a spirit of participation, cooperation, warmth, openness and dignity.

As recorded in Acts 2:47, the early church multiplied and their economic need increased daily. The Jerusalem church responded to this impending crisis by having “not a needy person among them” (Acts 4:34). The book’s description of them as “needy” instead of “poor” is interesting. Some of these believers may have been wealthy at home, but they were needy now because they were separated from their property. There were no banks to transfer funds; even if they had assets abroad, they still needed food once their supplies had run out.

The community had no needy people not only because they shared everything but because those who owned land and houses were willing to sell them and place the proceeds at the apostles’ disposal (Acts 4:34–35). That is the spirit of Ubuntu at work in building what Martin Luther King Jr., in “Letter From Birmingham Jail,” called a beloved community: “We are caught in an inescapable network of mutuality, tied in a single garment of destiny. Whatever affects one directly, affects all indirectly.”

As we celebrate the precious concept of Ubuntu, the African descent-church will bring and proclaim Christ to the world by building and affirming the legacy of our theology—declaring that we all partake of a royal priesthood saved by God’s grace.

Will the church direct the minds and hearts of the people of this new world to the truth? In practicing Ubuntu, we realize that each of us has a role to play, which must be held in balance, no one dominating the other. A priesthood of equal believers.