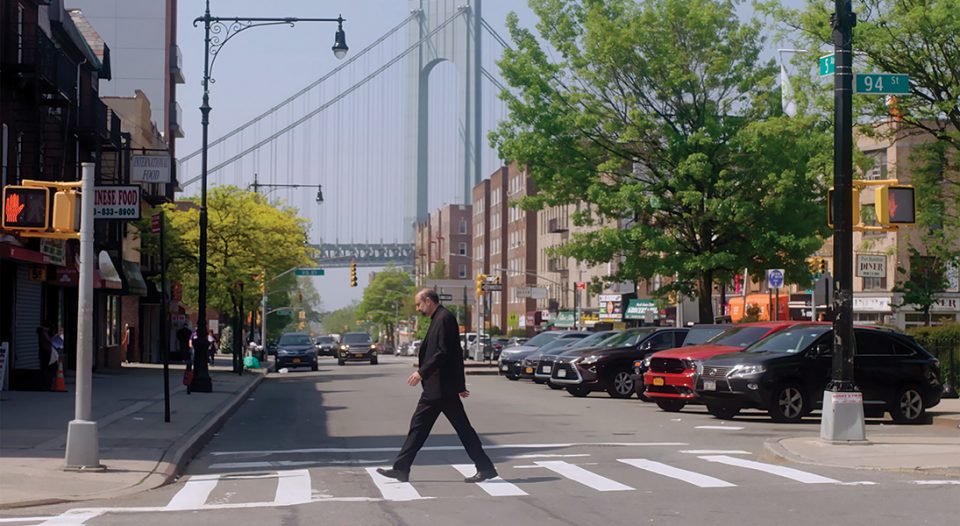 If Father K—director Judd Ehrlich’s short film about Khader El-Yateem’s run for a seat on the New York City Council—were simply a political drama, then knowing whether he won or lost might be considered a spoiler.

But knowing the result (he lost) neither spoils this compelling character study of a Palestinian-born ELCA pastor nor turns it into a tale of defeat. Instead, the 34-minute documentary delves into what drives El-Yateem, known as “Father K,” to take his message beyond the pulpit to the wider public.

Father K, which congregations can rent through Tugg, opens with El-Yateem recounting the seminal moment of his life—he was taken from his Bethlehem home by Israeli soldiers and imprisoned for 54 days, questioned and tortured daily, and then released with no explanation.

In his ministry and outreach, El-Yateem has gained a reputation as a bridge-builder. He served as a clergy liaison to the New York Police Department and co-founded the Bay Ridge Unity Task Force, which was established by an interreligious group of leaders to combat bigotry in the wake of 9/11. He also serves as president of the ELCA Association of Lutherans of Arab and Middle Eastern Heritage.

In 2017, he ran in the Democratic primary to represent New York’s council district 43, described in the film as having a significant Arab population, many of whom were not registered.

Ehrlich, who won an Emmy for his 2014 sports documentary We Could Be King, has made a career of profiling people who fight varied obstacles. “[My] films tend toward people who are facing challenges and difficulties … head-on and finding ways to ultimately overcome [them],” Ehrlich said. “I became aware of Father K and I knew no one like him had ever run for office because he was such a unique character.”

“When he lost, it was crushing,” he said. “I didn’t know what the film would become at that point. As I thought about it and talked to Father K about what’s next, it became the heart of the film and what makes it unique: What do you do after a loss?”

What Ehrlich learned was that El-Yateem and the community supporting him had only begun to fight, redirecting their energies toward wins in the 2018 elections. That objective, El-Yateem said, was the primary goal.

El-Yateem believes that pastors can hold what some may call “political views” without these interfering with their ministry. “I care about issues of justice,” he said. “I don’t care who is in the White House, if the person is Democrat or Republican. I preach about hope, justice and peace. I’ve never spoken against any elected official from the pulpit. I preach about caring for those who are oppressed. I speak about the sickness of the political system.”

Through his efforts as a community organizer, those ideals galvanized people of various faiths toward common goals.

It was then that Ehrlich found the ending to his film. El-Yateem’s call at Brooklyn’s Salam Arabic Lutheran Church—where he preached in both English and Arabic—was apparently coming to an end. Before filming had ended, El-Yateen was asked to serve as director for evangelical mission and assistant to the bishop in the Florida-Bahamas Synod.

“I don’t care who is in the White House, if the person is Democrat or Republican. I preach about hope, justice and peace.”

El-Yateem confirmed what the movie depicts: leaving New York City was the hardest decision of his ministry, one he spent three weeks praying over before accepting the new position.

After months of shooting and editing hours of footage, Ehrlich invited El-Yateem to the first major screening of Father K. “I was overwhelmed with emotion,” El-Yateem said. “I was crying throughout it, and my wife had to help calm me down. I was impressed with the way they were able to bring my background and to capture the essence of the campaign—and what has come out of the campaign was really incredible.” The documentary has since won numerous awards from international film festivals.

Ehrlich, who is Jewish, said part of what attracted him to this story was the way El-Yateem acted out his faith. “Father K’s brand of religion isn’t exclusionary,” he said. “It is inclusive. To me the most powerful pieces of religion are in community. That was what is so powerful about Father K.”

Near the end of Father K, El-Yateem says, “Hopefully, I have been able to open the door and inspire others who will say, ‘Listen, he did this. Now it’s my turn. I’m going to do it.’ ”

There’s no need for a spoiler alert, because this is exactly what El-Yateem has been saying and preaching for decades.