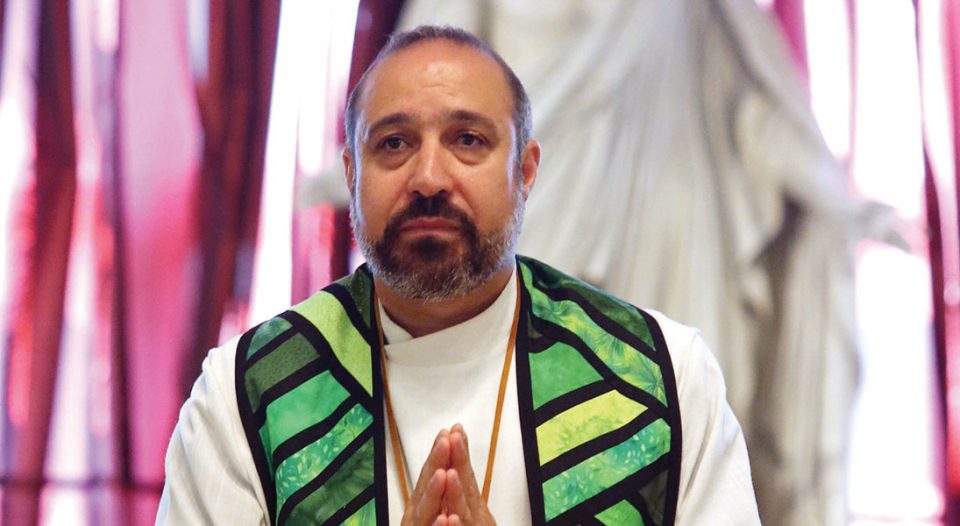 Khader El-Yateem, pastor of Salam Arabic Lutheran Church in Brooklyn, N.Y., is proud of the work he and his congregation have been a part of in uniting people of different faiths in their community following 9/11.

Building on the spirit

After 9/11, Salam Arabic Lutheran Church in Brooklyn, N.Y., led the efforts to unify its diverse Bay Ridge neighborhood of Christians, Muslims and Jews.

Today, Khader El-Yateem, pastor of Salam Arabic and a Palestinian native, said the congregation is still a unifier in the community, which is home to three of the largest mosques in New York City and a large Jewish center. The church started making 9/11 anniversary plans in early summer with its partners on the Unity Task Force, an interfaith group that formed after the attack.

“After 9/11 our church played a major role in the community,” he said. “We brought everyone—Christians, Muslims and Jews—together in the spirit of unity with the police to care for the community.”

Fifteen years later, El-Yateem said the Unity Task Force is still at work. “We’ve been meeting regularly and we organize activities. We have a unity breakfast where we invite all religious leaders and other major events. We strategize,” he said.

El-Yateem also does presentations with local rabbis at public schools about the message of acceptance. “I’m very proud of that,” he said.

The 9/11 anniversary commemoration this year includes an interfaith prayer service and candlelight vigil, perhaps at Pier 69 near ground zero where the Unity Task Force has met every year since 2001, drawing close to 1,000 people.

El-Yateem’s wish for the 15th anniversary? “To continue to come together as we responded together on 9/11,” he said. “That day affected each one of us. Our country needs us more than ever—a voice of reason, of justice and of peace to our communities. We need to build on the spirit of unity and generosity.”