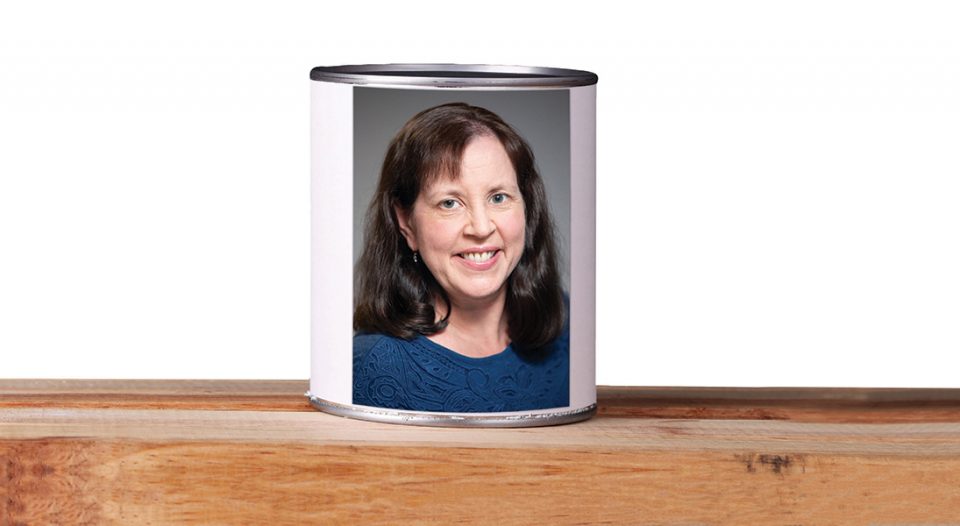 The Prairie Coteau Conference Runners Club in South Dakota has funded mission work for 47 years. Currently they sponsor ELCA missionary Elisabeth Johnson. At club meetings, members place their congregations’ donations in a can with Johnson’s photo on it.

The members of the Prairie Coteau Conference Runners Club in South Dakota are used to being a little misunderstood. Club treasurer Barb Kromer says their name often confuses outsiders, who assume the women are a group of athletes and spend their time pounding the pavement.

“We had one missionary come here to speak, and she brought her jogging suit because she thought we’d be running,” Kromer said.

While they’re certainly an active bunch—made up of women from 20 congregations in the Prairie Coteau Conference of the South Dakota Synod—their pursuit is more spiritual than physical.

The group was founded in 1972 by Elvira “VaVi” Aamodt, a pastor’s wife who was inspired by the story of a man who helped people in need using money he had set aside to match what he spent on nonessentials. The group’s name came from her suggestion that women attend meetings wearing stockings with runs in them.

“It was in 1972, so we only had nylons,” Kromer recalled. “And the thinking was, you were supposed to take the money you’d spend on new nylons and donate it to missions.”

Over the years the club has raised thousands of dollars for mission work. Members collect money from their respective congregations, pool their funds and each financial quarter send a check to support ELCA missionaries.

“We have a little can, and we put the missionary’s photo on it,” Kromer said. “Every time we have a circle meeting, that can is on the table along with the church offering. The women up here are so generous—there’s seldom a quarter that I can’t send $1,500, and that’s only from 20 churches.”

Currently the club sponsors Elisabeth Johnson, who teaches at the Lutheran Institute of Theology in Meiganga, Cameroon, and trains pastors for the Evangelical Lutheran Church in Cameroon and sister churches in West and Central Africa.

The club has embodied that sentiment in its long-standing support of missionaries who walk with global companions. “They have shown that generosity can be made outside of the traditional means of offering dollars or special gifts through congregations … allowing for dozens of missionaries to answer the call into global service,” said Andrew Steele, mission funding director and director for global mission funding.

Creative ways to learn about the global mission of the ELCA