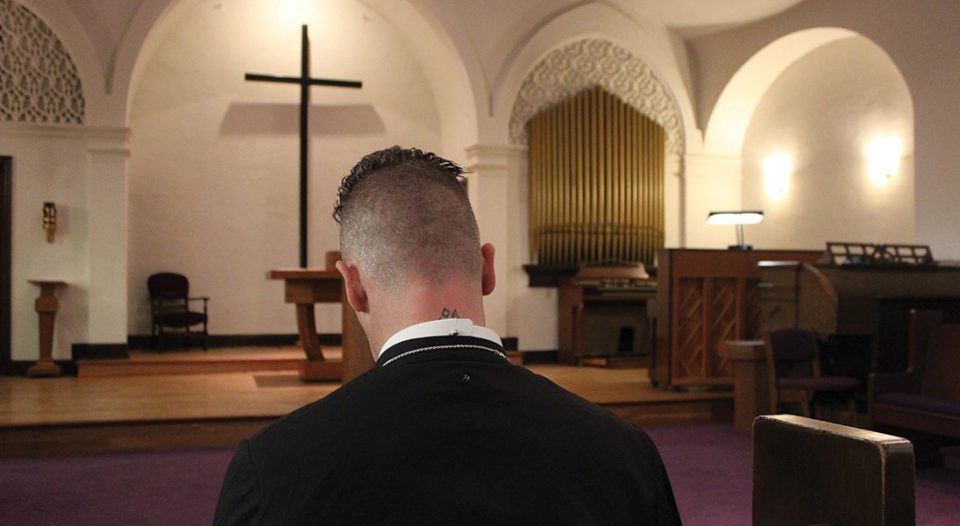 This summer, I started my call as pastor redeveloper of St. Philip Lutheran Church in Trenton, Mich. Even though I was officially starting my first call, I had already built a connection with this community.

In 2015, St. Philip came to be without a rostered leader. There were different routes that could’ve been taken, but the conference dean wanted to think outside the box: In partnership with Trinity Lutheran Seminary, the Southeast Michigan Synod allowed for St. Philip to become a detached-internship site for a seminary student.

In 2016, I started a two-year internship at St. Philip with a supervisor serving in a nearby congregation. During my internship, church attendance went up and a focus on mission grew. When I graduated from seminary, I was called as pastor redeveloper.

During my time here, I’ve come to see that there are three truths about parish ministry I can’t let go of: everything happens through relationships; it’s not all about the numbers; and we can’t do it all.

Everything happens through relationships

In my first year at St. Philip, I wanted to host church picnics at our local park to get to know people in the community. I had been walking through the neighborhood engaging one-to-one with people, but I needed strong leadership to make my vision a reality. Through my relationship-building in the church, I discovered that one of my parishioners was employed by the local elementary school and knew most of the youth that lived in our neighborhood of focus.

I approached her about my plan, and she jumped in and did a wonderful job of organizing the picnics. We considered them a great success; our church was out in the community getting to know, and laughing with, people who might not necessarily walk in our doors on Sunday. We weren’t there to convert anyone but to hear about the needs of the community. Through the relationship I’d formed with this leader in my congregation, I’d learned about her passions and how they connect with the world, which enabled us to launch this ministry.

I’ve come to learn that ministry is much deeper than that; it’s not always possible to assign a number to what God is doing in the world.

It’s not all about the numbers

While St. Philip has grown in numbers, I’ve come to learn that ministry is much deeper than that; it’s not always possible to assign a number to what God is doing in the world. Over the summer, I started a Thursday-night service that ended up not being as well-attended as I’d expected it to be. Maybe I rushed in too quickly, or maybe I didn’t think through everything I should have. But there were still “God moments” that showed through.

Near the end of summer, we had about five people consistently at the services. Two of them weren’t members, just people looking for community on a weeknight. As they kept showing up, and as I got to hear their wonderful stories and struggles, Thursday nights become a very sacred time for me to see more of the body of Christ being revealed. One of the two even joined our congregation and has been very active. What I first saw as a failure on my part shifted into a God moment.

We can’t do it all

In my first six months in this call, I found myself running around, trying to be all things to all people, and I found myself becoming very tired. Where was the time for self-care? Where was the time to breathe? I came to see that this wasn’t a sustainable model. Through discussions with my supervisor, I realized I didn’t have to do everything alone—there were things that could be delegated to others.

Having spent time doing one-to-one meetings with members of the congregation, I’d learned about their gifts and passions. I noticed that some of their gifts lined up with what I needed to delegate. One day, as I was working on our congregation’s Facebook page, I remembered that one member loved posting photos online. I asked her to take over our Facebook page, and she has thrived in the role, growing our page “likes” by 200%. She did more than I could have done by myself.

I have learned so much at St. Philip. There are failures and victories and a lot of laughter. But we are trying to be the church in the world—and my hope is that we continue to lean into the vision God has for us.

Branden Hunt
Hunt graduated from Trinity Seminary in 2018 and is a team leader assistant for the 2018 Multicultural Youth Leadership Event (MYLE).

Is America facing a “post-Christian” future?

Detained, but not forgotten