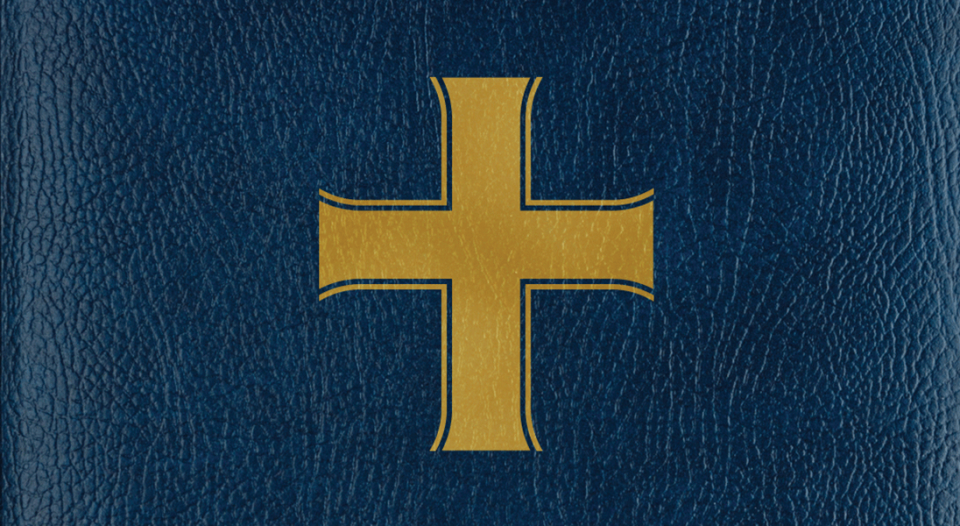 “It feels like a mockery to me,” one woman said. I was leading a Bible study where the subject of the rosary had arisen. I was her pastor and knew she wasn’t alone. Most Lutherans I know don’t like the rosary.

“We don’t have to do the beads,” she continued. “Forgiveness is already there!”

Over the years, I’ve heard this sentiment many times from exasperated Lutherans. They would ask: “Wasn’t this what the Protestant Reformation was about—declaring once and for all that we are saved by God’s grace and not by our own works?”

Yes, but that’s not the whole story. It took me years to learn that distinction, so I kept listening, patiently waiting for the right moment to interject.

It all started years ago with a car ride.

“There’s something you’ve got to try,” Pastor Chuck told me as we were driving to a hospital visit. He described how he prayed and read his Bible every day, and how awesome it was. I was skeptical. I was young and heading to seminary, and this sounded a lot like “works righteousness,” trying to earn God’s forgiveness and salvation by what we do.

I’d known Pastor Chuck most of my life. He was a smart guy and deeply Lutheran. It was also a long drive, and he just wouldn’t stop talking about it.

“How?” I eventually asked. “How has it changed your life?”

He thought for a moment, then said, “I can’t explain how, it just has.”

I told him I would give it a try, but my skepticism remained.

I was skeptical. This sounded a lot like “works righteousness,” trying to earn God’s forgiveness and salvation by what we do.

The next Sunday he handed me a small book bound in blue leather with a gold cross on the cover. It was called A Guide to Prayer for Ministers and Other Servants. I was an “other servant,” so that night I sat down, opened it to the day’s date, and started praying and reading. To my surprise, I liked how I felt afterward. I didn’t feel joyous or happy, I just felt … better, in a way I hadn’t before.

I did this most days for weeks, then months, then years. It became an important habit, one that I missed when I didn’t do it. It was a great blessing, but I knew that it had nothing to do with salvation and forgiveness, which was weird because that’s what I thought the Reformation and being Lutheran were all about. They aren’t. I learned this many years later, thanks to my friend Sean.

The origin of the Reformation

Sean and I were pastors at that point, and we were talking about how important our faith practices were. I shared that I was worried that reading the Bible and praying each day weren’t exactly Lutheran. Sean told me that I should talk to one of his former teachers, Kirsi Stjerna, professor of Lutheran history and theology at Pacific Lutheran Theological Seminary in Berkeley, Calif.

During a scheduled phone conversation, I asked Stjerna what Martin Luther thought of faith practices such as prayer, Bible reading, even the rosary. “For Luther, faith practices were more important than doctrines,” she said. “The doctrine came after.”

That was news to me.

“I’ve done the rosary,” I said. My words were met with stunned silence.

“The Reformation began because Luther wanted to reform the daily lives of ordinary people,” she continued. “That’s why, for instance, Luther focused on music and wrote hymns for congregational singing. And [on] translating the Bible and the catechism, which was written for parents to use to teach their children faith at home.”

How Luther taught ordinary people to practice their faith sounded a lot like what Pastor Chuck had taught me. Luther himself was diligent about prayer, reading Scripture and caring for the poor.

Pastor Chuck wasn’t some revolutionary. He’d taught me spiritual practices that were very Lutheran. I just didn’t know it because I had been confusing my doctrines.

The woman from Bible study had been thinking about the rosary as justification, something that forgives sins. Luther’s doctrine of justification teaches that forgiveness and salvation are gifts of God’s grace received through faith.

But justification has nothing to do with faith practices.

Instead, Luther discussed faith practices in his doctrine of sanctification. For instance, once I received the gift of God’s forgiveness and salvation (justification), I started striving to be more like Christ, and that’s sanctification. I prayed more, read my Bible more, served the poor more, strove to give more. But I didn’t do these things to get into heaven. I did them in response to God’s goodness. These faith practices are a result of how the Spirit worked in me, and still works in me, helping me grow as a child of God.

I didn’t know how to tell her all of that. Then I remembered what Pastor Chuck had done for me.

My words were met with stunned silence.

I went on: “It’s just a way to pray, and the daily practice of prayer and Bible reading has changed my life.”

“Mine too,” she answered. “I wish everyone would give them a try.”

Pastor Chuck was right. Daily prayer, Bible reading and other spiritual practices such as yoga and walking a labyrinth have changed my life. He couldn’t explain how, and I can’t fully put it into words either. I just hope you will give them a try. They are a very Lutheran thing to do.

Scott Seeke
Scott Seeke is pastor of Holy Cross Lutheran Church, Livonia, Mich. He is also a writer best known for the film Get Low and the follow-up book Uncle Bush’s Live Funeral. You can find him on Twitter, Facebook and at scottseeke.com.