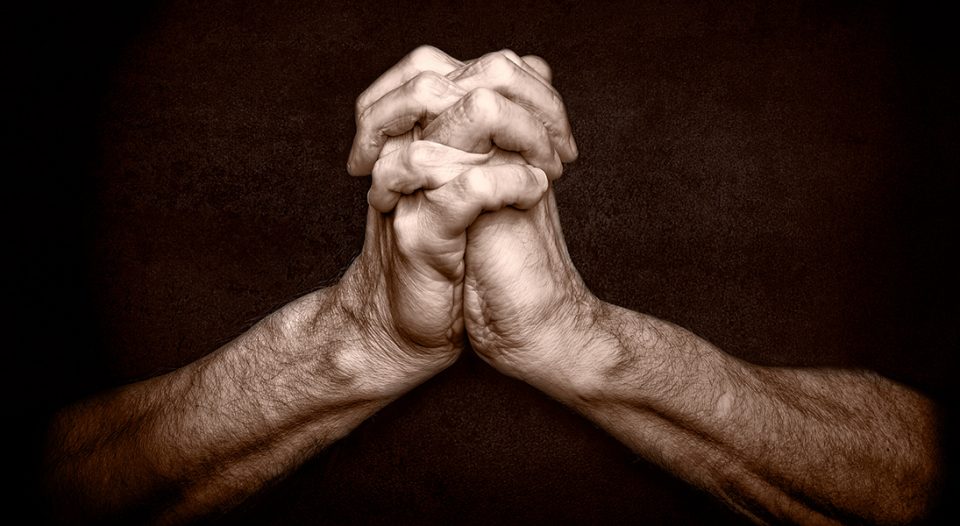 Whenever I teach Bible for seminary classes, my primary goal isn’t to instruct people on how to interpret the text or to impart a set of facts (though, of course, I try to do both). Instead, I try to help the students empathize with the humans presented in Scripture. If we see Scripture as a collection of laws, gospel principles or parables, it’s easy to become alienated from God’s words. But when we approach our sacred texts as treasured stories about how people have wrestled with God (and how God has wrestled with people), I find that I and my students can connect much more viscerally. After all, just as much as the people presented in Scripture, I wrestle with what I know and believe about God daily, and I know God wrestles with training me up, even as a beloved child.

This week’s Gospel lesson can be easily brushed off as a simple lesson with a simple point. But to really treasure Jesus’ words, it’s useful to try to place ourselves in the position of the two men. Jesus tells of a Pharisee who stood by himself in the temple and prayed, thanking God that he isn’t an extortionist, treacherous or unfaithful. The tax collector, who is “standing far off” (Luke 18:13), can’t hear the Pharisee’s prayer, but he might have been the inspiration. Tax collectors worked for the Roman occupation and were frequently extortionists and treacherous (Luke 3:12-13). By virtue of collaborating with the occupying power, they were automatically thought of as unfaithful to their people and probably unfaithful to their God (Luke 5:30 and 7:34).

It’s easy to dehumanize the Pharisee as a total jerk in this instance, but Jesus’ warning hits home when we realize how often we do this same behavior. How often do we honestly thank God and praise ourselves because we aren’t like other people—celebrities, neighbors, politicians or family members—who participate in evil behavior? I do this at least a couple times a day, mostly on the exceedingly public venue of Facebook. God, I thank you that I’m not abusing my employees by underpaying them. God, I thank you that I’m not using my power to make people’s lives more difficult. God, I thank you that I am more loving than Uncle Johnny. I think we all do something like that, even if not out loud but in our hearts. That is the exact behavior that Jesus denounces.

We don’t have to figure everything (or anything) out. We don’t need to solve the world’s problems. We don’t even need to know how to stop our patterns of sinful behavior before we can cry out to God for mercy and be granted it.

On the other hand, there was the tax collector. He is too ashamed to look upward and only begs for mercy. It’s interesting that Jesus doesn’t say anything about whether the man repented. The man didn’t say he would stop collecting taxes or stop using his authority within a violent empire to abuse God’s chosen people. Instead, he beats his chest and asks for mercy for the sinner that he is. Jesus says this man went home justified before God. Would he be back in the temple the next week, asking for mercy after yet more collaboration with the occupying power? Probably. But even though his livelihood came from destructive behavior that hurt his neighbors, Jesus says honest sorrow for his ongoing sin elicits God’s justification for the man. That is overwhelmingly good news. We don’t have to figure everything (or anything) out. We don’t need to solve the world’s problems. We don’t even need to know how to stop our patterns of sinful behavior before we can cry out to God for mercy and be granted it.

The story doesn’t tell us what became of the tax collector. Did he scrupulously avoid overcharging people, like Zacchaeus (Luke 19:8)? Or did he quit working for the Romans? All we know is that he was overcome with shame at his injurious sin. He humbled himself and publicly begged God for mercy. And it’s this public humility—the willingness to confess before people, to admit that we don’t have it all together or figured out, that something we are doing hurts people—that Jesus commends.

As an invitation, I wonder if you would be interested in reading Pastor Lenny Duncan’s book Dear Church. It’s a call to confession and repentance for some of the ways that our ELCA has hurt others. It has helped me practice what Jesus commends in publicly confessing wrongs and to take a pause in the self-promotion of my books, my wisdom and my gifts for the church. I’m grateful to Lenny for helping me see how much I have in common with both the Pharisee and the tax collector and for helping freshen Jesus’ words that the exalted shall be humbled and the humbled shall be exalted (Luke 18:14).

Lectionary blog: “Join with me in suffering”

The core issue: How we interpret the Bible