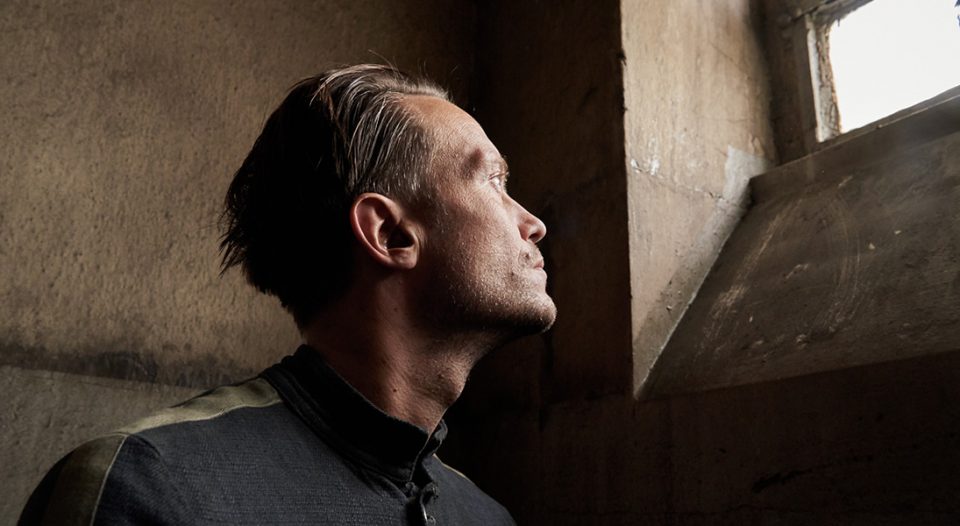 Terrence Malick’s new drama A Hidden Life tells the true story of Franz Jägerstätter, an Austrian farmer who, called up to fight in World War II, refused on religious grounds to swear an oath to Adolf Hitler, was sentenced to death and followed his Catholic faith to the guillotine in August 1943.

An ordinary man, Jägerstätter might easily have been swallowed up by history, as his attorney and the Nazi judge deciding his fate predict in the film. A Hidden Life asks whether a martyr’s sacrifice, like a tree falling in the forest, makes a sound if no one is there to hear it. Yet Jägerstätter’s (August Diehl) faith makes him ready to give his life to the Lord—even if no one sees the gift but its recipient.

Jägerstätter’s story might never have emerged if not for U.S. sociologist Gordon Zahn, who stumbled upon records of the farmer’s death while researching his 1962 book German Catholics and Hitler’s Wars. Intrigued, Zahn tracked down Jägerstätter’s widow and interviewed their neighbors in the little farming village of St. Radegund. Published in 1964, Zahn’s biography In Solitary Witness: The Life and Death of Franz Jägerstätter was much-read in Catholic circles, inspiring conscientious objectors to the Vietnam War and influencing the Second Vatican Council’s document Gaudium et Spes, which declared “indiscriminate warfare” against large populations to be “a crime against God and humanity.”

A Hidden Life sticks closely to the facts of Jägerstätter’s induction, imprisonment and execution, yet Malick, directing his own screenplay, mainly ignores the backstory that makes Jägerstätter such a dimensional figure. Born out of wedlock in 1907, his mother a servant, he grew into a wild child around their village, taking part in a street gang and clashing with police. Zahn describes him as a young man preoccupied with “bowling, dancing and fighting.” In 1933, at age 26, he fathered a child with a servant woman whom he declined to marry, though he supported and once offered to adopt the girl.

Zahn goes so far as to identify “two Jägerstätters,” the second of whom really took shape only after the young man met Franziska Schwaninger, an extremely devout Catholic woman six years his junior. They married in 1936 and would raise three girls. Raised in the church and newly inspired in his faith, Jägerstätter couldn’t reconcile Christ’s teachings with Nazism. In 1938, after reading a story about the burgeoning Hitler Youth movement, he awoke from a nightmare of children boarding a train bound for hell. Three months later, after Germany had invaded Austria and ordered a plebiscite to annex it, Jägerstätter cast the only “no” vote in St. Radegund. Frightened village elders erased his vote from the tally.

Jägerstätter’s life and death are an ideal subject for Malick, who attended an Episcopalian boarding school and earned a philosophy degree from Harvard before embarking on a filmmaking career in the 1970s, and whose acclaimed 2011 drama The Tree of Life meditated on the book of Job. Malick’s movies hunger for transcendence and glory in natural wonder. His ethereal style, a hurtling montage of action given heartfelt voice-over narration by the characters, casts a spell all its own even as it tends to flatten out the people in his stories. Predictably, Malick is interested only in the second Jägerstätter, tracing the young farmer’s spiritual journey and allowing us all to wonder how far we might accompany him.

A Hidden Life asks whether a martyr’s sacrifice, like a tree falling in the forest, makes a sound if no one is there to hear it.

Malick picks up the story in 1940, as Jägerstätter, now a sexton, departs his close-knit community for military training and decides he can never swear the oath to the fuehrer demanded upon induction. More vital to the war effort as a farmer than as a soldier, Jägerstätter is sent home to his wife, Fani (Valerie Pachner), and their daughters, but fascist thinking has already begun to infect St. Radegund. In 1943, after the Nazi defeat at Stalingrad, he is finally called up for duty and confesses to his pastor, Father Fürthauer (Tobias Moretti), that he can’t serve. The pastor begs him to consider his family: “Your sacrifice would benefit no one.”

This theme is struck again and again as one character after another challenges Jägerstätter. “You think the authorities are aware of you? That your protests will come to their attention?” asks Captain Herder (Matthias Schoenaerts), the smooth-talking attorney assigned to the case after the farmer reports for duty and refuses the oath. “Do you think anyone will know of it? Ever hear? No one knows what goes on behind these walls. No one.”

The real Jägerstätter explained himself at length in letters and short essays from prison. “Christ demanded a religion of conviction and action,” he wrote in “What Every Christian Should Know,” later adding, “Discipleship to Christ requires heroism. A weak and wavering personal character is good for nothing.” Yet Malick wisely keeps Jägerstätter’s dialogue to a minimum, allowing us to reflect on the questions being put to him. “Does a man have a right to let himself be put to death?” Fürthauer asks. “Could it possibly be pleasing to God?” Herner questions Jägerstätter’s motives: “What is it? Pride? Are you better than the rest? Are you alone wise?”

When Jägerstätter does venture to speak, his words have a startling clarity. As his military tribunal approaches in July 1943, Herner urges him to sign a loyalty oath and save himself from execution: “Sign, and you will go free.” Mildly, and without missing a beat, the farmer replies, “But I am free.” Jägerstätter can function as the quiet, still center of the film only because Christ’s message is so simple compared to the moral and spiritual gymnastics of his antagonists.

“Do you imagine that anything you do will change the course of this war?” asks the Nazi judge presiding over the trial (veteran character actor Bruno Ganz in his last role). “That anyone outside this court will ever hear of you? No one will be changed.” As it turns out, Jägerstätter inspired enough people for the Catholic Church to beatify him in 2007, in a ceremony attended by his widow, children and grandchildren.

A Hidden Life will raise Jägerstätter’s profile even more, propelling his story into the popular culture for years to come. His actions speak louder now than ever, though the true example he set was in making his sacrifice in silence.

J.R. Jones
J.R. Jones is a copy editor for the ELCA and author of The Lives of Robert Ryan.

Lectionary blog: The cost of discipleship