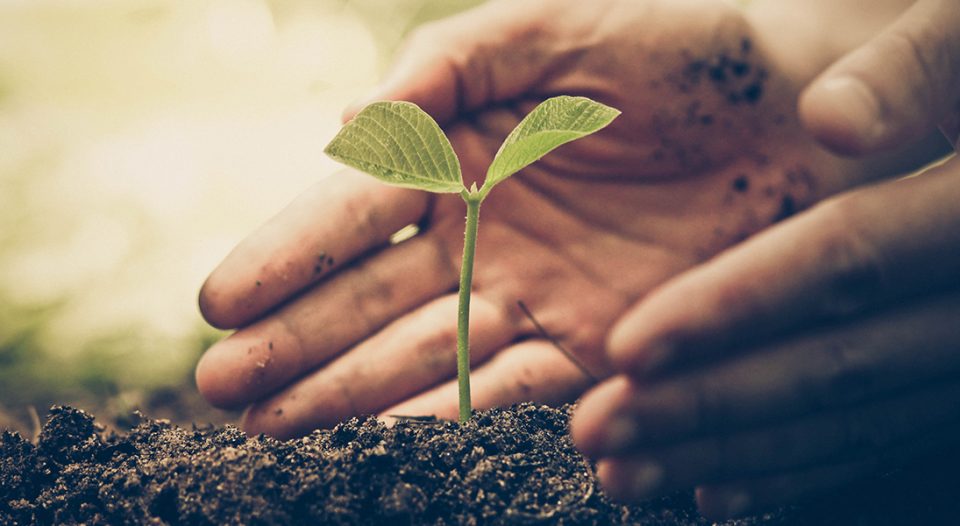 Seven springs ago, in the second month of my worship at Faith Lutheran Church, Glen Ellyn, Ill., I encountered for the first time the hymn “Lord, Let My Heart Be Good Soil” (Evangelical Lutheran Worship 512), composed by Handt Hanson. Lutheran hymnody was new to me then, but the lyric and the melody of Hanson’s brief yet evocative hymn captivated my attention and touched my heart in an unusual way.

The song came to mind again recently when I saw films about two people whose lives and work were good soil, open to the seeds of God’s word and bringing peace and growth to the lives of countless readers and viewers. Neither was Lutheran, but both embodied the core ideas of Hanson’s hymn: Henri J. M. Nouwen and Fred Rogers (aka Mister Rogers).

Nouwen (1932-1996) was a Dutch theologian, professor and Catholic priest. He spent the latter part of his life at the L’Arche Daybreak community in Ontario, Canada, caring for and living among adults with special physical and developmental needs.

Rogers (1928-2003) was a Presbyterian minister whose “congregation” was composed of children reached via television on Mister Rogers’ Neighborhood, which tackled serious concerns in sensitive, instructive ways. He was an educator on the emotional development of children, a writer and a speaker.

Nouwen and Rogers were marked by the spirit Paul captured in his letter to the Galatian church—a spirit of kindness, gentleness and humility.

What was it about Nouwen and Rogers that makes their impact as strong today (if not more so) as during the prime of their careers? Why have they recently inspired documentaries (Journey of the Heart and Won’t You Be My Neighbor, respectively) and a dramatic feature (A Beautiful Day in the Neighborhood)?

The answer is the good soil of their hearts and the fruit that grew from it.

Both Nouwen and Rogers were marked by the spirit Paul captured in his letter to the Galatian church—a spirit of kindness, gentleness and humility.

Nouwen and Rogers were friends, kindred spirits who spent time together in person and spoke regularly by phone. When Nouwen died, Rogers contributed an essay to Christopher de Vinck’s anthology Nouwen Then: Personal Reflections on Henri (Zondervan, 1999).

“Henri’s death has confirmed for me the enormous power of silence,” Rogers wrote. “Even though most of the world knows Henri best by his words, I’ve come to recognize his deepest respect for the still, small voice among the quiet of eternity. That’s what continues to inspire me.”

The men’s gentleness hardly prevented them from speaking their minds when necessary, standing up for what they believed was right or making decisions that might be unpopular.

As Nouwen demonstrated in his book Gracias!: A Latin American Journal (Orbis, 1993), about the poverty and injustice he witnessed in Latin America, his strong voice was often embedded in a gentle, humble demeanor. The same was true of Rogers, a fact many witnessed in his 1969 testimony about public broadcasting before the U.S. Senate. His impassioned remarks were a key factor in saving the Corporation for Public Broadcasting.

Both men balanced gentleness, kindness and humility, on the one hand, against conviction, persistence and passion, on the other. They were gentle but had a strength that was unmistakable. And they understood their calling.

Writer Jen Hermann suggests the following in a blog post: “Gentleness, then, is not a relinquishing of strength. On the contrary, the Spirit is powerful, and we are given access to that power. Gentleness, meekness—prautes [in Greek]—is recognizing that we are not the source of power, but the instrument of it. And as that instrument, we are under God’s control. We are not to wield that power harshly or without purpose.”

This is what we saw in Fred Rogers and Henri Nouwen: they never wielded their power harshly or without purpose.

In our time, I fear, we may once again consider gentleness and humility not as virtues but as things to be avoided as we contend with others in the public square.

In Cultivating the Fruit of the Spirit (IVP Books, 2017), Christopher J.H. Wright contends that in the ancient world, neither gentleness nor its companion, humility, was seen as a virtue; in fact, these traits were despised. Paul’s letter to the Galatian church was countercultural.

In our time, I fear, we may once again—perhaps subconsciously—consider gentleness and humility not as virtues but as things to be avoided as we contend with others in the public square, whether in person or online. I wonder if this dearth of gentleness, kindness and humility is why so many are drawn to Rogers and Nouwen.

I wonder if, even in death, Rogers and Nouwen are calling on us to let our hearts be good soil, bearing good fruit.

As we continue our ministries in local congregations or the marketplace, the examples of Rogers and Nouwen serve as rich wells from which to draw. As we speak to the needs and injustice of the world, may we do so in a fruitful way, ensuring that our lives are good soil and remain open to the seed of God’s word.

As I sing these words, I can hear the subtle yet unmistakable voices of Henri Nouwen and Fred Rogers telling us, “Yes, God. Please do that good work.”

Report from a retired pastor