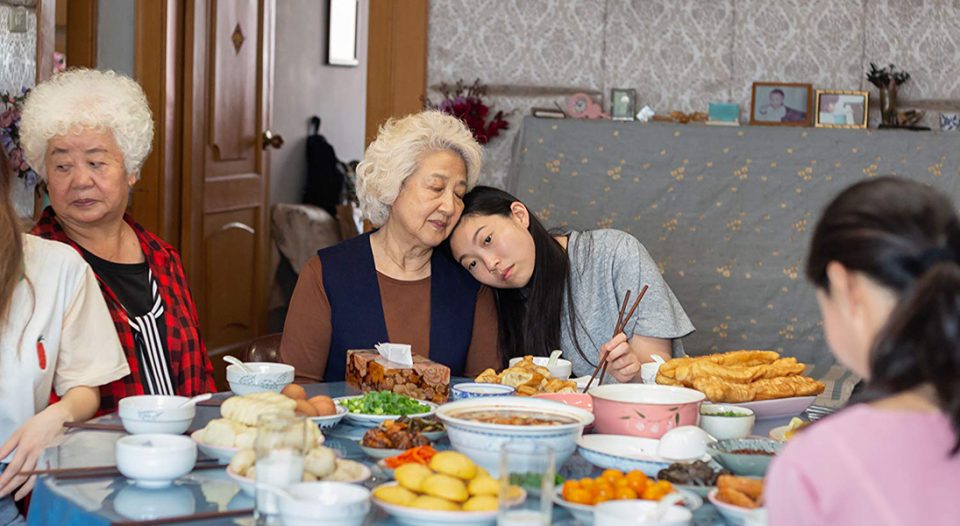 Every story tells us how the storyteller perceives the world. Stories are how we describe the world as we think it is, as we fear it is, as we want it to be.

We can see that principle at work in some of the best films of last year, which painted loving and complex portraits of people too often rejected or ignored. These movies imagined a world that embodies God’s commandment to love our neighbors as ourselves—a world where even “the least of these” have value.

The Farewell (written and directed by Lulu Wang)

Most Western viewers of The Farewell will sympathize with the resentment Chinese American protagonist Billi (Awkwafina) feels toward her family as they concoct an elaborate lie to shield matriarch Nai Nai (Zhao Shuzhen) from her cancer diagnosis. But when the extended family reunites in China under the auspices of a fake wedding, Billi wrestles with the notion that her relatives are telling “a good lie,” carrying Nai Nai’s emotional burden so that she can live out her last days in happiness.

Surprisingly funny and full of deep love for its flawed characters, The Farewell shows us how to carry one another’s burdens. As the movie demonstrates, the task isn’t always easy, but it is a necessary part of living with other people.

When Jimmie (Jimmie Fails) overhears two young women complaining about his hometown, he rebukes their condescension. “You don’t get to hate San Francisco,” he tells them. “You don’t get to hate it unless you love it.” The line captures the film’s contentious relationship with its titular city, as do the many scenes of Jimmie performing upkeep on a stately house against its owners’ protests. As Jimmie explains, the house was built by his grandfather, was lost because of his father’s misfortune and will one day be his.

That myth becomes complicated as the movie unfolds, but Jimmie’s devotion remains strong. Christians will recognize Jimmie’s need to care for the home that will become his. We too are “in the world and not of it,” striving every day to make real the kingdom Christ described, even as we so often fall short of that responsibility.

1917 (directed by Sam Mendes; written by Mendes and Krysty Wilson-Cairns)

Many films have been made about the horrors of World War I, but 1917 reinvigorates the genre with an impressive visual technique: the movie is a series of long, unbroken takes, cutting to black only when a main character loses consciousness. As the unblinking camera follows Lance Corporal Schofield (George MacKay) on his mission deep into German-controlled territory, it captures everything from the beauty of the French countryside to the devastation wrought by war.

With no (obvious) cuts to give us reprieve, we see both the splendor of creation and the cost of the fall, as humans made and loved by God destroy the earth and each other in pursuit of their goals. It’s an unflinching movie, one that vividly illustrates the urgency of peacemakers and the mandate to care for God’s creation.

The latest big-screen adaptation of the classic Louisa May Alcott novel keeps all the familiar beats of the original story: Beth’s (Eliza Scanlen) sickness, Meg’s (Emma Watson) debutante ball, Amy’s (Florence Pugh) artistic pursuits and Jo’s (Saoirse Ronan) budding literary career. But Gerwig scrambles the chronology, heightening the dramatic tension between events and infusing the story with chaotic energy. The result is a familiar tale that feels fresh and unpredictable, one that underscores the boundless potential of the four March girls as they push against limiting social and economic structures.

With every victory and disappointment the sisters experience, viewers see the tragedy of a world that diminishes God’s creation. When Amy laments the way people treat marriage like a transaction, or when Jo struggles against her editor to make her voice heard, we are inspired to follow Jesus’ Sermon on the Mount to see the boundless value in those who are often constricted.

A Beautiful Day in the Neighborhood (directed by Marielle Heller; written by Noah Harpster and Micah Fitzerman-Blue)

The movie poster features Fred Rogers (Tom Hanks), but the protagonist of A Beautiful Day in the Neighborhood is cynical journalist Lloyd Vogel (Matthew Rhys). The gray New York in which Vogel struggles with his anger feels a million miles away from Mister Rogers’ neighborhood. But the film’s use of visual cues from the iconic kids’ show and Hanks’ deliberate performance remind us that compassion is not a value reserved for the land of make-believe.

Every time director Marielle Heller stops to listen to Lloyd’s problems, every time she reminds us that each person is special, we recall the Psalmist’s declaration that people are “fearfully and wonderfully made.” A Beautiful Day in the Neighborhood is a celebration of someone who earnestly believed that about others and of the healing that conviction brings.