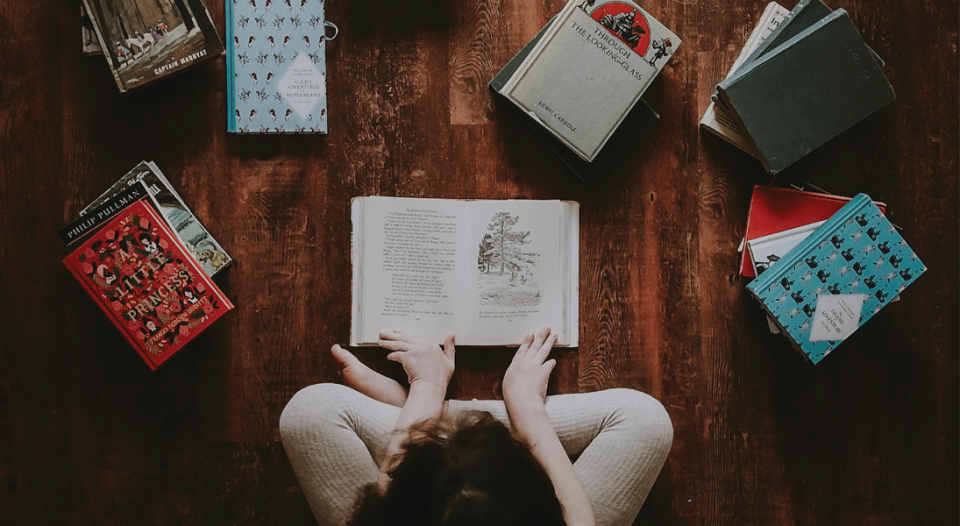 As a young girl, I was always thrilled when my mother took my brother and me to visit the library. The stacks seemed endless, and I loved that there were so many options—books, movies and music I could borrow for free. I read constantly in those days, cementing a love of meaningful art that has continued to flourish in my life.

But though I reveled in the choices and titles, I had a problem. I wanted to make sure I was reading, listening to and watching the right things.

I grew up in the evangelical church, but I’m learning that my experience is shared by many young Christians born in the 1980s and ’90s. Our parents wanted to protect us from content they thought might hurt us or our faith.

I’m not against children reading at their age level or parents restricting certain kinds of entertainment for young children. In fact, I’m thankful for many of those decisions my parents made. But I internalized some of their attempts to protect me from things I might not be ready for, along with a value judgment: some art was dangerous. It could change who I was and who I believed in, and that was a bad thing.

I internalized some of [my parents’] attempts to protect me from things I might not be ready for, along with a value judgment: some art was dangerous.

For years, I’d snap a book shut if I found even a hint of another religion or a fictional seance. I avoided anything that felt “new age” and was skeptical of magical worlds and stories of extensive self-reliance, worrying that it would dull my reliance on God. I continued to read and watch voraciously, but what I took in was “safe.” The art I consumed rarely made me uncomfortable.

In college, I read the Harry Potter books, a series boycotted by many of my childhood friends because of the sorcery it depicts. My parents had never told me to avoid sorcery, but by the time the books became popular, I was already avoiding things on my own that seemed worrisome.

During my senior year of college, I stayed up late devouring the Potter books between tying up the loose ends of my undergraduate career. In those pages I found themes of love, bravery and friendship. I found humor, warmth and grief. Far from the books threatening my faith, by the end I was convinced that a lot of truth had seeped into those words for me and other readers to find.

When I left my evangelical roots and began to find a home in the ELCA, I realized there were many faithful Christians who hadn’t interpreted being “in the world but not of it” to mean shunning R-rated movies.

After my experience with Harry Potter, I started looking for truth everywhere. When Brené Brown’s TED Talk about vulnerability went viral, I saw liberation, self-compassion and connection. When I watched Pixar’s Inside Out, crying all the way, I found powerful statements about emotion and why memory matters so much. I met up with truth in young-adult fiction and R-rated movies and self-help resources—sometimes even more than I did in traditionally Christian books and media.

Now I live my life with a lot less fear. When I browse the bookstore or the library, I’m not wondering if a piece of writing or a film will ruin my faith. I know it’s strong enough to withstand some battering.

Instead, I approach art with curiosity: What can I find here that’s beautiful, or that says something true about the world? What can I take away that will continue to inform how I think and behave?

Now, when I browse the bookstore or the library, I’m not wondering if a piece of writing or a film will ruin my faith. It’s strong enough to withstand some battering.

Children’s movies consistently get me. I cry with abandon, much more than I would have as a child. But when I watched Disney’s Moana and then, later, Pixar’s Coco, something in the back of my head came to life, worrying me again that I would find something to collide with my worldview.

Moana joins forces with a demigod, for example, and Coco is about the Day of the Dead, portraying an afterlife I didn’t recognize. But Moana finds a way to bring healing and forgiveness. From Coco I learned about a foreign cultural practice and was reminded of the importance of memory. These cultural contexts are important to the respective stories, but the films transcend their contexts and say something universal and true.

You don’t have to be Lutheran to love Babette’s Feast, but it doesn’t hurt. In the film, a woman teaches a table full of acidic guests about pleasure and celebration, serving them a meal fit for a monarch.

While I strive to embrace this idea in food, my practice now is also to embrace it in everything I consume, art included. It may be unfamiliar, or prepared differently than I expect, but that doesn’t mean it can’t be nourishing, a balm to the soul.

It’s not a children’s story