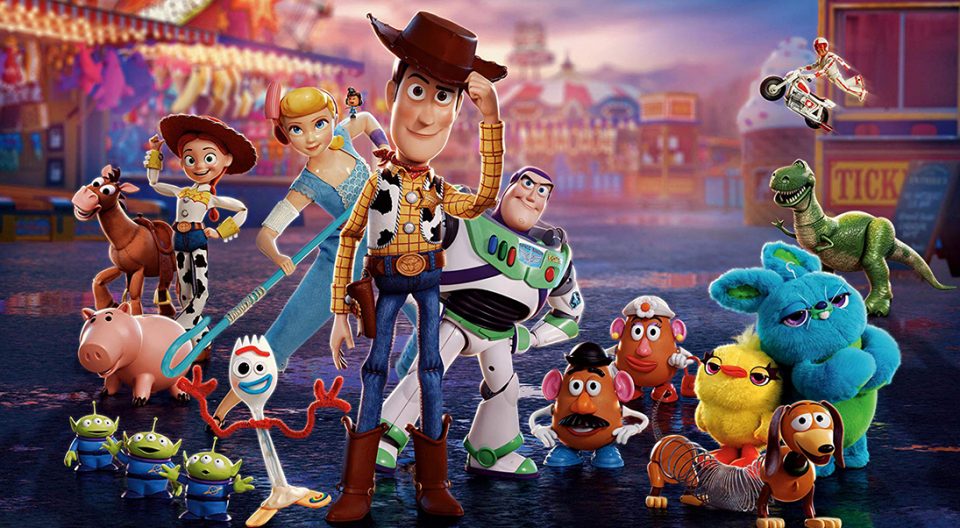 For a toy made in the 1950s, Sheriff Woody is pretty immature. In the almost 25 years we’ve known the central character of the animated Toy Story series, we’ve seen Woody sabotage the new buddy of his best friend, Andy, abandon his home for an impostor’s insincere affections, and grow resentful as Andy matures into adulthood. Even in the new Toy Story 4, he’s still struggling with these problems, refusing to acknowledge his own need to be needed and blaming others for their inability to meet his expectations.

We cut Woody a lot of slack, in part because he’s given voice by the always-charismatic Tom Hanks. But we also put up with his childish behavior because, to quote his exasperated reminder to Buzz Lightyear (Tim Allen) in the original Toy Story (1995), he is a toy.

Steeped in nostalgia from the beginning, the Toy Story series has become a touchstone of American childhood. Like many parents taking their kids to see Toy Story 4, I grew up with Buzz and Woody, and I wanted my kids to enjoy the stuff I liked when I was their age.

I take my children to these movies because I know that they’ll laugh at Buzz and Woody’s shenanigans, and because I hope they’ll take away the films’ messages on becoming more kind and understanding. But I’m always surprised at the sophisticated lessons each movie teaches.

In Toy Story 4, directed by Josh Cooley, that lesson came for me in the form of Bo Peep (Annie Potts), the porcelain shepherd who, absent from Toy Story 3 (2010), has become a “lost toy”—a toy that seeks out its own adventures, free from the mandate to please its owner. I’ve known a few lost toys in my life, those who set out on their own path, forgoing what I thought was best. And, to be honest, I’ve always resented them for that.

When Woody angrily demeans Bo Peep because she doesn’t want to live the same life as he does, I shared his self-righteous anger. I’ve condemned others for their failure to live up to what I think is goodness, what I consider God’s will, for failing to walk the same walk I’m on.

The early church in Corinth had the same struggle. In his first letter to the Corinthians, Paul instructs the early Christians by reminding them what love does. “Love is patient; love is kind,” he famously wrote. “It bears all things, believes all things, hopes all things, endures all things” (1 Corinthians 13:4, 7).

But the letter doesn’t end there. To acknowledge the difficulty and necessity of this type of love, Paul employs metaphors about maturity. “When I was a child, I spoke like a child, I thought like a child, I reasoned like a child,” he explains before declaring, “when I became an adult, I put an end to childish ways” (1 Corinthians 13:11).

Woody’s actions show me how childish my loveless self-righteousness is; Paul’s words show me its foolishness. My idea about goodness might be theologically correct and even helpful, but without love, it is incomplete. It is nothing. Only the full love that Paul finds in Christ has full goodness, and that love requires me to put aside my self-righteousness.

It’s taken me longer to learn these lessons than it has for Sheriff Woody to mature. When the inevitable Toy Story 5 comes along, I’ll probably still be learning. But if a toy cowboy can keep growing up, then I can mature in love too.