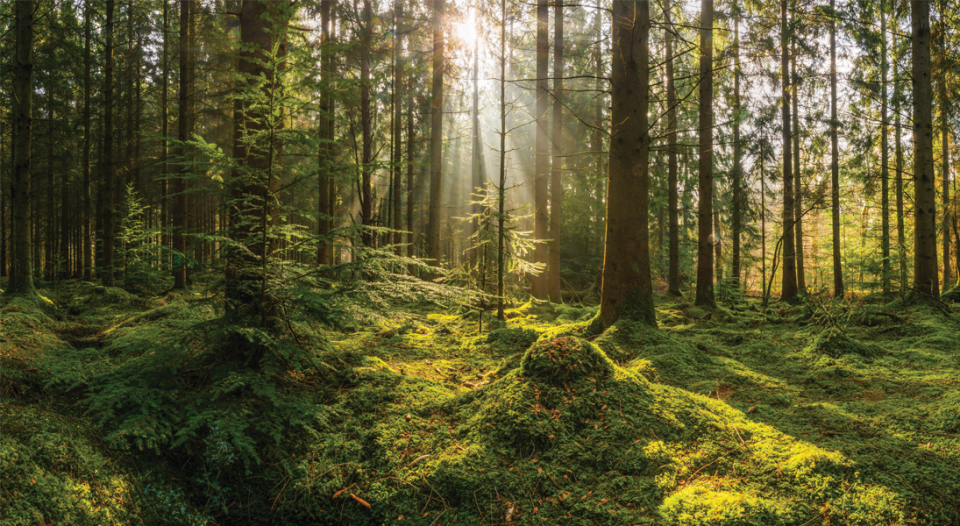 “On Ash Wednesday we hear a call to remember that we are dust, but at death in North America we often forget,” writes Ben Stewart in In Sure and Certain Hope: A Funeral Sourcebook. “The natural burial movement is a response to this forgetfulness.”

When their father died suddenly from pancreatic cancer in 1981, Rodger Ericson and his brother scrambled to make arrangements with an out-of-state funeral home. While the funeral came together quickly, Ericson struggled with the way his father’s body had been handled.

“They took care of everything and left me out of it, emotionally and spiritually,” said Ericson, a retired pastor in Cedar Park, Texas. “There was nothing grace-filled, warm or healing in the whole event.”

Benjamin Stewart, a professor at the Lutheran School of Theology at Chicago who specializes in worship and ecology, argued that American funerals have grown increasingly disconnected from both the earth and the human body. “There’s no other ritual that has a more obvious connection between the body and the earth than the funeral,” he said. “All of us, plants and animals, when we die, we return to the dust from which we were made. Our bodies return to the earth. Our breath returns to the God who made it. At times, Christianity has forgotten that side of death.”

Advocates of natural burial seek to reclaim that connection.

Stewart said natural burial incorporates three elements: preparing a body for burial without toxic embalming fluids, enclosing the deceased in a biodegradable vessel such as a wooden coffin or shroud, and returning it to the earth in an ecologically sound manner, ideally in a conservation area.

Also known as green burial or green funeral, the method is being recovered by Christians in the United States and England, Stewart said, adding that conservative Jews, most Muslims and Christians in South America simply call this “burial.”

When Ericson’s mother entered hospice care, he knew he wanted to approach her funeral differently, so he consulted experts from the National Home Funeral Alliance and discussed a plan with his mother. Ericson said he and his brother built her a plywood casket or “hope chest, so named because of our hope in the resurrection of her body when the Lord comes again.”

After she died in 2007, Ericson partnered with a home funeral consultant and his mother’s hospice caretakers to wash her body for burial while his pastor offered prayers. He then transported her body across state lines for her funeral and laid her to rest near her husband.

Natural burial involves preparing a body for burial without toxic embalming fluids, enclosing it in a biodegradable vessel and returning it to the earth in an ecologically sound manner.

He described the experience as healing: “The richness of giving those last expressions of love … and bringing her to her final resting place … was priceless. I would say it was one of the best things I did in my life.”

Some of the benefits of natural burial, Stewart noted, are more prayerful participation in caring for a loved one’s body and a deeper resonance with Scripture. Washing a loved one’s body for burial echoes “baptism and the care shown Jesus’ body by his followers after his death,” he wrote in his essay for In Sure and Certain Hope: A Funeral Sourcebook.

Bekki Lohrmann, a pastor who contributed “Rite for Preparing the Body for Burial” to the book, believes natural burial is empowering—both for individuals making end-of-life decisions and for those tasked with death care. “We used to do this in our homes and with the people with whom we live. There is something really beautiful about reclaiming that and taking that back,” she said. “If your values are such that you care about the environment and protecting it, [natural burial] is a really concrete way you can do something about that.”

A return to the earth

Natural burial is appealing to people who strive to care for God’s creation. It’s less harmful to the environment than traditional burial and even cremation—which, the Green Burial Council estimates, produces nearly the same greenhouse gas emissions as driving 500 miles.

Natural burial sites offer rich landscapes with minimal human intervention; a grave might be marked only by a carved fieldstone. An even stronger commitment to the earth can be made by those who support burial in a recognized conservation land-trust entity.

Stewart, who is writing a book about the theology of natural burial, suggested that laying a body to rest in a place of flourishing life signals the power of Christ’s resurrection and promise of new creation.

“Natural burial rips the veil off and says, ‘This is what we’re doing. The earth isn’t the enemy here. It’s your loved ones’ home—it always has been.’”

One aspect of natural burial that might surprise the grieving is its rawness, he noted. Those attending a procession witness nature’s beauty as well as its starkness, including a “gash in the earth” where the body is laid.

“Natural burial rips the veil off and says, ‘This is what we’re doing. The earth isn’t the enemy here. It’s your loved ones’ home—it always has been,’” Lohrmann added. “It just reframes the relationship with the earth.”

And, as Stewart remarked, there are ample opportunities to witness God in the “wild communion of saints.”

While visiting a natural burial ground with a married couple and their extended family on the anniversary of their daughter’s death, Stewart saw seeds from cottonwood trees float through sunbeams, creating a magical effect. “All of us who loved [her] felt like we were being showered in God’s mercy,” he remembered. “Creation is a way that God comforts us. That richness is offered to us through the simple way of doing natural burial.”

In the gloom, lean into the light

Lectionary blog: From death to life