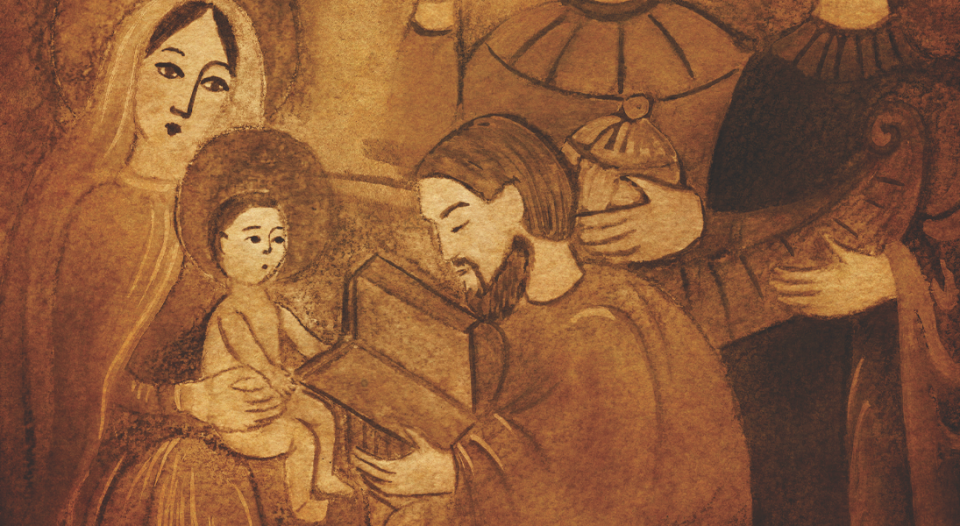 We tend to romanticize the nativity of our Lord to make it more comfortable and enjoyable. In fact, the birth of Jesus was more fearful than joyful and more anxious than calm.

As a Palestinian biblical scholar, I understand the birth of Christ told in the books of Luke and Matthew as a religious and political response to Roman imperialism.

Jesus was born under Roman imperial rule. In 63 B.C. the Romans conquered Palestine, and about 20 years later they appointed Herod the Great as king. The Romans economically exploited the Jews, who experienced poverty, disease and hunger. They threatened, imprisoned or killed those who resisted their imperialism.

To the best of our knowledge, Jesus was born around 4 B.C. This year was a memorable and challenging one for the Galilean Jews. Herod the Great died, leaving a poor economy, and the Jewish people rebelled. Syrian troops crushed the rebellions and burned down the city of Sepphoris in Galilee.

Throughout his ministry, Jesus didn’t distance himself from the social reality of the first-century Jews but cared about their spiritual and physical needs.

Historian John Dominic Crossan wrote in God and Empire: Jesus Against Rome, Then and Now (HarperOne, 2009) that those who could not hide from the Syrian legions “were killed, raped, and enslaved. Those who survived had lost everything.” Jesus grew up about 4 miles from Sepphoris, and his parents would have remembered this year very well.

The Jews found themselves trapped by Roman injustice and imperialism. The only way out was through God’s intervention, by ending the military occupation of Palestine and restoring David’s kingdom. Our Lord was born under these difficult circumstances. When the angels proclaimed to Mary that she would give birth to Christ, she, although terrified, responded with the Magnificat, calling God her Savior (Luke 1:47). Mary expected God to intervene to save the Jewish people from Rome’s tyranny.

Our Lord was born not only to save us from our sins but also that we “may have life, and have it abundantly” (John 10:10). Throughout his ministry, Jesus didn’t distance himself from the social reality of the first-century Jews but cared about their spiritual and physical needs.

Luke and Matthew used terms familiar to the Romans to make Christ superior to Augustus and Herod.

First, the Son of God and the census (Luke 2:1). Luke presents Jesus as “the Son of God”; the Romans called Augustus “the son of divine.” Augustus’ title, Imperator Caesar Divi Filius Augustus, has an equivalent meaning in English as “Commander Caesar, Son of the Divine.” The evangelist Luke correlates the date of the nativity to the census, which aimed to count the inhabitants of Palestine, with their animals and properties, for taxation. It was Augustus’ tool of oppression and exploitation. Describing Jesus as the Son of God, born in a manger, is a sign of his solidarity with the poor and resistance to Roman imperialism.

Second, “good news of great joy for all the people” (Luke 2:10). In The Roman Empire and the New Testament: An Essential Guide (Abingdon Press, 2006), scholar Warren Carter says the term “good news” “often denoted the empire’s benefits such as an emperor’s birth, military conquest, or accession to power.” Augustus’ birth brought “good news” by ending the war, which primarily benefited the elite. Jesus’ birth brought good news to all people—poor and rich, slaves and free—which challenged the hierarchy of Rome.

The nativity of Jesus Christ was a subversive attack on Rome’s imperial power and unjust peace.

Third, “King and Savior.” In Luke’s Gospel, the angels announce the birth of a “Savior and King,” the Messiah. Jesus was born in Bethlehem, the city of King David, which fulfilled the prophecy in Micah 5:1-2. Luke’s statement has a subversive tone because no one could claim to be a king without Caesar’s permission. Jesus is also the Savior who will rescue people from their sin and from Roman imperialism. Augustus was named a savior because he ended the civil war and brought stability and wealth to Rome.

Finally, the magi (Matthew 2). The story of the magi paying homage to Jesus functions as a critique of Roman imperialism because Persia was the enemy of Rome. Author Courtney Roberts points out in The Star of the Magi (New Page Books, 2007) that the magi were Zoroastrian priests skilled in interpreting dreams and understanding astrology. Looking for a king, these magi went not to Rome but to Bethlehem, which assured Matthew’s audience that Jesus’ divinity and kingship were superior to that of Augustus.

The nativity of Jesus Christ was a subversive attack on Rome’s imperial power and unjust peace. Jesus’ birth stands against all kinds of systemic injustices and military occupation. It is a message of solidarity with the disadvantaged.

Niveen Sarras
Niveen Sarras is pastor of Immanuel Lutheran Church in Wausau, Wis. She was born and raised in Bethlehem.

A season of difficult waiting

A letter to my children this Christmas

‘Silent Night’ at 40 degrees below