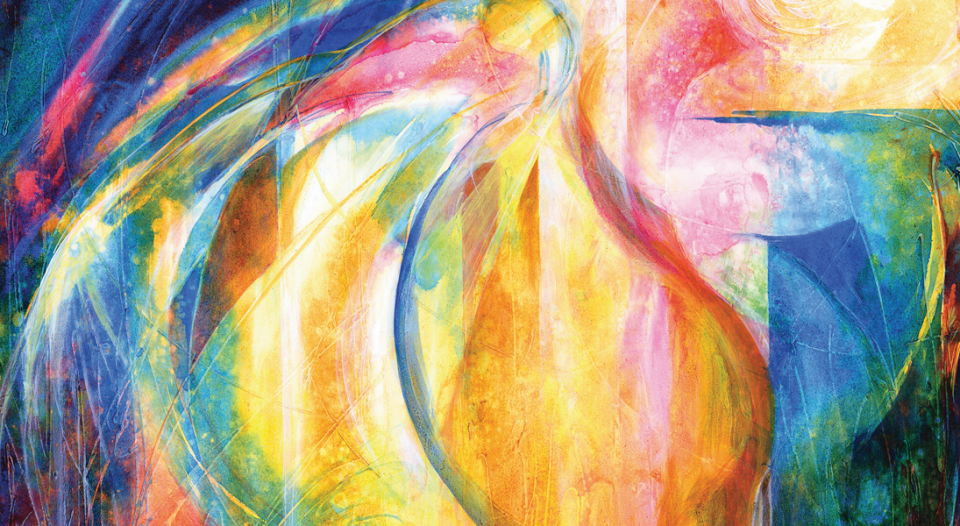 Timing is everything, but often the truth of this adage is seen only in hindsight. While we’re in the moment, the purpose of the time in which we find ourselves is hard to adjust into view.

Time has taken on a different kind of meaning these past 11 months. Months seem like years and days like minutes. We can’t tell one day from the next, as the boundaries that mark hours are blurred by homebound life and the upheaval of our rhythms.

Everything we have counted on to give life purpose and meaning—the rituals of life and death, the ways we go about relationships and maintain community, the security of jobs and the satisfaction of outside pursuits—has been taken away by something we can’t even see and by a reality we didn’t want to see. Add a hard-to-swallow dose of political machinations and it’s enough to believe that we’ve been thrust into a different time zone altogether.

We know all of this, but that doesn’t make it easier to accept, especially when we face yet one more holiday that won’t be as it once was. We long for that “once was” time—the pre-pandemic way of life and the pre-George Floyd way of looking at life.

Nostalgia is hard to let go of, particularly when the transitions are abrupt and leave us feeling out of control. And denial is hard to give up when it has worked so well for so many years.

Without our usual places for living out our faith this past year, we’re having to reimagine the spaces God might choose to reveal God’s self—in barns and mangers that, over the centuries, we replaced with buildings and best practices, rubrics and rest-assured structures.

The time in which we find ourselves—as individuals, communities, a nation, a world and a church—is much more than unprecedented. It’s unnerving, unsettling. Upending and upheaving—suspended in that in-between space caused by pandemic and protest, by disbelief and dystopia, by resistance and revolution.

But as Christians, we know this time well—the time between the already and the not yet of the kingdom of heaven. The time between God so loved the world and waiting for it to come true. The kind of time that Mary understood. The kind of time coiled with the tension between “How can this be?” and “Nothing will be impossible with God” (Luke 1:34, 37).

This time can feel interminable.

Mary reminds us of this kind of time, gives voice to this kind of time. We have just forgotten it as Christianity became mainstream and even popular, as it became a kind of tame, feel-good spirituality, regularized by denominational affiliations and marked by doctrinal warring. Somewhere along the line we lost sight of the kind of time we are called to keep.

For Mary, Christmastime is but a microcosm of the time she will be asked to keep her whole life. In John 2:5, she pushes Jesus out the door (“Do whatever he tells you”), knowing who he is and what he has to do. And then she finds herself at the foot of the cross. She births the savior of the world, whose breath will be smothered by the world.

Mary’s song would make our world a different place, a better place, a place where we might even catch a glimpse of the kingdom of God. It’s a song that trusts in God’s future, and it’s sung to insist on making God’s future present for all people.

And so, Mary’s hope is an honest one. She hopes in the endless possibility of God, but she knew the truth of the cross long before we did—that empire silences the protesters, speaks lies for its own gain and crushes those who stand in the way of its privilege.

Maybe that’s why she asked “How can this be?” as she pondered the forces that stifle love with hate. Of course, we know the story Mary did not—where this Jesus movement would go.

When the church is at its best, it embodies the Jesus movement by truly contesting for the kingdom of God. At its worst, the church settles into complacency and complicity, a kind of denominational satisfaction or competition.

We need Mary’s reminder that we don’t know the whole story either. We cling to that honest hope. To do so is to lean into a kind of trust we haven’t had to count on in a long time. The kind of trust that is able to utter, “Nothing will be impossible with God.”

We have to read ahead in Luke to Mary’s song, for it’s here that she sings of the trust on which she drew to move herself from “How can this be?” to “Nothing will be impossible with God.”

We hear Mary’s version of God, who looks with favor upon the lowly; who regards those we would overlook; who calls her blessed; who scattered the proud in the thoughts of their hearts, who brought down the powerful from their thrones and lifted up the lowly; who has filled the hungry with good things and sent the rich away empty. Her God, who has helped servant Israel, in remembrance of mercy, because God keeps God’s promises (Luke 1:46-55).

And because God keeps God’s promises—and all of the promises Mary names—she can lean into God’s possibility while not fully understanding what it means for her, her son or the world. That the birth of her son would upend the world—but not before it made sure to silence him. That the joy of parenting would also mean the suffering of watching her son die. That sometimes favor and regard will also call us to love fervently and relentlessly.

Maybe what will be born from these times in which we find ourselves are new possibilities for how we imagine God’s presence—a presence that we made too predictable by ecclesial practices and expectations, by denominational smugness and theological sparring.

Without our usual places for living out our faith this past year, we’re having to reimagine the spaces God might choose to reveal God’s self—in barns and mangers that, over the centuries, we replaced with buildings and best practices, rubrics and rest-assured structures.

Maybe this was God’s intent all along, why God chose to become one of us—to upend our normal. And maybe this is why Christmas has to come every year—to remind us, once again, that the normal we create isn’t the normal God wishes for us.

As a result, one unspoken aspect of grief in this time of protest, pandemic and partisanship is that the ways we’ve come to know God and embody belief have been taken. We find ourselves asking, “Is what I believe about God still true anymore? Is my faith strong enough to find other ways of expression?”

In times like these, theology is no longer a given, if it ever was. We are constructing and reconstructing, deliberating and dialoguing about meaning. For Christians, finding meaning always involves asking, “What is God up to in all this?”

The usual reason for Mary’s question “How can this be?” is her incredulity about being pregnant. “How can I possibly be carrying a child when I am a virgin?”

But what if, behind her question, lurked a list of additional questions: “What am I supposed to tell my family?” Or “Who is going to be there during labor?” Or “How am I supposed to raise a baby by myself?” Or “Who am I for God to choose me?”

The angel Gabriel anticipates her layered fear: “Do not be afraid, Mary, for you have found favor with God. And now, you will conceive in your womb and bear a son, and you will name him Jesus. He will be great, and will be called the Son of the Most High, and the Lord God will give to him the throne of his ancestor David. He will reign over the house of Jacob forever, and of his kingdom there will be no end” (Luke 1:30-33).

Because Christmas is not just a day but a way of being.

Mary’s song would make our world a different place, a better place, a place where we might even catch a glimpse of the kingdom of God. It’s a song that trusts in God’s future, and it’s sung to insist on making God’s future present for all people.

How can we sing this song that both comforts the lowly and topples empires, that gives hope to the hopeless and speaks truth to unchecked power? Mary gets from “How can this be?” to “Nothing will be impossible with God” through the promise of the Spirit. We sing because the same Spirit has been promised to us.

That Spirit has been showing up week in and week out, no matter how or where we worship. No matter if it’s by Zoom or in a parking lot. No matter if all we have to share at the Lord’s Supper is ginger ale and a Ritz cracker.

We might not yet be able to say “Nothing will be impossible with God,” and that’s OK. We may need to occupy that in-between place a little longer—and we may have to.

This Christmas won’t be normal for any of us. But it just might be like that first Christmas, and we might find ourselves not at the inn but in the barn, sitting by the manger next to Mary.

There is no going back to normal. Mary knew that as well. She realized this truth as she found herself between who she thought God was and who God needed her to be. But isn’t this the very heart of the gospel?

Maybe this was God’s intent all along, why God chose to become one of us—to upend our normal. And maybe this is why Christmas has to come every year—to remind us, once again, that the normal we create isn’t the normal God wishes for us.

Christmas is this very promise and perhaps one that can be easy to forget. Before Christmas became presents and pageants, dinners and decorations, Jesus’ birth was a threat to those in power. It was a threat to those who, in no uncertain terms, wouldn’t allow their privilege to be taken away and to those who had become gods of their own making. Christmas was, if you will, unprecedented.

This Christmas won’t be normal for any of us. But it just might be like that first Christmas, and we might find ourselves not at the inn but in the barn, sitting by the manger next to Mary. Waiting for her world, our world, to be changed, even to be reborn. Indeed, it’s time for new.

Mary, the mother of Jesus

Living in Mary's time
Every mother who experiences the nine-month miracle of childbirth knows about waiting, wondering, hoping, dreaming and praying. Imagine how those emotions and experiences were for the mother of God incarnate. Told by the angel Gabriel that she, while still a virgin, would bring to birth the Son of God who would save the world, Mary lived in the tension between “How can this be?” and “Nothing is impossible with God.” As COVID-19 disrupts our lives and our faith practices, many of us find ourselves in this middle ground between “already” and “not yet.” What can we learn in this state, and how can we grow?
Download Now