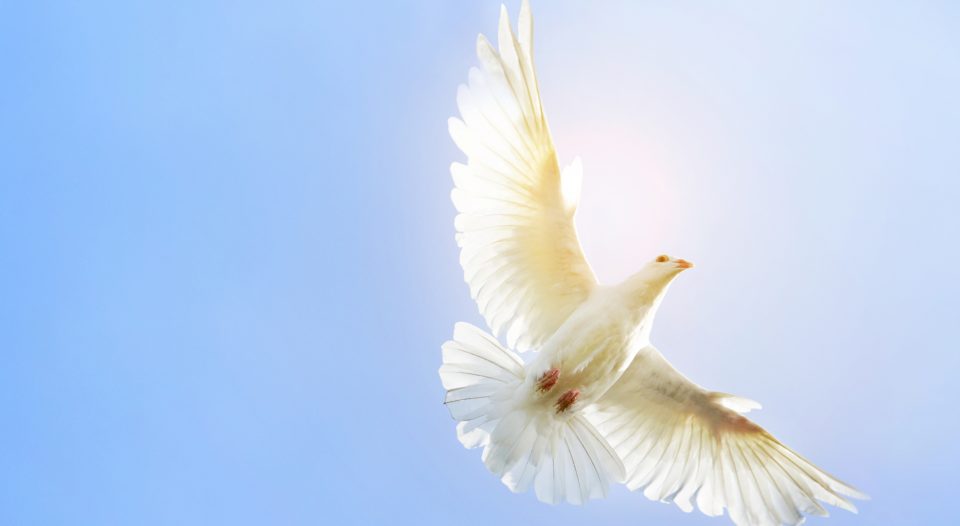 I usually think of the Bible as a recording of God’s interactions with God’s people from several inspired human perspectives. But every so often in Scripture we are presented with descriptions of God’s interior life, emotions, thoughts and even surprise. Both passages this week include God setting up a sign in the sky to communicate an emotion-laden message to Jesus and to Godself.

The Genesis passage describes God’s covenant with Noah, his family and all animal life on earth. God promised to never again wipe out all life by a flood and set a bow in the sky as a reminder of this covenant. The rainbow, contrary to my son’s children’s Bible, isn’t a sign primarily for the people, but for God. In Genesis 9:14-16, God specifically said the sign was to be a reminder to God not to violate what was promised to all animal and human life. God was the cause and recipient of the rainbow promise.

This is one of those passages that speaks about God’s internal process. The text could very easily have said what our children’s picture Bible says: the rainbow was a sign for Noah that God wouldn’t send a world flood again. But God set up a reminder for Godself. Noah was told: “When the bow is in the clouds, I will see it and remember the everlasting covenant between God and every living creature of all flesh that is on the earth” (Genesis 9:16).

God has a complex emotional life and is filled, moved and, according to several prophets, overwhelmed by divine emotion:

For a brief moment I abandoned you,
but with great compassion I will gather you.
In overflowing wrath for a moment
I hid my face from you,
but with everlasting love I will have compassion on you,
says the Lord, your Redeemer (Isaiah 54:7-8).

A cursory review of Scripture reveals many times when God was provoked to wrath. God knows this about Godself. So the Lord set a sign in the sky to remind God of God’s promises, lest regret at making humans would overwhelm God’s love for the children (again). Many theologians, preferring a Platonic non-moved God, have tried to smooth over these emotional descriptions of God. But we do ourselves and Scripture a disservice if we ignore God’s rich emotional life portrayed on virtually every page of Scripture. Thank heavens (literally) for the prophets and mystics who have reminded us time and again of God’s emotional life.

The goal of the heavenly vision and voice seems to have been an encouragement to Jesus.

As Jesus was coming up out of the Jordan River after being baptized by his relative John, he saw heaven split open and the Spirit descending upon him like a dove. He heard a voice saying: “You are my Son, the Beloved; with you I am well pleased” (Mark 1:10-11). In this telling, the voice was only for Jesus. We are still early in the Gospel of Mark, and the messianic secret must still be kept. A public vision of heaven opening and the Spirit descending upon a man would have done wonders for winning Jesus acclaim and followers, but that wasn’t the goal yet.

The goal of the heavenly vision and voice seems to have been an encouragement to Jesus. Immediately (as is usually the case in Mark’s rushed narrative) after his baptism, he was driven out to the wilderness to be tempted. The temptation didn’t begin immediately, but only after surviving 40 days in the wilderness, which was a challenge enough on its own. Jesus was in store for a tough time, but he had God’s words ringing in his ears: “You are my Son, the Beloved; with you I am well pleased.” God was concerned with Jesus’ emotional experience and wanted to make sure that, during the difficult period of temptation and near-starvation, Jesus knew that God loved him. This sign wasn’t primarily for the people, but to speak emotional encouragement for the difficult times ahead—such as from a parent reminding a child that she is beloved.

Friends, if God intentionally sets up reminders and signs to prevent Godself and Jesus from being overwhelmed with negative emotions, certainly we humans who are the image-bearers of God also ought to think about memorializing our identity as beloved children of God before difficult times come. Times have been tough recently. We will be overwhelmed with anger, fear and doubt—that is normal. Even God’s emotional life is a roller coaster! What signs can we set up for ourselves and how can we listen for the divine voice before we struggle so that, in the midst of difficulties, we do not falter?

I suggest daily looking to the cross, the eucharist, our baptismal waters and Scripture. Let us think about fulfilling Jesus’ commandment to be mature like our Father in heaven (Matthew 5:48) and remind ourselves of God’s presence and grace as we endure the ups and downs that will surely come.