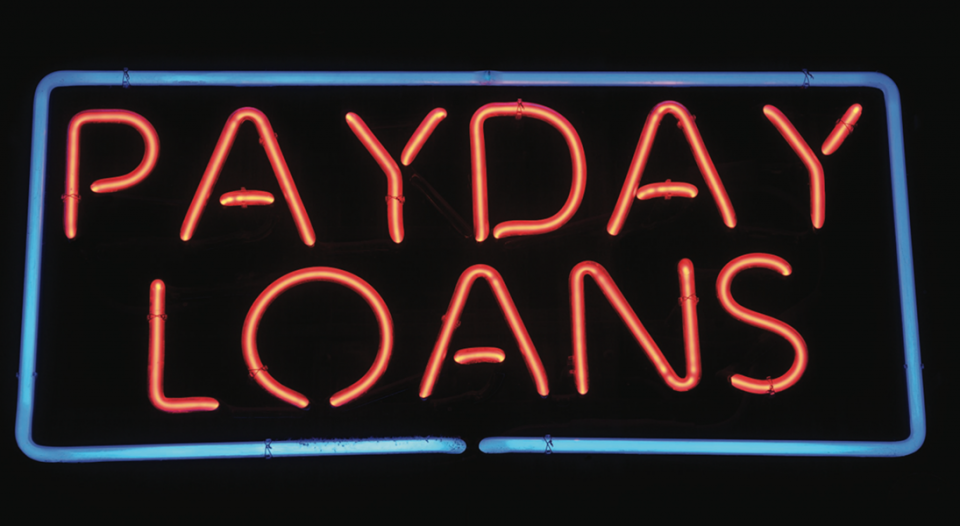 For almost a decade, congregations in the Minneapolis Area Synod have been advocating for state policy changes on payday lending (see below). Two years ago, the synod received a Community Innovation grant from the Bush Foundation that enabled it to organize for reform, partnering with community leaders in areas around the state where payday lending happens on a large scale.

“The funding gave us the capacity to think more creatively about how we’re trying to get [legislation] passed for Minnesota, and that led us to the city of Moorhead, which has city leadership that has had a long interest in this,” said Meghan Olsen Biebighauser, the synod’s congregational organizer for economic justice. “They were No. 2 in the state for payday lending per capita, which is alarming because it’s not a big city.”

But the two payday lenders in Moorhead closed their businesses after a new city ordinance took effect Jan. 1 that set an annual interest rate cap of 33%, a limit of two loans per borrower per year and a 60-day minimum for repayment. With the assistance of Lutheran organizing efforts, Moorhead has become the first city in Minnesota—and one of the first in the country—to regulate lending on its own.

Biebighauser said the ideal policy change would be a statewide interest rate cap at 36%. “That’s what the federal government uses to cap rates for military personnel, so it’s an extension of that; let’s do this for everyone,” she said. “Seventeen states and D.C. currently have that rate cap in place, so it’s not ridiculous to think Minnesota should join them.”

“One thing that’s just a no-brainer issue for any of the major faith groups is the prohibition against usury and taking advantage of people with extremely high interest rates.”

Bill Tesch, bishop of the Northwestern Minnesota Synod, was director for evangelical mission in the South Dakota Synod in 2016 when that state passed legislation to establish a 36% interest rate cap on loans. He was involved in an interfaith group that advocated for the South Dakota law, and now he’s adding his voice to the cause in Minnesota. Recently he testified before the state commerce committee on HF 102, a bill to cap interest rates for short-term loans.

“One thing that’s just a no-brainer issue for any of the major faith groups is the prohibition against usury and taking advantage of people with extremely high interest rates,” Tesch said. “It’s just very difficult to make any kind of theological case for that type of business practice.”

But until legislation is passed at the state level, Biebighauser said, the Minneapolis Area Synod and community organizers they’ve partnered with are continuing their advocacy efforts across Minnesota, hopeful that the “Moorhead model” can be replicated in other cities.

One of those cities is Mankato, where Collette Broady Grund is a pastor of Bethlehem Lutheran Church and also serves at a homeless shelter. She wasn’t aware about the issues payday lending posed in her community until she met with Biebighauser and others from that synod.

“They were looking for someone in our area to work with because the county—Blue Earth—is one of the highest for payday lending,” she said. “I was really surprised to hear that, because I didn’t even know where a payday lender was
in Mankato.”

“People feel very ashamed, even though [payday lending is] obviously designed to trick people to take money that they can’t pay back.”

Grund said she later learned there is only one payday lender in Mankato—located in a pawnshop—but that it did more than $3 million in loans last year. Wanting to know more about how this affected the community, she posted on Facebook asking to hear from people who had experience with the lender.

One woman replied, saying she would share her story if it was kept private. “People feel very ashamed, even though [payday lending is] obviously designed to trick people to take money that they can’t pay back,” Grund said.

Another woman replied, telling Grund she had just paid off her two loans, which started at a total of $300 and took 18 months to pay off.

Grund said she has an ongoing pastoral relationship with both women, neither of whom felt as if she fit in church before. And last year the pastor held an online ecumenical forum with clergy in Mankato to talk about payday lending issues and why churches should be involved.

“We all have people we know who are struggling financially,” she said. “I think we’re beyond the awareness-raising point now and trying to figure out strategically how we get more attention to the legislation that will put an end to this practice.”

From hardship to freedom

Study guide: From hardship to freedom

Catalysts for justice and grace