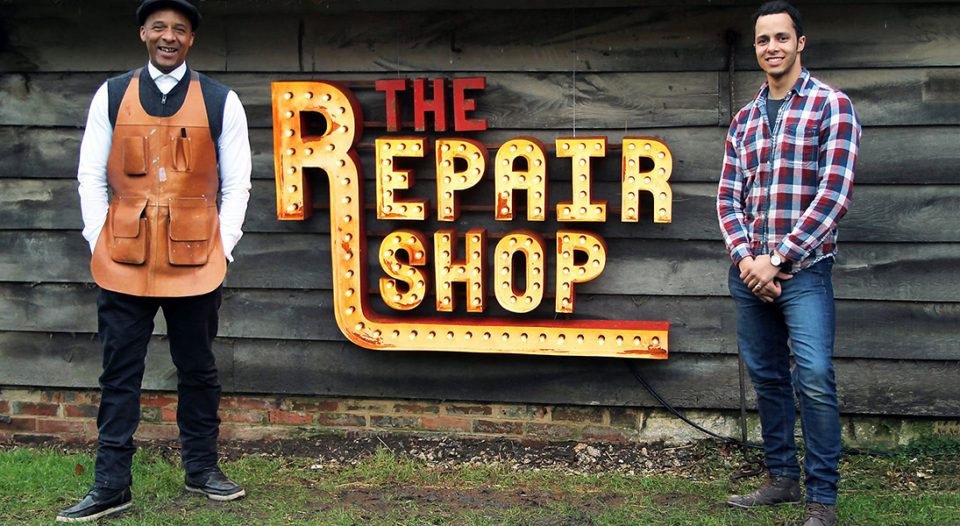 If you’re like me, the pandemic has brought you to all sorts of new streaming shows you might never have discovered otherwise. One of my favorites is The Repair Shop, a charming British reality series (available on Netflix) in which people bring family heirlooms and other treasures that have seen better days restoration experts.

I’ve always been a fan of good transformation narratives. I am always up for an interior decorating show, though often the transformation appeals to me less than the idea of starting from scratch. Old things are discarded to make room for new things.

Hopeful people bring their items to The Repair Shop. One man brings a broken watch that his grandmother once sewed into her clothing before entering a prisoner-of-war camp. It’s tarnished, and its insides are clogged with the dirt and dust of many years. No wonder it isn’t working.

Steve, who specializes in clocks and other mechanical things, gently cleans the watch, polishing all the components, and gets it ticking again. I was moved to see the owners get the watch back. It’s not just a watch but a symbol of how much they lost—and what was saved, against all odds.

We also meet Kirsten, who restores ceramics; Lucia, who works on paintings; Will, a carpenter; and Sonnaz, who restores upholstery, among others. They focus on their respective strengths but sometimes pass a project around, working to get things just right.

At first, I was nervous when someone brought in an object that looked beyond repair. I didn’t want to encounter the item that the team couldn’t bring back to life. But after a while, I welcomed those things that seemed irredeemable. I looked forward to watching Kirsten glue a cracked vase and repaint its delicate pattern so that the damage was invisible. I gloried in the painting with a hole right through the middle, knowing that Lucia had the situation in hand.

Sometimes things come along that you didn’t know you needed. I had no idea that I needed this cozy little British show about restoring objects rather than throwing them away, about honoring the past even when doing so is uncomfortable.

During lockdown, I’ve mourned so much that has been lost—the big things, like my grandfather, last spring, and the smaller ones, like introducing my daughter to story time at the library. I haven’t been at my best during these many months. Self-care can fall woefully short at times such as these.

But as things begin to open up and there is hope on the horizon, I think about what it would be like to bring the tatters of this recent time, of myself, to The Repair Shop. How would the cast transform me, the body and mind and soul that I’ve had since birth and hope to retain for some time?

The Repair Shop doesn’t fix people, as soothing as it is to watch. But something about the gentle care the restorers take with every story, every object, reminds me of the way God cares for us. The Repair Shop is a show about redemption and, as a Lutheran, I can’t think about redemption without thinking about the way God accepts us as we are—complicated stories, chips and cracks, bad glue jobs and all. We are never so tired or broken or far gone that God decides we’re not worth dealing with. Never do we go in the trash. Instead, we are lovingly restored by expert hands.

The trauma, loss and pain of the pandemic will not quickly disappear. Many of us will be undergoing restoration for some time. The damage may not always look reparable to us. Still, some of God’s movements are tiny but so precise.

If we place ourselves in God’s hands, moving in the ways God directs, there will come a time when we look at what was broken and wonder where the crack used to be. Not in a distant time or place, but here and now, on Earth.

Feasting in the age of COVID