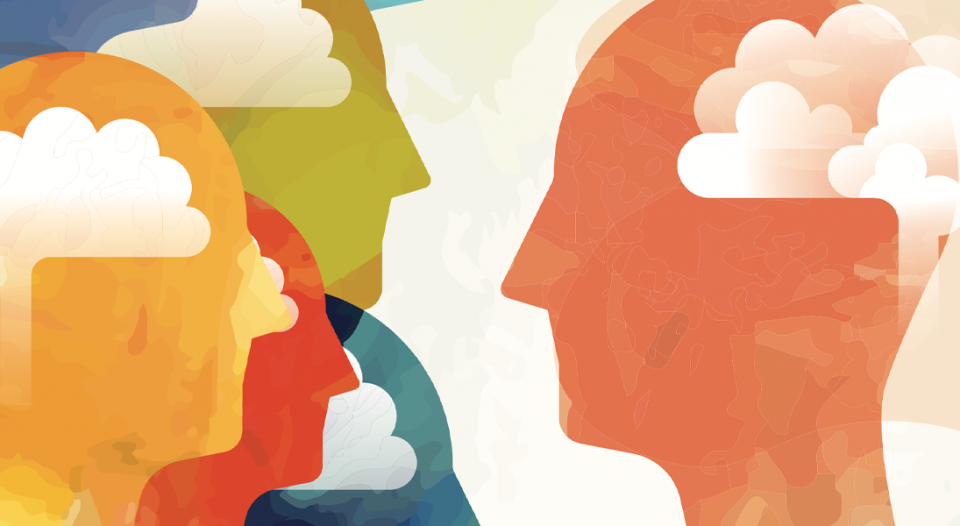 With a global pandemic, a tumultuous election and social justice issues coming to the fore over the past year, many have found themselves engaged in difficult conversations with family, friends, parishioners and even total strangers. These discussions can sometimes be productive, but they can also lead to hurt feelings, misunderstandings and disagreements.

“Things have gotten pretty charged this past year in a lot of different ways in our area,” said Seth Nelson, pastor of Faith Lutheran Church in Ronan, Mont. “People come charged into most situations—they know what they think and they know how to demonize the other side.”

In a world shaped by 24-hour cable news, social media and misinformation spread online, how can Lutherans cut through the noise and speak to each other with civility, compassion and understanding?

People across our church frequently engage in difficult conversations. How can we approach sensitive topics from a faith-based perspective and facilitate discussions in which we truly listen to each other—discussions that bring us closer rather than drive us apart?

“This is important to me and the work I do,” said Trone Garriott, an ELCA pastor who represents the state’s 22nd Senate district. “It’s important that we’re having prayer in the Iowa State Senate that’s reflective of all people in Iowa, because we have religious freedom and that applies to everyone.”

Initially she received no pushback, but a video of the reading that she shared online made its way to an anti-Muslim website, sparking a flurry of angry emails, comments and letters. Trone Garriott was dismayed by that response, but the moment also opened a dialogue with a Senate colleague who also expressed disapproval of the prayer reading.

“It’s really good to have those experiences of seeing life from a different perspective, being a little uncomfortable.”

“We ended up having a lot of conversations over the course of the year,” she said. “He doesn’t have women ministers in his tradition, and he said he wanted to hear me preach and came out for worship. We went to coffee afterward, and he told me he was really bothered by me sharing that poem because, to him, the name ‘Allah’ represents something other than God.”

Trone Garriott conceded that sitting down one-on-one with someone of an opposing viewpoint may be hard, but it also can help people understand each other better.

“It’s really good to have those experiences of seeing life from a different perspective, being a little uncomfortable,” she said. “And that gets you to a place where you are engaging with people who are different from you and having those hard conversations.”

Nelson also understands the importance of seeing people as individuals rather than members of one political party or group. The pastor of a “purple congregation” that skews slightly more conservative, Nelson tries to approach controversial topics in a way that allows Faith’s members to see issues on more personal level.

“They used to say all politics is local, and I’m a firm believer that all ministry is local,” he said. “Our politics have become incredibly national—the leaders we send to Washington are more representative of their party vote than their state vote. The more we can localize it and say, ‘What are our concerns here and how do we fit in this?’ the more likely we are to see things in a less partisan way.”

“The thing I try to practice in church is to speak to issues without making it partisan.”

“The thing I try to practice in church is to speak to issues without making it partisan,” he said. “The big draw is to point fingers all the time, and I see that most on cable news networks and on social media. But to fuel that, you need a bad guy on one side, and that gets really awkward in small towns and small churches.”

Since the killings of George Floyd, Breonna Taylor, Ahmaud Arbery and other people of color sparked protests and renewed calls for racial justice last summer, many people in the United States have engaged, and are continuing to engage, in difficult conversations about race and in anti-racism work.

For Americans of African descent such as Kwame Pitts, who leads a predominantly white congregation as transitional pastor of Crossroads Lutheran Church in Amherst, N.Y., those conversations are long overdue. “When we are talking about systemic racism and oppression, people of European descent have not had frank and open conversations with each other about the nation’s original sin, which is racism,” she said.

To make progress in discussions about race, Pitts argued, white people must be not only open to having these difficult conversations but also willing to look hard at themselves and the history of the institutions they are part of, including the church.

“It goes beyond the general surface—it’s getting down to the dirty and doing the work to understand each other.”

Such work includes recognizing things one may need to change about their own complicity in those systems and acknowledging mistakes made in the past. It also means truly listening to and understanding the experiences of Black Americans, which is critical for dismantling both systemic and overt racism.

“We have to go past ‘love your neighbor,’” she said. “It goes beyond the general surface—it’s getting down to the dirty and doing the work to understand each other.”

Seeing each other as children of God, Pitts said, will help make these conversations not only possible but successful.

Taking the time to listen is a major aspect of the ministry of chaplains, particularly those who work with the military and first responders. Dealing with trauma—and post-traumatic stress—can lead to an overwhelming sense of loneliness and isolation. For individuals struggling with those feelings, the first step to recovery can often be simply having someone acknowledge what they’re going through.

“There is a shift in people where it goes from ‘nobody understands what I did,’ to ‘nobody understands me’—the rejection of the person, which is a form of shame,” said Aaron Fuller, a bi-vocational pastor serving as a U.S. Navy Reserve chaplain. “A lot of the ministry I do is trying to remind people that their story needs to be heard [but that], at the end of the day, they’re not their story.”

Hearing those stories, Fuller said, is part of his role as a chaplain: “That’s where it differs from my ministry as a pastor—as a pastor, I feel the expectation that I have to speak. As a chaplain, my first step is to simply listen.”

Megan Rohrer, who responded to traumatic deaths in their (preferred pronoun) role as chaplain for the San Francisco Police Department, echoed Fuller’s observation: being able to say the right thing is less important than offering a sympathetic ear.

“The interesting thing about trauma and what happens in the midst of grief is [that] our cognitive ability limits what we’re allowed to take in,” Rohrer said. “I don’t have to be everything for someone in that moment—I was the first one they encountered in the most stressful situations, but most people, neurologically, don’t have the capacity to convert to a new religion or take in everything.”

“As a chaplain, my first step is to simply listen.”

Rohrer said ministering in moments of crisis is less about what you say than how your presence and support affect someone. “They don’t remember what you said but how you made them feel,” they said. “My goal was to make them feel they’re not alone in the hardest time in their lives.”

Rohrer and Fuller both pointed out that active listening can create a safe space where those dealing with trauma can process their feelings and heal.

As a police chaplain, Rohrer also helped people make their voices heard. In addition to blessing badges and praying for officers, Rohrer served on an executive committee that developed a plan for bias-free policing and participated in a forum at which San Francisco Police Chief  William Scott apologized for unjust policing of the LGBTQIA+ community. They also served as support staff for the police during nonviolent protests in the city, providing logistical support and serving as a barrier between protesters and counterprotesters.

“The work I’ve done in San Francisco has been everything from giant protests about white supremacy to tiny protests about one issue on one block,” they said. “In those situations, I try to be someone centered in my faith and dignity in God, so that no matter what anyone says during a counterprotest, I’m representing the civility of God.”

Rohrer is well-suited for facilitating conversations of social change. They are the first openly transgender bishop to serve in a major Christian denomination in the United States, having been elected by the Sierra Pacific Synod last May. And since coming out as transgender more than two decades ago, Rohrer has had numerous difficult conversations with people about their gender identity and faith. “I was born and raised in Sioux Falls, S.D., where it may be illegal for me to go to the bathroom or get health care in certain spaces,” they said.

“It’s not with the purpose of winning an argument, but to remind them that God’s creativity is bigger than they realize.”

In challenging discussions, Rohrer tries “to listen to people and what they’re communicating and then thank them for communicating with me. Then I bring them to Scripture and stories of Jesus, reminding them that God loves me and claims me.

“And it’s not with the purpose of winning an argument, but to remind them that God’s creativity is bigger than they realize.”

Taking a faith-based approach to these conversations, Rohrer said, has helped people see them as not just a transgender person but a fellow child of God. Rohrer reported that some people have apologized for judging them initially, adding, “I would really encourage people to notice when others have changed their mind.”

No matter how difficult these conversations may be—whether they center on politics, race, trauma or identity—Rohrer believes they are worth the hard work and can help change people, and the world, for the better.

The joy of third things

"Do you see God in me?"
“Can we talk?” the late comedienne Joan Rivers used to ask in her stand-up routines. Posing that question to today’s polarized culture, the answer is increasingly “no.” What passes for civil discourse is frequently anything but civil. As a result, many important conversations are either not taking place or aren’t being very productive. But as people of faith, we can find a better way.
Download Now