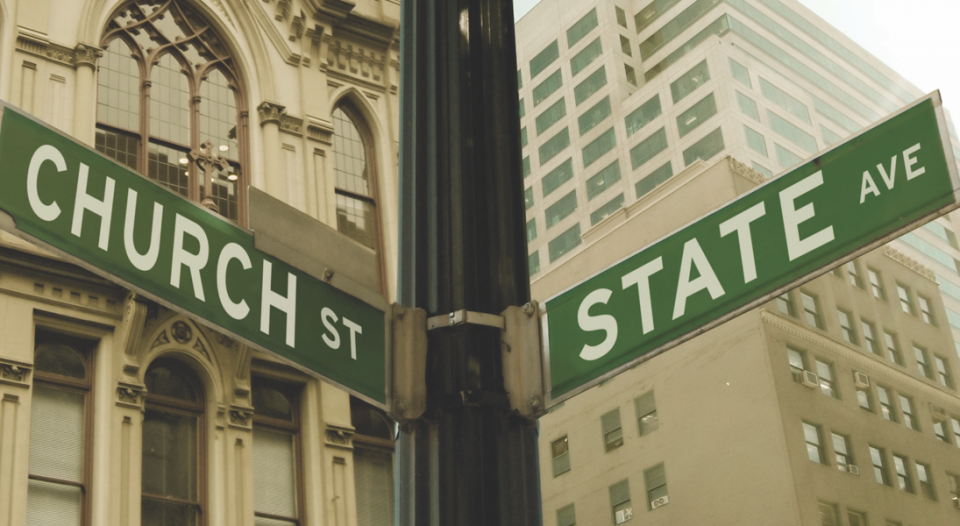 People who work for “the government” get called lots of things, but rarely “prophet, priest, angel, and savior.” That’s how Martin Luther referred to a faithful “jurist”—or government worker—who, he said, should be regarded as highly as clergy (Luther’s Works, Vol. 46).

In Luther’s expansive understanding of vocation, every baptized Christian has a calling, including government officials. For 500 years, Lutherans have joined other Christians who recognize that those who serve in government fulfill crucial roles without which a society cannot function. Indeed, we believe that government is ordained by God.

Article 16 of the Augsburg Confession states that Lutherans teach “that all political authority, orderly government, laws, and good order in the world are created and instituted by God and that Christians may without sin exercise political authority” (The Book of Concord; Fortress Press, 2000).

But in recent decades, Americans’ trust in government has plummeted. A Pew Trust survey revealed that the percentage of U.S. citizens who trust the federal government to do what is right declined from 77% in 1964 to 17% in 2019. Recent polls show that more than half of us believe our democracy is under threat, and many even fear our polarized nation may be headed for civil war.

“God calls God’s people to be active citizens and to ensure that everyone benefits from the good of government.”

Convinced that members of our church seek guidance in these matters, and that Lutherans have much to contribute toward rebuilding civic confidence and mutual trust, the 2019 ELCA Churchwide Assembly took action. Voting members directed the church to develop both a social message and a social statement on “government, the nature of civic engagement, and the relationship of church and state.”

In June 2020, the ELCA Church Council adopted a brief social message, “Government and Civic Engagement in the United States: Discipleship in a Democracy.” It declares that our church “holds to the biblical idea that God calls God’s people to be active citizens and to ensure that everyone benefits from the good of government.” The message offers 14 guidelines by which Christians may assess whether government achieves God’s intention for it, that “the neighbor is being served.”

If a brief social message is akin to Luther’s Small Catechism, the more comprehensive social statement will be our church’s large catechism, or teaching statement, on government, providing a framework for church engagement. It will go deeper in wrestling with governing an increasingly diverse nation and navigating the complex issues we face each time we enter a voting booth or engage in advocacy with our legislators.

The statement’s gestation period will continue until 2025. More than 500 individuals offered input for the message, but the church hopes that thousands will weigh in on the social statement as study materials and drafts are circulated throughout the church. Adoption of social statements requires a two-thirds vote of the nearly 1,000 assembly voting members who represent the ELCA.

From a field of more than 80 individuals recommended for the social statement task force, the Church Council selected 17. This diverse group includes pastors and deacons, elected and appointed government officials, and attorneys and scholars with expertise in government and political science.

Laurie Jungling, bishop of the Montana Synod, said the group is grappling with a broad range of issues. She believes the statement can help counter a widespread “Christian nationalism” that equates unquestioned loyalty to the United States with God’s will. The statement needs to clarify “who God is and how God works in the world,” she added.

Laurie Jungling, bishop of the Montana Synod, believes the statement can help counter a widespread “Christian nationalism” that equates unquestioned loyalty to the United States with God’s will.

Another task force member, Lamar Bailey, a pastor in the Metropolitan Washington, D.C. Synod, earned a degree in politics and policy and worked for various public agencies before entering seminary. Bailey, too, is convinced that the statement will help ELCA members in the nation’s capital, many of whom “are actively involved in policymaking, working passionately on issues.”

Bailey said the statement will be “really helpful for folks in our synod as they go about their vocations, [providing] a foundation in how they faithfully participate in their work with government.” It will help congregations, too, he added, “where we have people on both sides of the aisle who work against each other during the week and then worship together on Sunday.”

Throughout 2022, listening events convened by task force members and others will gather input from individuals and groups across the church, offering them the chance to contribute to the process.

When Jesus said, “Give therefore to the emperor the things that are the emperor’s, and to God the things that are God’s” (Matthew 22:21), he acknowledged civil authority. But then he underscored the obligation of faithful people to insist that governments be good and just, as God is. This church’s commitment to do its part in faithful civic engagement can be a gift to us all, to the nation and to the world.

Email civicsandfaith@elca.org to host a listening event in your synod or congregation. Read the social message.