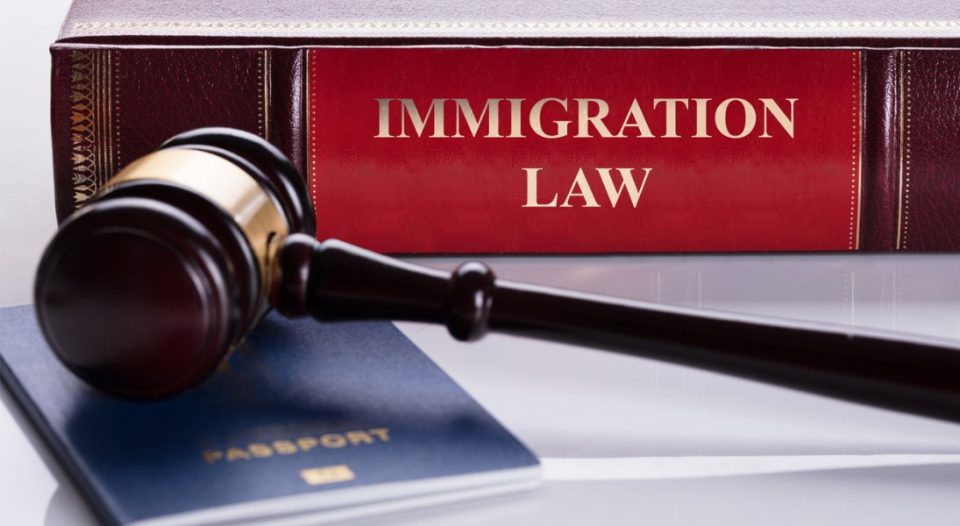 The ELCA, through its strategy for Accompanying Migrant Minors with Protection, Advocacy, Representation and Opportunities (AMMPARO), supports compassionate care for those crossing the U.S.-Mexico border seeking asylum. The Lutheran attorneys and interpreters who contributed to the Dilley Pro Bono Project in Dilley, Texas, understand the importance of the “R” in AMMPARO when it comes to the church’s work to accompany migrants.

For those seeking asylum in the U.S., legal representation is one of the most significant factors to ensure success, said AMMPARO program director Mary Campbell. “When you’re moving into a new place … and you’re a mother and you have responsibilities to make a life for your family, the first thing on your mind is not going to be an asylum application,” she said. “But if a woman misses the opportunity to file that within one year of entry into the U.S., she misses the opportunity to apply for asylum [here].”

That’s why Campbell led a team of volunteer lawyers from ELCA congregations and synods to the South Texas Family Residential Center in Dilley, where mothers and children (primarily from four countries in Central America) seeking asylum are detained. Through AMMPARO, the ELCA funded housing for the volunteers who made the Jan. 13-20 trip.

Campbell said the attorneys, who provide pro bono legal advice, are meeting a dire need. “There aren’t enough immigration lawyers in the country willing to do this kind of work,” she said.

While in Dilley, the lawyers’ main goal was to prepare women for hearings and for establishing that they have a “credible fear” of persecution if they are sent back to their home countries. The volunteers heard the women’s stories and advised them on which parts are relevant to highlight to asylum officers.

A big obstacle to establishing asylum claims is an environment of distrust, as well as the trauma that’s affected many asylum-seekers. “It’s kind of an overwhelming task because you’re meeting people who don’t know you and you don’t know them, and you’re trying to get to the heart of their fear and what’s happened to them,” said Stephanie Ertel, a lawyer and member of the ELCA Attorneys’ Association.

Molly Dobberke Riehle, a volunteer who works in family law, said many asylum-seekers experienced abuse in their home countries, which complicates the interview process as lawyers and asylum-seekers navigate the aftermath of trauma.

Riehle found the conditions in the detention center upsetting. “It’s very much set up and run as a prison,” she said, noting most security personnel had previously worked at prisons. Staff limit detainees’ movements, meals and contact with the outside world. As a volunteer, Riehle wasn’t allowed to see where the residents lived and was sent straight through metal detectors to a temporary building where she and others met with detainees. When mothers she interviewed shared heartbreaking stories, Riehle found it especially difficult because she was forbidden to hug them.

“What really struck me,” she added, “was how many kids were sick. There’s a lot of coughing. Some of them seem fine … but some of them are just inconsolable.”

Still, the residential center is preferable to most asylum-seekers after their initial time in what many call the “ice box” or “dog kennel,” where they spend two to five days. “They call it the ice box because it’s kept really cold,” Riehle said. “A lot of people have come across the river to cross the border. Their clothes are wet, and they’re not given new clothes to keep themselves warm.”

“We have this conflict with our government that wants to prevent people from coming to our country. I think we are compelled by both the Old and New Testament teachings that we are to welcome others.”

Ertel noted that the landscape of the asylum-seeking process has changed considerably since she worked in the area from the 1990s until 2005. Back then, she explained, “people weren’t detained.” Instead, asylum-seekers were given a court date and a similar asylum hearing, but in the meantime, they were given work permits and allowed out on their own recognizance.

Despite the circumstances, there is reason for hope. Over the course of the January trip, Ertel prepared a memo for a mother and daughter who claimed their prior attorney (one they hired on their own) had misled and misrepresented them. Ertel’s research paid off: recently she received word that the mother and daughter had been released.

For Lutherans involved in the Dilley Pro Bono Project, faith inspires their work. Ertel’s faith motivates her to keep building relationships with asylum-seekers. She is still in touch with many of her clients from 20 years ago, all of whom remain safely in the U.S.

“One of the ideas in both the Old and New Testament is to welcome the stranger,” she said. “In this case, we have this conflict with our government that wants to prevent people from coming to our country. I think we are compelled by both the Old and New Testament teachings that we are to welcome others. This [trip] is one way that, in our own legal system, there’s an opportunity to do so.”

Laura Dorwart
Laura Dorwart is a writer and editor whose work has appeared in The New York Times, The Guardian, McSweeney's, Forbes, and many other outlets.

Day of action for Central American refugees and migrants