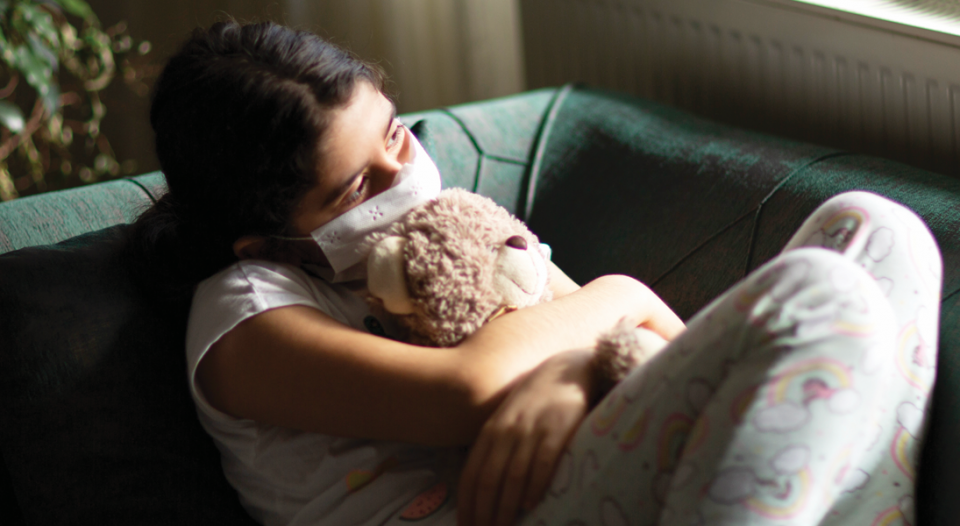 Susan Schnelle knows all too well the devastating toll of mental health crises among young people in the United States. Schnelle’s congregation, Gethsemane Lutheran, Austin, Texas, lost a member to suicide, and in her own family, she recently discovered that a relative had considered taking their own life.

“We don’t really know who is dealing with issues of mental health, and we can make guesses and assumptions and get it wrong,” the pastor said. “It was a shock and surprise to me when it happened.”

According to a report released by the Centers for Disease Control and Prevention in September 2020, the suicide rate among young people ages 10 to 24 increased by 57.4% between 2007 and 2018. The global pandemic has upended lives and left many feeling isolated, so mental health problems may increase even more over the coming years.

But across the ELCA, synods, congregations and social ministry organizations are stepping up to address this issue and provide resources and support to young people within the church and in the greater community.

At Gethsemane, Schnelle and her co-pastor, Karl Grönberg, began to see an uptick in mental health issues among the young people in their congregation, but they felt unprepared to handle those situations.

“I had noticed, working with the senior high kids, that some of them were really struggling with anxiety and depression and conversations of suicide,” Schnelle said. “I felt very ill-equipped as ordained clergy. Mental health wasn’t a focus of my training.”

So Gethsemane applied for an ELCA Mental Health Ministry grant. These grants are awarded by the ELCA for collaborative efforts between ELCA entities and partnered service organizations to provide training and education about mental health issues. Gethsemane received its funding in fall 2019 and launched a mental health ministry in partnership with its local affiliate of the National Alliance on Mental Illness (NAMI).

One of the first programs Gethsemane held after receiving the grant was Bridges of Hope, a NAMI-led training to equip clergy and faith leaders with tools to better recognize mental health issues. It also offered community mental health resources and an action plan for addressing those in need of help.

“The first … event was just wonderful,” Schnelle said. “It was ecumenical, and we even had some people from the Northern Texas-Northern Louisiana Synod join in.”

“We don’t really know who is dealing with issues of mental health, and we can make guesses and assumptions and get it wrong.”

But then COVID-19 hit. Schnelle said Gethsemane had to scrap the schedule of in-person events planned for 2020 but worked around the obstacles presented by the pandemic, creating virtual events and inviting guest speakers each Sunday during the congregation’s mental health awareness month in November.

“We knew more than ever, we have to do this,” she said. “And we had to figure out, how will we do this.”

The church worked to brighten the spirits of its members in smaller, more tangible ways too, launching a casserole ministry, taking blankets to people who couldn’t leave home and placing “you are loved” signs in congregants’ yards.

“It was just something to help people remember they’re cared for, especially during these challenging times when people are feeling very disconnected and alone,” Schnelle said. “I think that [disconnect] has contributed to the depression that we’ve seen this year.”

Creating connections and sparking communication about mental health has been a priority for the Northeastern Minnesota Synod for several years. After seeing the number of synod deaths by suicide increase, leadership applied for an ELCA Mental Health Ministry grant that allowed it to launch a youth mental health ministry.

“I wanted to have these conversations within a faith context,” said Catherine Anderson, synod minister for discipleship and Christian community. “There’s a plethora of resources out there, but how do you curate that and have it speak through who we are and in a faith context?”

The synod ministry has created discussion guides that approach mental health topics through a faith-based lens and has conducted workshops and training sessions to help youth ministers facilitate conversations with young people who may be struggling. Anderson said these tools have enabled youth ministers throughout the synod to better handle mental health situations, but the programs aren’t meant to take the place of professional help.

“I had noticed, working with the senior high kids, that some of them were really struggling with anxiety and depression and conversations of suicide.”

“It’s not therapy,” she said. “There’s a huge distinction between mental illness and mental health, and if you have a diagnosis, you need to find the resources to properly address that. This is a place for young people to come and have these conversations about mental health become normalized and build up their tool kits.”

With the onset of COVID-19, the synod recognized the impact the pandemic would have on mental health and adjusted its efforts to respond to that need. “We pivoted quickly and revamped some of the discussion guides, put together some new ones that are COVID-specific, and have some other resources,” Anderson said. “We have these mental health moments, short little snippets to build resiliency in young people.”

Mental health awareness permeates all the programs provided by Lutheran Family and Children Services of Missouri (LFCS), from foster care and adoption to early childhood education and behavioral health.

The social ministry organization serves the entire state, offering a number of programs to help children and families. Mike Duggar, president and chief executive officer of LFCS, likens its training programs, such as mental health first aid, to performing CPR in a choking situation rather than filling the role of a therapist.

“It’s about equipping people to recognize, respond and refer,” Duggar said. “We want as many people as possible, especially in churches, to at least respond to individuals who might come into church, and recognize they might be having issues and get them to someone to help them.”

Duggar said the church plays a critical role in reaching those who may be in crisis. “If you think about this from a faith-based perspective, you might be sitting in the pews—when we get back to some kind of new normal—you might go to church because your life is out of control and you’re struggling with issues,” he said. “And wouldn’t it be great to talk to someone who can recognize that you’re going through something and put you in touch with someone who can help?”

“I think there are more people who’d be willing to help those in need if they felt like they were equipped to do so.”

Through the Step-Up program, LFCS also takes its behavioral health programs directly to schoolkids in the St. Louis area.

“We have a very specific curriculum, and it’s [mainly for] kids in middle school,” Duggar said. “We’re teaching basic life skills like conflict resolution, how to develop healthy boundaries in relationships, how to prevent violence in relationships. The thing that sets us apart is we have a group session and then we follow up individually with the kids.”

Duggar said that, while some congregations are more open than others to incorporating mental health training and programs into their ministries, he hopes all congregations will take a hard look at how they approach those who may be struggling.

“I think the church is changing,” he said. “If we look at different ways to minister and serve each other that are maybe not traditional—that could be added without a lot of cost—I think there are more people who’d be willing to help those in need if they felt like they were equipped to do so.”

A lexicon of faith: Fear