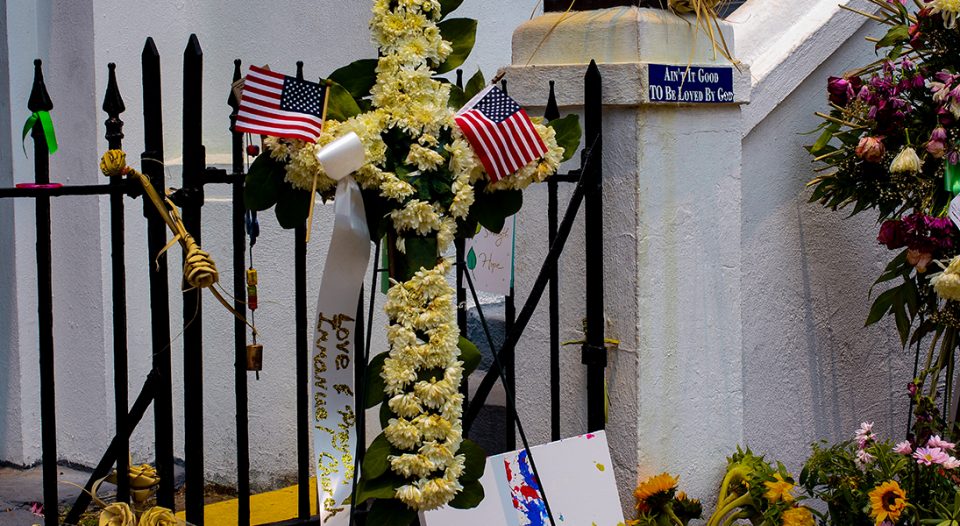 I had just started my car to drive to my internship site on June 18, 2015, when I learned from the radio about the martyrdom of the Emanuel Nine. As I drove down the freeway and the details of this atrocious act spilled out of my speakers, I had to pull onto the shoulder and collect myself before making my way to the office for whatever meetings were scheduled that day.

The murders of nine people during a Bible study weighed on me throughout the week. That Sunday we prayed for their families. We prayed that such senseless violence would cease, that God’s vision of justice would be made manifest here and now. Then, as a worshiping body, we concluded the service and gathered for coffee.

I am a white pastor in the ELCA, the whitest denomination in the country. The man who committed the racist murders at Mother Emanuel AME is a white man who attended confirmation class in an ELCA church. This was in no way the first white supremacist terror attack on a church, but it was the one that changed me.

“As a church we must continue to confess that white supremacy is intertwined in our church and our culture, and to provoke conversations on how we can change those systems.”

I wish I could say that this change was rapid, that the worshiping body and I began that coffee hour discussing how we could dismantle the machinery of white supremacy in our community. But my shaking voice and trembling knees when addressing issues that could make a majority of my congregation uncomfortable would make me a liar. The truth is that, before I could lead anything like that, I had to begin dismantling the hold that white supremacy had on me, often presenting itself as “the polite way to be in church.”

The prolific and prophetic voices of Black people, Indigenous people and people of color in this denomination remind white folks such as myself that being a faithful Lutheran has very little to do with being polite. The Holy Spirit empowers us to tell the truth. We confess that we are not going to do anything perfectly, and still we are called to be in the world, loving and supporting our neighbors. We are people who live in the unfolding kingdom of God, tasked as co-creators and stewards.

The past eight years have shown us that white supremacist violence is not going to go away simply by our earnestly hoping for it. From Charleston to Buffalo, the demonic force of racist violence continues to claim the lives of our siblings of color in this country.

As white people, we need to boldly proclaim that the end of white supremacy is our vocational calling. As a church we must continue to confess that white supremacy is intertwined in our church and our culture, and to provoke conversations on how we can change those systems. We must continue to pray for God’s justice, then unfold our hands and use them to build the world in which God calls us to live.

Kelly France
Kelly France is an interim pastor who serves in the Southwestern Minnesota Synod. He is also vice president of the European Descent Lutheran Association for Racial Justice.

Talking racism on a deeper level