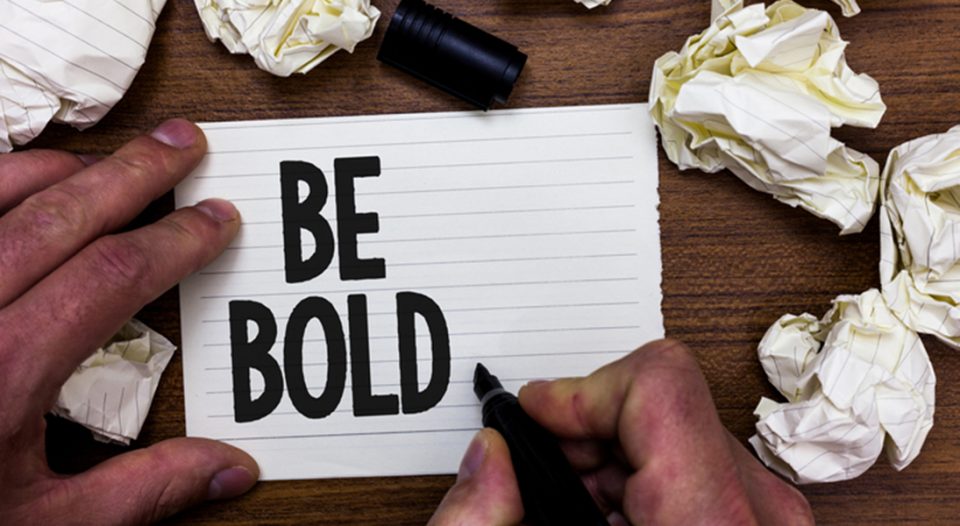 I have strong memories of growing up in churches, listening to the prayers of the people and learning that prayers were simply to request that God would perform God’s will. I know it’s not this way in every congregation, but I was told repeatedly and discipled to believe that humans should never ask for what we want but only for what God wants. But as I grew and began to read Scripture more, I came across examples of times when it was not only acceptable for people to ask boldly for what they wanted but to even ask God to change God’s mind, if our Creator was willing (e.g., Exodus 32:9-14; Numbers 14:11-20; Amos 7:3-6; Jeremiah 26:12-19; Jonah 3:10; Matthew 26:39). In this week’s lectionary readings, we have two models of bold requests.

Jesus included bold requests as the very foundation of his lessons on prayer for his disciples. In response to a request that he be a little more like his relative John the Baptizer, Jesus taught them a formal prayer. The disciples were to open by addressing God as Father, an address neither revolutionary nor particularly incendiary in first century Judaism. God refers to Godself as a parent in Scripture (Isaiah 63:16, 2 Samuel 7:14 and elsewhere), and by the beginning of the second century, an early version of the popular liturgical song “Avinu Malkeinu” (“Our Father, Our King”) was already being recited.

After blessing God’s name and asking that God’s kingdom come, Jesus told the disciples to make three bold requests. First, they were to ask for their daily bread. Second, they were to ask that God forgive them their sins because they forgave those who were in debt to them. Make no mistake, the disciples’ willingness to release others from principally economic obligations was to be the reason for God to forego punishment for their sins, at least in this version of the prayer. Finally, Jesus told his disciples to ask God to spare them from times of trial.

But Jesus wasn’t done insisting that his disciples should pray boldly. Perhaps noticing that some of them were a bit uncomfortable with the requests he was telling them to make of God, Jesus told a parable to show them how bold they should be. You have to know that few people would have intentionally left bread out overnight in Southwest Asia. Just a few verses earlier, the disciples were instructed to pray for daily bread, and it means what it sounds like. Each day households made bread for the day, and most didn’t have much or anything that was wasted, especially during the heavy taxation of the Herodians for the Romans. So the idea that someone already curled up for sleep would have any bread, much less three loaves, is ludicrous. And yet, because of the shamelessness of the repeated request, the friend will give whatever is asked of him, including firing up the oven and making more bread. Jesus says God is like this friend, who is willing be roused by bold requests.

Looking back to the beginnings of the biblical narrative, Abraham also made bold requests. When he heard God’s plan to interrogate the wickedness of the cities of the plain and destroy them if the report of their sin was accurate, Abraham intervened. Remember, in addition to his nephew’s family, Abraham knew the people of Sodom, Gomorrah, Admah, Zeboiim and Zoar, whom he had already personally rescued and brought out of captivity (Genesis 14:8-16). Abraham challenged God to not destroy the righteous with the wicked, going so far as to shame God as a potentially bad judge if God were willing to inflict collective punishment (18:25). God relented to each of Abraham’s six requests to save the cities if a decreasing number of righteous people could be found there. That there were not enough righteous people to save the town notwithstanding, Abraham practiced what Jesus taught his disciples: bold conversation with God that asks for exactly what the person wants, even if it means that God might change God’s mind.

A quick word as I close. Obviously, God isn’t a cosmic vending machine where we can simply insert a prayer and out comes what we want. Sometimes we pray faithfully but the answer is “no.” Even Jesus, who spent hours prior to his arrest asking God to remove the cup of crucifixion, apparently received a negative reply. That said, Jesus instructs those who would follow him to boldly ask for what we want. Hebrews 4:16 invites us to boldly approach the throne of grace so that we may find mercy and grace. For me, this is still a stretching task, as I am much more comfortable saying “thy will be done” than asking God to change my cup. How can we lean in to bold prayer and, in so doing, obey Jesus’ instruction?