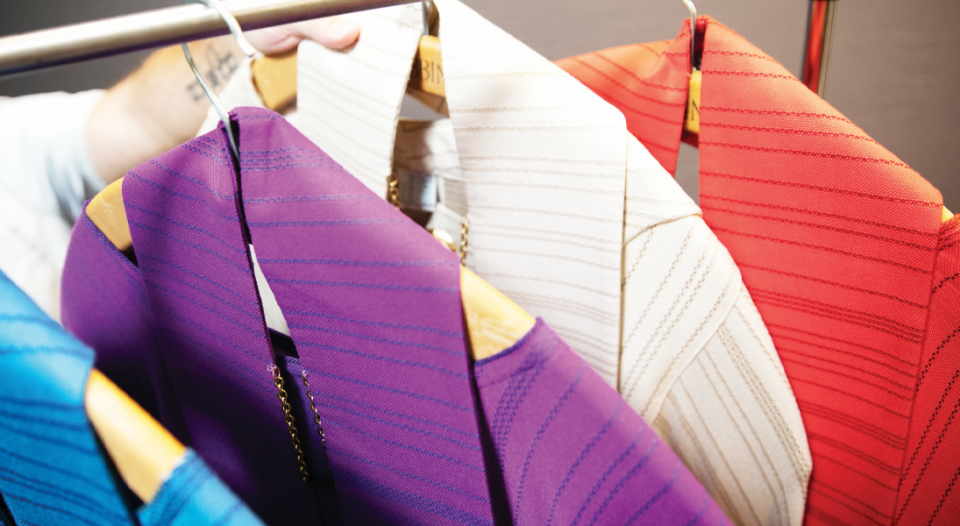 An ELCA survey showed that one-third of pastors had considered leaving the ministry due to feelings of burnout. While few younger pastors have left full-time ministry, retirements have spiked.

When an ELCA pastor or deacon is installed, the congregation promises to pray for, help and honor its leader and “in all things strive to live together in the peace and unity of Christ” (Evangelical Lutheran Worship).

But ELCA and ecumenical surveys show that many clergy feel a lack of sufficient support and commitment to unity on the part of their parishioners. This sense of being unsupported has increased during the COVID-19 pandemic, with some considering joining millions of others in the societal trend known as the “Great Resignation.”

Nationwide research conducted by the Barna Group reveals that 38% of pastors in all denominations “thought about quitting full-time ministry” after the first year of the pandemic. Nearly half of pastors under age 45 said they were considering leaving their calling.

James Dunlop, bishop of the Lower Susquehanna Synod, represents the ELCA Conference of Bishops on the church’s pension and health plan board. He said a survey of ELCA pastors shows similar results, with at least one-third indicating they had considered stepping out of ministry.

Dunlop said the experience in his synod corroborates the statistical data, with many pastors suffering “from fatigue, constantly changing circumstances and conflict with people” during the pandemic. Pastors who aren’t tech-savvy have struggled to master the skills required for virtual worship, Bible studies and other activities. “Some say, ‘I’m just exhausted; I can’t keep doing this,’” Dunlop said.

Though many younger pastors may be threatening to leave ministry, few have actually done so thus far. Other ELCA bishops confirm Dunlop’s assessment that, despite the fatigue and self-questioning, there is no grand clergy exodus in the ELCA.

Paul Egensteiner, bishop of the Metropolitan New York Synod, said he is seeing the typical rate of resignations and retirements. In the Southwestern Minnesota Synod, Bishop Dee Pederson and her staff report that more pastors appear to be open to new calls but aren’t planning to leave rostered ministry.

Convinced that “the pandemic has caused everyone to rethink how they work, where and why they work,” Pederson sees many pastors “reimagining and reshaping ministry in new and vital ways.” Some may seek a new parish after deciding that significant changes may not be possible in their current calls.

The picture is somewhat different for older clergy. During the first year of the pandemic, retirements fell below the normal average because many pastors felt they couldn’t abandon their congregations amid the crisis. But as time has passed—and pension funds have performed well—retirements have spiked. Bishops indicate that fewer retired pastors are eager to serve in interim or part-time ministries, of which there are growing numbers.

Pastors and deacons who are persevering after two years of pandemic challenges, in addition to the normal stressors, have doubled down on their commitments and are also leaning more on each other.

A panel of six New York City pastors was asked to address a gathering of ELCA seminarians studying at Harvard and Yale divinity schools and Princeton and Union seminaries in the northeast. Asked by students why they keep doing ministry in these challenging times, one pastor after another pointed to their faith and the importance of community.

“There have been very hard days, but I’ve never wished to be doing anything else,” said Heidi Neumark, pastor of Trinity Lutheran Church of Manhattan, who has been ordained for 40 years. “No matter how bad things are, I always see signs of Jesus in people who are going through hell.”

At the opposite end of the career cycle is Kelsey Brown, a recently ordained pastor who serves as mission developer of Jehu’s Table in Brooklyn. “I show up because I love the people, not just those who walk in the doors Sunday morning,” she said, adding that she’s committed to serving everyone who approaches her.

During difficult times, these pastors said, leaders need to encourage one another, practice self-care and let go of perfectionism. “We never become fully competent at this,” Neumark said.

Despite the ongoing challenges of the past two years, the majority of ELCA rostered ministers, even those who have considered leaving the ministry, will keep going. They recognize the unique role they carry out in the church and world.

Samuel Cruz, pastor of Trinity Lutheran Church in Brooklyn and a professor at Union Theological Seminary, said he’s always understood himself to be called as a community activist as well as a “servant leader” pastor. “You can do things in the church that are more difficult elsewhere,” he added.

Decades of congregational studies have concluded that healthy, well-supported leaders are essential for vital and faithful congregations. The future of the church hinges on finding ways to support rostered ministers.

Recognizing that many pandemic-forced changes, such as online worship and educational offerings, will meet the ongoing needs of older people and others, many pastors and deacons are eager to upgrade their technological skills. Seminaries, colleges and universities are stepping up to offer training and coaching for new modes of ministry.

The front line of support happens in the congregation or other ministry context, but synods are providing more care for their clergy too. Dunlop said his synod’s camps have offered free accommodation to pastors in need of short-term spiritual retreat; the synod also offers grants for clergy events that may include speakers, counselors or more creative activities.

“One group is taking dancing lessons together,” he said. “The most important thing is collegiality; they need each other.”

Staying centered as caregivers during the COVID-19 pandemic

When making a living and living in service intersect

Introverted leaders in the church

My take: Lutheran witness needed now, more than ever

My take: The great value of a pastor’s divided attention

Pastoral care
Ministry has never been an easy calling. There are long hours, sufficient but not especially great pay, and the responsibility not only for the souls of a congregation but often its everyday running. And with all churches generally in decline across the country, pastors often are unfairly saddled with the blame: “We would be OK if you were doing a better job.” No wonder so many rostered ministers are burning out and considering other work. Fortunately, there are lots of ways to help!
Download Now