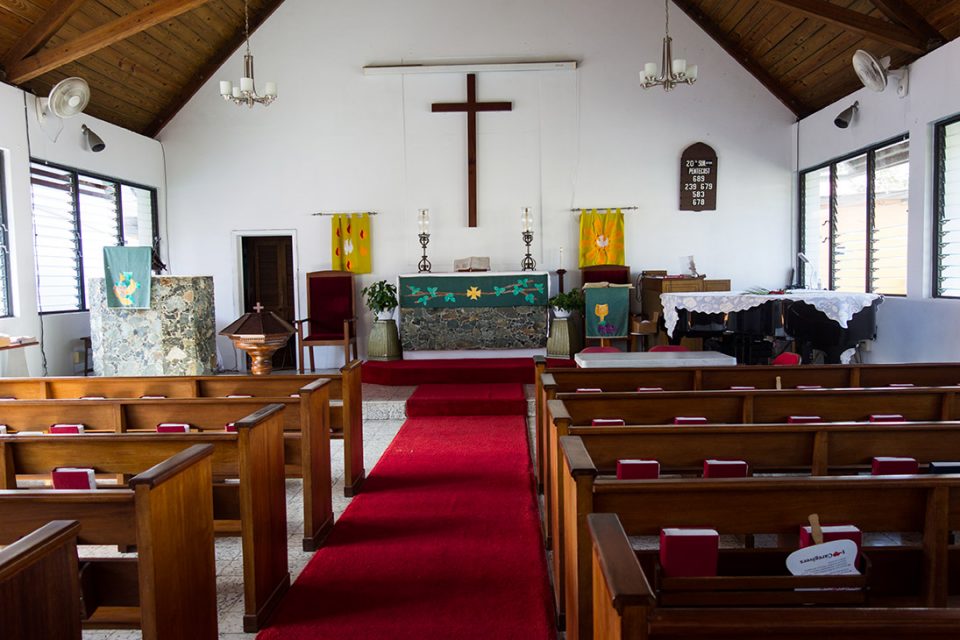 In March 2016, I was asked to write an article for Living Lutheran about the emerging split in our nation’s culture, especially the widening gap in our political ideologies. Since then, we’ve witnessed further polarization and the ratcheting up of uncivil discourse as we hurl invectives at our neighbors via social media, cable news and all other varieties of public discourse. Anxiety attacks are now common across generations, especially in this horrific season of contagion. These feelings aren’t new. Consider this quotation from my article’s conclusion:

Many of us are wrestling with fear, the world around us seemingly on the verge of chaos. The omnipresent media is delivering messages that play to our anxieties. … We must discern and act according to our hope in Christ, not our fear of death. Though we might not see it clearly, God is turning the world around, and love will have the final word.

In hindsight, I’m not sure if I ended on a hopeful note or if my view was distressingly naive.

Some cultural developments in the past four years have been positive—we’ve seen the Black Lives Matter and #MeToo movements gain momentum and make progress. The issues these movements highlight, racism and sexism, are far from being resolved, unfortunately. Yet I wept with joy last summer when I saw the procession of women ELCA pastors at the Churchwide Assembly in Milwaukee. ELCA Ethnic Specific and Multicultural Ministries, ReconcilingWorks and Extraordinary Lutheran Ministries persist in amplifying the voices of Lutherans who are marginalized. This church is moving into a new understanding of creatio continua, God’s ongoing creation.

Nevertheless, I believe social anxiety and the resulting fear are worse now than in 2016. Clergy burnout is increasing, according to Barna Group’s “The State of Pastors” report and Notre Dame’s Wellbeing at Work project. Christian affiliation continues to decline: according to Pew Research Center findings from 2018 and 2019, the percentage of U.S. adults describing themselves as Christian has dropped 12% since 2009 (to 65%.) Multiplying among us are those with no religious affiliation, the “nones.” This begs the question: in the age of COVID-19 and sharply divided political ideologies, is the church becoming irrelevant?

We all have the moral obligation to use words and actions—God’s word and our voices, hands and feet—to serve our neighbors and proclaim the gospel.

There was a time when mainline Protestant voices were vital to our cultural conversation. One early-20th-century voice, Walter Rauschenbush, stressed “the importance of living like Christ, not believing a prescribed doctrine about Christ.” Rauschenbusch, a Baptist preacher, coined the phrase “the social gospel,” introducing the then-radical notion that Scripture shouldn’t be pondered in the abstract but rather enacted in daily life. He also took issue with the strict atonement theories of fundamentalists, which stated that, according to God’s law, Christ’s death was punishment for our sinfulness and that God was subject to a cosmic sense of justice. Rauschenbusch argued that Jesus did not have to die for our sins but that he chose to die in order to “substitute love for selfishness as the basis of human society.” Jesus died to show us a better way of living.

If this seems strikingly prescient for our time, it’s no accident. Like us, Rauschenbusch lived and worked in a nation divided by sexism, racism (during the Jim Crow era, when lynchings were rampant throughout the South and North) and the economic exploitation of marginalized peoples. This was the age of the 1918 influenza pandemic, which killed between 50 and 100 million. God’s people witnessed the polarization of American Christianity into those who strove to live by the spirit of the law and those who adamantly attempted to adhere to the letter of it.

Perhaps the difference between then and now is that mainline Protestants, which included this church’s predecessor bodies, had a vital voice in public discourse, whereas today, as Robert C. Blezard wrote in “The ‘e’ word” (Living Lutheran, April 2018), “It’s not unusual for reporters and commentators to turn to cultural evangelical leaders as de facto spokespeople for all Christians.”

What we need in a time of ugly electoral politics, a volatile economy and a global pandemic is a healthy dose of Lutheran witness. Many ELCA congregations are leading the way in practicing neighbor love as they stay at home and come together virtually for worship and prayer.

As ELCA members, we have the capacity to testify with one voice on the things that matter: neighbor love, sanctuary, peace with justice, reconciliation, reparation and dismantling walls, both here and abroad.

Martin Luther once wrote, “You are not only responsible for what you say, but also for what you do not say.” Bishop Eaton is not the only person responsible for speaking on behalf of the ELCA. We all have the moral obligation to use words and actions—God’s word and our voices, hands and feet—to serve our neighbors and proclaim the gospel. The world is truly chaotic, and we are only now beginning to realize the extent to which we are connected to one another. Now is the time to speak. Now is the time to be the church that speaks God’s reign into reality.

The words are as true today as when I wrote them four years ago: Though we might not see this clearly, God is turning the world around, and love will have the final word. We have been offered a vital role in this transformation. Thanks be to God.