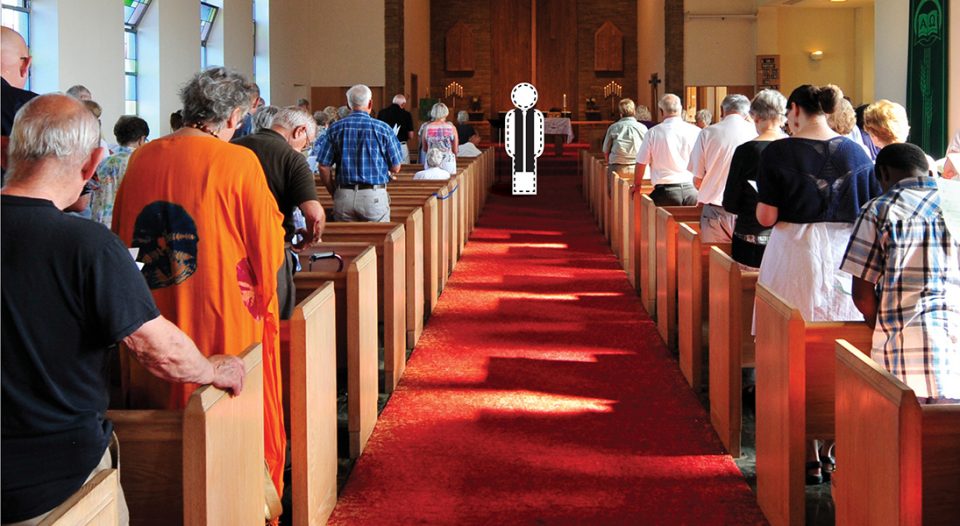 “Interims want to help people through the transition period, understanding clearly their accountability to their baptismal covenant and whatever future their congregation may have.”

Your pastor has retired after 25 or 30 years of strong and faithful service. This departure leaves people anxious and fearful about what lies ahead.

Or perhaps your pastor left after serious conflict or following pastoral misconduct, and the congregation is almost torn apart about what to do and how to continue.

Maybe you aren’t sure what kind of pastor should be called, as the congregation takes a new look at its future, which will be very different from its past.

Or a shortage of pastors available for call can mean that your congregation faces a year or more without regularly called pastoral leadership.

These are only some of the situations where a congregation may decide to call an “interim pastor,” someone specially trained or with a specific mandate to help members through a transition to a new pastor or kind of ministry.

Some synods may assign interim pastors, who serve under synodical supervision, to vacancies so someone is present to keep things functioning efficiently until the call process is completed, especially if the congregation faces grave problems. Other congregations will call an interim for six months or a year rather than fill the pulpit with a different supply pastor every week and occasional visits from a nearby pastor with his or her own congregation to care for.

Currently at least 400 pastors are serving interims under synodical calls, said ELCA Secretary Chris Boerger, who oversees the denomination’s rosters. And there are hundreds more interim pastors with congregational calls to short-term service.

Some synods now downplay the word “interim” in order to stress the “transitional” nature of this kind of ministry. Richard Jaech, bishop of the Southwestern Washington Synod, said “interim” can imply a very short-term arrangement for a congregation merely seeking another pastor. He said bishops in ELCA Region 1 (six synods covering Alaska, Washington, Idaho and Montana) often consider the interims as “redevelopment” or “transitional” pastors for congregations in need of guidance in making major changes necessary before calling someone permanently.

Sarah Stumme, associate to the Metropolitan Chicago Synod bishop, oversees a working group on interim ministries. When it looks like a congregation may not be able to fully support a pastor, she said the move to the next phase of its ministry may take several years and require the service of a pastor trained for such situations.

Yet many interims are just that—those who will serve congregations after a pastor leaves and until the new one arrives.

There are different kinds of training for those doing interim pastorates, although some take these assignments without special training. Ken Ruppar, executive director of the National Association of Lutheran Interim Pastors (NALIP), said over the last 25 years the organization has trained 60 to 75 pastors on interim ministry every year. Training often includes such things as learning how to resolve conflicts, directing future-oriented planning and developing new congregational leadership.

Shepherding a new phase of ministry

Calls to interim pastors parallel those given to all clergy, but these usually have specific mandates to deal with certain aspects of the congregation’s life. If there has been conflict, they work to restore damaged relationships and create a more unified congregation. If they follow a long-term pastorate, they give the congregation a chance to experience someone else as their pastor.

In churches facing difficulties, such as declining membership or changes in their neighborhood, an interim pastor might be asked to help congregational leaders decide how best to deal with the future. And sometimes interims help the congregation end its ministry, move or merge with another parish.

Contracts usually state that the interim may not be considered for a regular call to the congregation. Interim pastors agree not to remain in the congregation following their service and are expected to urge congregations to make changes quickly rather than over a period of several years.

“I try to give the congregation a perspective of what they look like to someone from the outside,” said Richard Mathisen, a pastor in the Southeastern Pennsylvania Synod who has served 12 congregations as an interim.

Mathisen said he often calls people into his office to talk specifically about what is happening in the life of the church. He recalls a congregation that was “really angry,” blaming the synod for their difficulties. But after many conversations and reviewing years of newsletters and congregation council minutes, he was able to show leaders that the problems they faced had existed for years.

“The congregation had forgotten what happened before,” he said.

Ruppar of NALIP said, “Interims work to make the next pastor successful.” If there have been difficulties in a church’s life, they usually don’t have a single cause, he said.

Lester White, who is currently serving an interim at a 150-year-old church in Chicago, said transitional pastors must work closely with individuals to “get each person committed to the transition.”

Building trust is a key to successful interim ministry, he said, adding, “Before we can get into the mission and vision of the congregation, we need to develop trust, and without that, it will not work at all.”

Having an interim in the pulpit is also a way of helping a congregation see that the answer to whatever difficulties they face is not simply “a new pastor.”

Large numbers of pastors are now at retirement age or older and are likely to leave their congregations soon. Many congregations also know they need to make changes to cope with the future. Given this, there may be a need for more interims in the coming years.

“Interims want to help people through the transition period, understanding clearly their accountability to their baptismal covenant and whatever future their congregation may have,” White said.