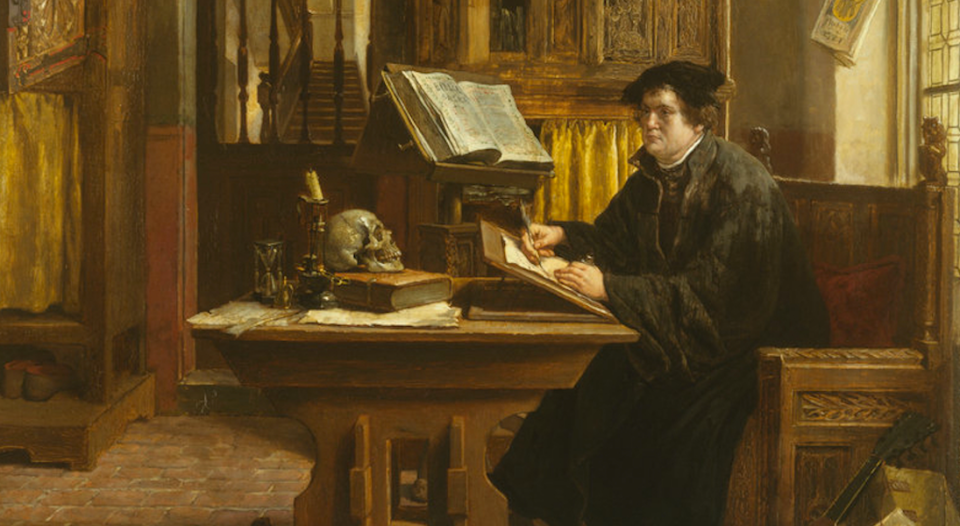 Series editor’s note: Throughout 2022, “Deeper understandings” will feature biblical scholars sharing some of their favorite books of the Bible. —Kathryn A. Kleinhans, dean of Trinity Lutheran Seminary at Capital University, Columbus, Ohio, on behalf of the ELCA’s seminaries

In September 1522, Martin Luther’s groundbreaking translation of the New Testament from its original language, Greek, into German was published. Luther also wrote a great deal to help ordinary people (not just pastors and scholars) understand the New Testament and apply it to their lives.

This year “Deeper understandings” has been asking ELCA scholars and scholars teaching at ELCA institutions to reflect on a New Testament book they find particularly engaging. This month, as we mark the anniversary of Luther’s translation, it seems fitting to let him speak for himself about how to read the New Testament.

In addition to the translation, Luther also published “A Brief Instruction on What to Look for and Expect in the Gospels” (1522). The title of this six-page essay gives us important insight into his thinking: When we read the New Testament, we should do so expecting something. We should expect a message of  good news—a gift for us!

“The chief article and foundation of the gospel is that before you take Christ as an example, you accept and recognize him as a gift, as a present that God has given you and that is your own. This means that when you see or hear of Christ doing or suffering something, you do not doubt that Christ himself, with his deeds and suffering, belongs to you. On this you may depend as surely as if you had done it yourself; indeed as if you were Christ himself.

“See, this is what it means to have a proper grasp of the gospel, that is, of the overwhelming goodness of God, which neither prophet, nor apostle, nor angel was ever able fully to express, and which no heart could adequately fathom or marvel at. This is the great fire of the love of God for us” (Luther’s Works, Vol. 35).

“This is the great fire of the love of God for us.”

In his prefaces to the New Testament (first published in 1522 and revised in 1546), Luther tells us what some of his favorite New Testament books are and why:

“John’s Gospel and St. Paul’s epistles, especially that to the Romans, and St. Peter’s first epistle are the true kernel and marrow of all the books. They ought properly to be the foremost books, and it would be advisable for every Christian to read them first and most, and by daily reading to make them as much [your] own as [your] daily bread. For in them you do not find many works and miracles of Christ described, but you do find depicted in masterly fashion how faith in Christ overcomes sin, death, and hell, and gives life, righteousness, and salvation. This is the real nature of the gospel, as you have heard” (Luther’s Works, Vol. 35).

In that same set of prefaces, Luther has this to say specifically about Paul’s letter to the Romans:

“This epistle is really the chief part of the New Testament, and is truly the purest gospel. It is worthy not only that every Christian should know it word for word, by heart, but also that [we] should occupy [ourselves] with it every day, as the daily bread of the soul. We can never read it or ponder over it too much; for the more we deal with it, the more precious it becomes and the better it tastes” (Luther’s Works, Vol. 35).

(Ray Pickett will write about Romans in the October 2022 issue of Living Lutheran.)

Luther was less fond of the letter of James. He called it “a good book” because it speaks accurately about the law of God, but he found it lacking as a witness to the gospel: “Its purpose is to teach Christians, and in all this long teaching it does not once mention the Passion, Resurrection, or Spirit of Christ” (Luther’s Works, Vol. 35).

Luther lectured and wrote commentaries about Paul’s letter to the Galatians throughout his long career. His appreciation for this New Testament book was so deep and ongoing that he even compared it to his wife, saying, “The Epistle to the Galatians is my dear epistle. I have put my confidence in it. It is my Katy von Bora” (Luther’s Works, Vol. 54).

(Crystal Hall wrote about Galatians in the May 2022 issue of Living Lutheran.)

For Luther, and for Christians today, the New Testament is a gift that keeps on giving.