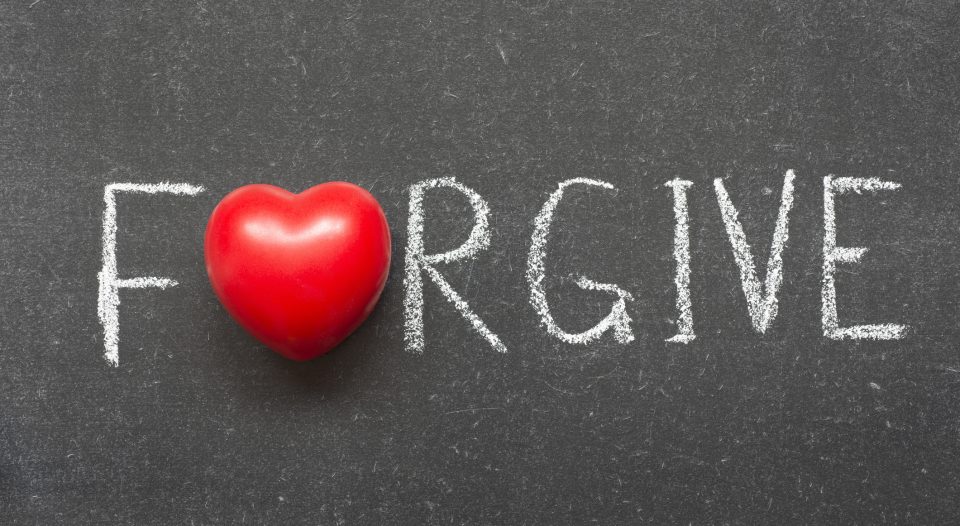 I don’t know what is wrong with me, but I keep reinstalling Twitter on my phone. I get so fed up with all the personal attacks, depressing news and “gotcha” pieces that I delete the app. Then I feel the “fear of missing out” (FOMO) and reinstall it. There really are brilliant, kind people handing out wisdom and humor to the whole world for free. What a time to be alive! But there is garbage on Twitter too.

Recently I saw a video of a father tearfully offering forgiveness to the person who killed his son. I then saw a tweet attacking him for not loving his son enough to hate the perpetrator. Then thousands of people got in a Twitter fight about what is more Christlike: punishing evildoers or forgiving them. Luke 23:34 and 43 were quoted hundreds of times. I hate internet fights. But engaging in healthy, beneficial conversations about Scripture is one of the responsibilities of all Christians. So, as we prepare to celebrate Christ the King, we must talk about the sort of forgiving king that Jesus is.

On a basic level, we are fascinated and perplexed by God’s grace. After years and years of studying various atonement models, I still don’t know exactly how it works. Somehow Jesus’ death saves humans from sin and death. He died for the unrighteous. God forgives those who murdered God’s son (which, in classic Christian understanding, includes all of us). God offers not just pardon or forgiveness—foregoing reasonable and lawful punishment—but also invites humans into the eternal feast where Jesus is both host and meal. It boggles the mind and doesn’t make sense to throw a party where the guilty sit with the (only) innocent, where the sins of the many are washed away by the One through his violent death. Indeed, this is the scandal of the gospel. It is profoundly unjust that the sinless die and the sinful live. But that is what we confess. The Gospel reading from Luke has a laserlike focus on this point.

As we prepare to celebrate Christ the King, we must talk about the sort of forgiving king that Jesus is.

Jesus was kidnapped and tried during the night by an only partially assembled Sanhedrin. He was then delivered to the occupying Romans, handed over to their Idumean puppet, handed back over to the Romans and tortured. Finally, Jesus was led out to be executed in the most embarrassing, painful and dehumanizing way that a particularly brutal Roman culture could imagine. As he was being nailed to a piece of wood as a publicity stunt to advertise Roman power, Jesus prayed that the Father would forgive the unimaginable cruelty of those who were torturing him to death (Luke 23:34; as a brief aside, I think manuscript evidence, and especially patristic usage, supports the inclusion of this full verse). The Romans mocked the man they were killing, putting a sign over his head that read “King of the Jews.” The soldiers asked why, if he was really a king, he didn’t save himself (Luke 23:36-38). But Jesus is the sort of king who saves others, rather than himself.

Think of it: I have a difficult time forgiving those who lie about me and make my life difficult. But I’ve never been tortured or arrested and convicted of fake charges by lying witnesses. In the middle of that situation, Jesus asked God to forgive those who were murdering God’s son. Indeed, forgiving them—and us—seems to have been the point of Jesus’ death.

But that day Jesus offered forgiveness and grace to not just the Romans and those complicit in his death. Criminals (what kind Luke doesn’t tell us) were crucified on either side of Jesus. One mocked him, but the other defended him, merely asking to be remembered when Jesus entered his kingdom. I suspect the criminal had no idea what Jesus’ kingdom meant or was about. Would Jesus come down from the cross and win victory over the Romans after all? Or did the criminal somehow know what Jesus had said earlier—that his kingdom was not of this world? All he knew was that Jesus was a king—a king full of forgiveness and grace. So that man, also being tortured to death, simply asked the dying king to remember him. And Jesus promised him that they would be together in paradise.

On a fundamental level, humbly asking the King of Forgiveness to be remembered in his kingdom is what following Jesus is about. We don’t seek strength, power, wealth, influence, cultural dominance or any of the things that the Romans sought by nailing their victims to trees. Instead, we confess that the foolishness of God is wiser than the wisdom of humans (1 Corinthians 1:25), and that forgiveness is greater than vengeance. The dying and rising one is the King. Our king teaches us how to pray, asking God to forgive us as we forgive others. Let us gratefully receive God’s grace and do our humble best to forgive as we have been forgiven.

Lectionary blog: Insisting on the resurrection