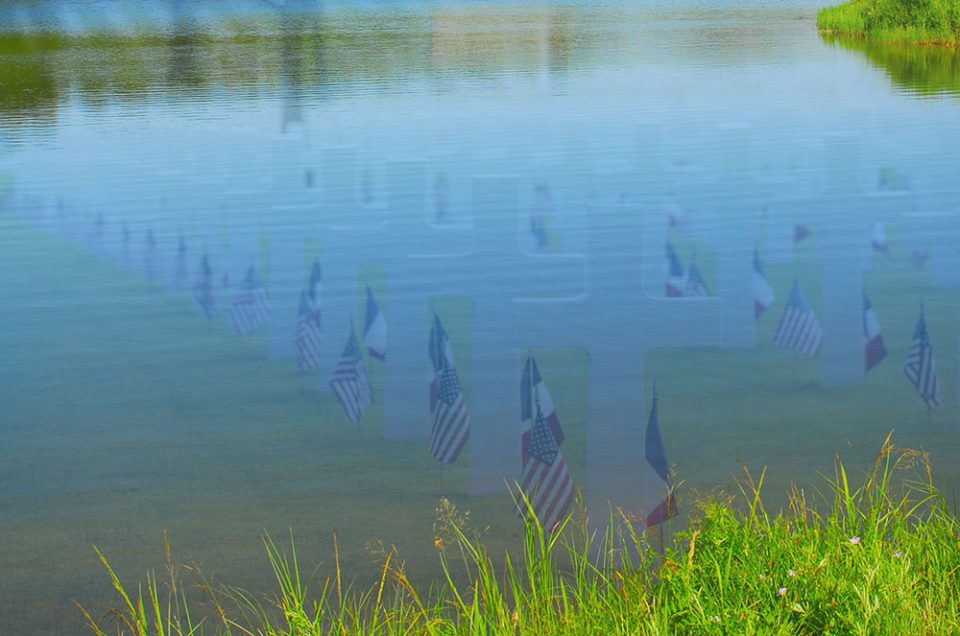 Six hundred years before the birth of Jesus, in response to Exile in Babylon, Jeremiah wrote, “A voice is heard in Ramah, lamentation and bitter weeping. Rachel is weeping for her children; she refuses to be comforted for her children, because they are no more” (Jeremiah 31:15).

All too often, young people are sent into the front lines of battle. Thousands of miles away, back home parents worry. When news of fighting comes on the news, they find an uneasiness that refuses to be put to rest. In the back of their minds they wonder, “Will my child come home alive?” There are few reunions happier than those of families reunited after time away at war. There are few sorrows deeper than when there is a knock on the door and someone says that your son or daughter will not be coming home at all. We expect our children to stand at our graves as we are returned to the earth. We do not expect to mourn at their graves as they are lowered into the ground.

Memorial Day started out as a way of decorating the graves of fallen soldiers after the Civil War – a way of remembering that with war comes death. Officially declared a national holiday in 1971, Memorial Day was a big deal in many communities. Everything was closed. There was a parade and the Scouts, school bands and community groups all marched through the community and out to the cemetery on the edge of town. The fact that the parade ended with a program, a 21-gun salute, and the sounding of taps at the cemetery added a sense of solemnity to the occasion. The parade was as much a procession to the graveyard as it was a parade of its own.

Today Memorial Day is most often viewed as the unofficial start of summer. It is a day for picnics, boating and other outdoor activities. People look forward to it with a lot of anticipation since, for many, it is the first three-day weekend in a few months. Plus, it is the first one where people across the country can count on warm weather and a chance to spend an extra day off outside since last Labor Day. Sadly, most people barely notice that it is a day about death and the cost of war.

Throughout centuries of history, the Bible gave voice to the laments of people whose children had died as the collateral damage of the decisions of others. Grounded in Scripture, the church may be one place left where real voice can be given to the pain that people suffer and the grief to which Memorial Day points. It may not be a religious holiday or a day that has any significance in the church year. But Memorial Day is a day of lost laments. It has fallen through the cracks of boating and picnics. The church is called to reflect, remember and pray that the last graves of the fallen have been filled. It is unlikely to be true. But as God’s people, Memorial Day’s lament calls the church to pray that it might be so one day soon.


Daubert is an ELCA pastor who lives in Elgin, Ill., and is a managing partner of Day 8 Strategies.

A gift of ministry