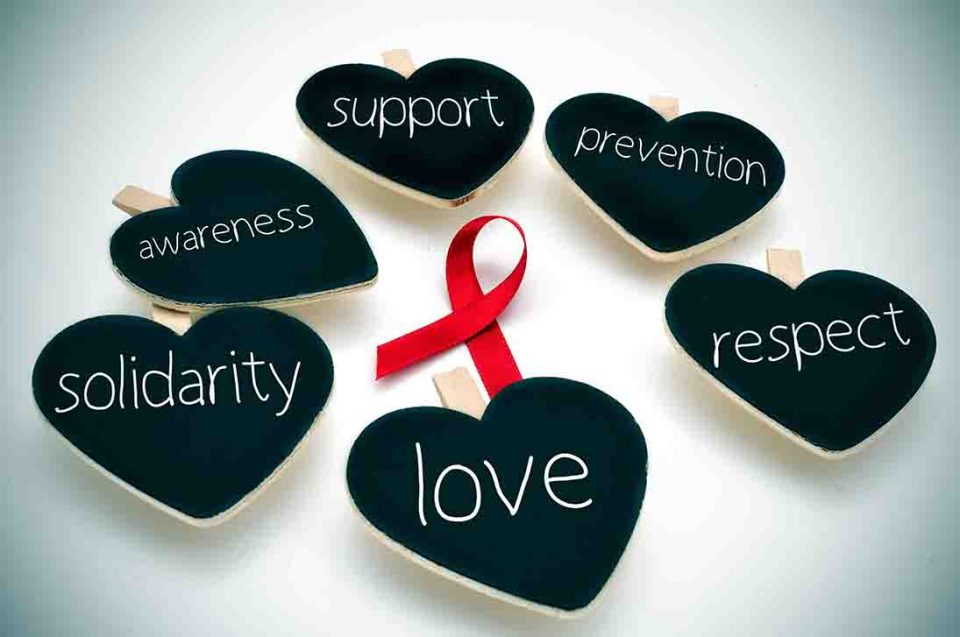 Editor’s note:  This Dec. 1, the ELCA joins brothers and sisters across the world in observing World AIDS Day. Read reflections from three individuals who attended the 21st International AIDS Conference this summer in Durbin, South Africa.

Receiving a scholarship to attend the 21st International AIDS Conference in Durbin, South Africa, this summer was a transformative experience. As a young adult leader in the ELCA, I had the opportunity to represent my parish and ReconcilingWorks: Lutherans for Full Participation, where I currently work as program and development associate. Of particular interest to me was the event’s interfaith pre-conference titled “Faith on the Fast Track: Reducing Stigma, Increasing Access and Defending Human Rights NOW!”

Lutherans must confront stigmatization by approaching theological and scriptural interpretations with deep grace and a constant frame centered on people, not issues. Grace leads to compassionate community providing space for the whole life of someone living with HIV or AIDS.

As Lutherans, we profess our faith as grounded in grace alone, therefore we are called to be a grace-filled church for the world. We must provide compassion, hospitality and dignity for people living with HIV, and talk about destigmatizing our perceptions specifically on how people contract HIV.

I challenge fellow ELCA members with this question: How might your congregation grow its hospitality, services and support for those living with HIV or AIDS?

Christ gave dignity, respect, care and love to all those he encountered with deep grace. We must learn to do the same so we can put an end to HIV and AIDS forever.

Some won’t get help

By Sibusiso Mosia, a pastor with Lutheran Communion of Southern Africa

Even though people are aware of AIDS in Southern Africa, they will not come out and get help, especially in the rural areas and most especially people who are in religious groups. I think people need to know that HIV and AIDS kills, and there is no cure but it’s preventable. We need to continue education efforts so people can begin to treat themselves by getting ARVs (antiretroviral therapies), using condoms and focusing on one partner. People also need to know that the vaccine and cure of HIV and AIDS is being processed with hope that by the year 2030 it will exist. This will give others hope for the future before destroying their lives by giving up.

I learned a lot at the conference that will help me as a pastor to better understand the community we are serving. For Christians there are sometimes issues we don’t want to face, yet we live and minister around them, including prostitution and the LGBTQ community. We believe these are the cursed people and we reject them. And in rejecting them, even if they need help of some sort, we contribute to stigmatization. I have learned of the most important issue, the progress of HIV and AIDS prevention, like the vaccine that is promised to come. This will give persons living with the disease hope that by 2030 this pandemic disease might be over. That means our children may live as a generation free from AIDS.

By Amin Sandewa, a pastor of the Evangelical Lutheran Church in Tanzania

It should be known that for people of faith issues related to addressing HIV and AIDS are not optional but compulsory. This is originated from our Lord’s command “tend my sheep …”  (John 21: 15-19). HIV and AIDS is preventable and manageable. Why should our people die of a disease that can be controlled if there is enough and correct information on how to address it?

Application of the acquired correct information and enough knowledge, and acquisition and the application of the knowledge are two different things. People of faith must work on changing people’s perceptions on HIV and AIDS—some people of faith, especially religious leaders, regard HIV and AIDS as none of their business. Now we have enough knowledge to control HIV and AIDS, but we also have young adults who are born HIV-positive and need guidance on how to go to marital life, we have discordant couples that need guidance, etc.—this is where the church can intervene.