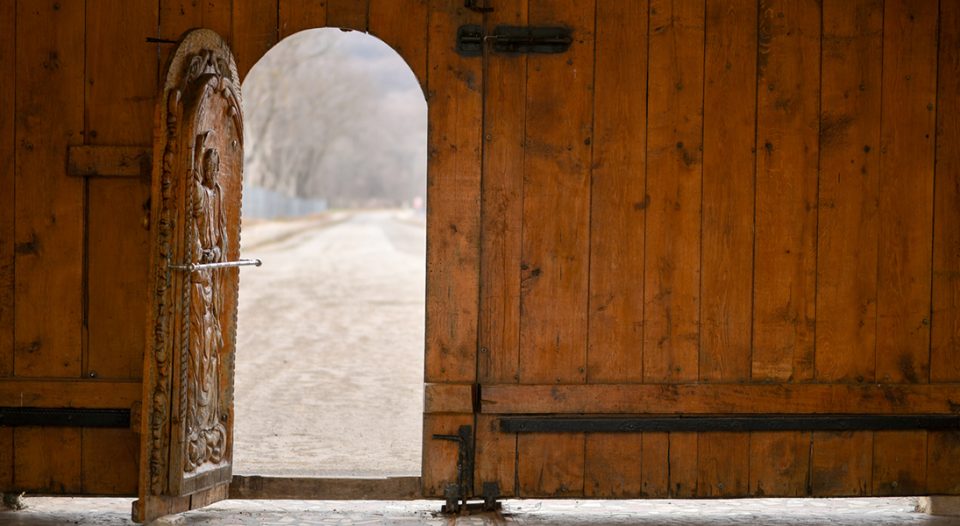 Although the angels turned their heads from heaven to earth following Jesus’ ascension (as discussed in part one), it wouldn’t be long until the disciples again would look upward, desperately searching for God in heaven instead of in the world. Peoples’ heads easily and often drifted toward heaven, dreaming up schemes for escape from the world and entrance into blissful eternity, often leaving them deflated.

For all the good intentions behind them, schemes causing disciples to look up into heaven instead of among them had only one effect: Staring up into heaven, the disciples were dizzy. Once he arrived on the scene, Martin Luther grew dizzy as well.

Making his way “up the down staircase,” as author Gerhard Forde describes the scheme, doing things to make God love him more, to forgive him more, to heal him more, Luther was breathless. There had to be another way. And there was—there is—but it doesn’t come by way of confessing sins until you’re out of breath, confessing things that aren’t sins just so you can take one more step up the ladder to God or confessing out of fear without confessing one’s fear.

People want meaning and purpose to their lives. So, too, did Luther. Climbing their way to God by making themselves busy for the sake of earning God’s love isn’t about meaning or purpose, though.

How surprised Luther was when coming to the realization while reading Scripture that there’s nothing we can do, not one thing at all, to win God’s favor, forgiveness, love. Oh, we can make ourselves as dizzy as we’d like. In the end, though, only one thing will deliver the kind of love, forgiveness and freedom that creates meaning and purpose.

How stunned Luther was when this realization came complete with a gate that he didn’t have to climb but that opened for him—that set him, as he wrote, “completely free.”

The only one who can deliver this is Jesus Christ, who isn’t high atop a staircase waiting for us to climb. Instead, he comes down to Luther, to us.

How stunned Luther was when this realization came complete with a gate that he didn’t have to climb but that opened for him—that set him, as he wrote, “completely free.”

What about this freedom, though? There is a complexity to this in Luther’s thinking. On the one hand, Jesus Christ sets us free from what he called “the unholy trinity” of sin, death and the devil. To be fair, though, this can look like so many things—including an incessant gazing at me, myself and I.

This freedom takes the air out of our gaze toward heaven, clearing the way for what happens when we look where God is found—both in ways hidden “under the sign of the opposite,” Luther said, and revealed in the word preached and sacraments administered in a world broken, traumatized, afraid.

Looking out into the world, we are confronted with a promise. Gerhard Forde puts it thus: “What are you going to do now that you don’t have to do anything at all?”

Luther responds, “God doesn’t need your good works. Your neighbor does.” And, earlier, “A Christian is a servant, completely attentive to the needs of all.”

Where and how will you live out your freedom, marked with the cross and sealed by the Spirit, forever?

Looking out for the Reformation: Our work in the world

The Reformation anniversary is a milestone, not the endpoint for mission