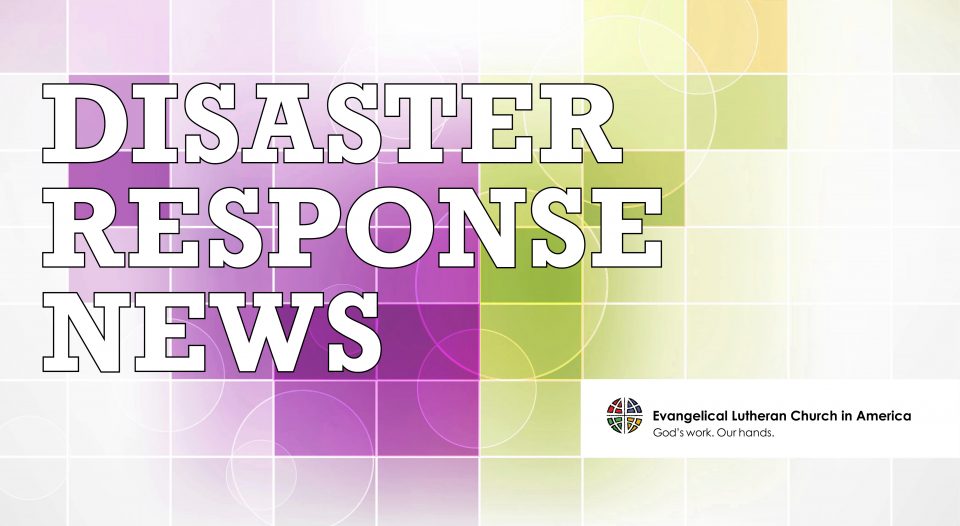 When Sam Sipes reported on the recovery work he and his staff are doing across Florida after Hurricane Irma, he shared a sentiment often expressed among Lutherans: We may be hurting, but we are aware of others’ hurt too. “I know that there are other disasters. We need resources here, but Puerto Rico and the Virgin Islands have been much harder hit,” said Sipes, CEO of Lutheran Services Florida (LSF), during a call with Lutheran Disaster Response (LDR) and ELCA staff last Friday.

But the response of Joseph Chu, LDR associate program director, was also indicative of how Lutherans are working toward disaster recovery, even in the midst of widespread devastation: “We don’t forget Florida.” There may be damage in other areas, Chu said, but that doesn’t mean we can’t focus on yours too.

The exchange illustrated the difficulty in assessing and responding to the destruction caused by a quick succession of powerful hurricanes—Harvey, Irma and Maria—in regions that have often already seen previous significant storm damage.

“The biggest thing we’ve learned is that people are tired,” said Sharei Green, LDR program coordinator, who spent the week in Texas with Chu and Michael Stadie, LDR-U.S. program director, visiting congregations and partners affected by Hurricane Harvey. “They’re appreciative of all the help that’s coming. But reality is starting to set in. They’re understanding that now they need to hold each other up as much as possible.”

LDR staff visited Holy Cross Lutheran Church in Rockport, Texas, whose building is unusable due to wind and water damage. “The first two weeks, we met at the parsonage, and that gave people a chance to talk,” said George Haynes, pastor of Holy Cross. “And they needed to talk.”

The congregation is now meeting in a temporary building. “A resident here has given us free use of a building for as long as we need it,” Haynes said. “Support from congregations in this synod and all around the church has been phenomenal. What a joy!”

Green reported that the feeling of being overwhelmed was a consistent theme among the members they met with in Texas. The LDR team, along with Michael Rinehart, bishop of the Texas-Louisiana Gulf Coast Synod, also visited Christ the King Lutheran Church in Houston. “We are wanting to continue to be with and for people, but it’s exhausting,” said Beverly Davis, director of congregational care at Christ the King. “People are overwhelmed with the process, but they are also overwhelmed with love of the church, the neighbor and the stranger.”

In Florida, ELCA staff and partners are making progress after Irma’s initial destruction. “We’re still collecting information,” said Michele Hilton, assistant to the bishop for administration in the Florida-Bahamas Synod. “We have at least a dozen congregations with roof or other structural issues and very high deductibles. We’re working with them to see how they can address getting their roofs fixed once adjusters get out there.”

Hilton also lifted up the needs of communities in her synod that have suffered loss and damage but were already dealing with being low-income areas. “We want to be the presence of Christ there as well,” she said. Other staff members raised concerns that devastation to crops in the region means that many will now be without jobs.

Sipes reported that all but a handful of LSF sites have now reopened. “We’ve been working closely with disaster relief centers and Food for Florida sites, making referrals to FEMA (the Federal Emergency Management Agency),” he said. LSF has been providing crisis counseling for clients in northeastern Florida, mental health counseling to client families in the Head Start program, and referrals for other clients for trauma counseling.

“My sense is that at this point, the lines of communication are opening pretty well, so we’re getting a sense of what’s happening,” said Marcus Lohrmann, interim bishop of the Florida-Bahamas Synod. “We’re mindful that for some impacted, it still hurts. But we praise God that many prayers of relief were answered.”