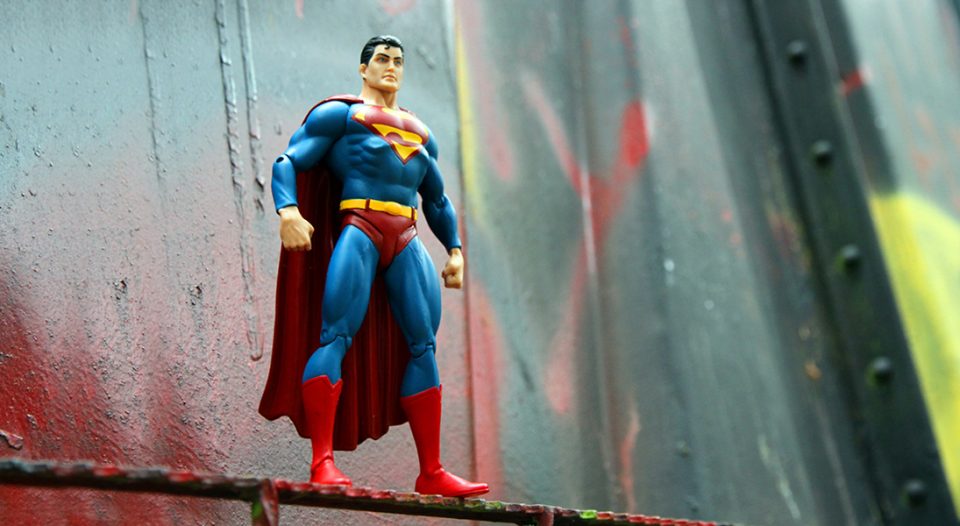 When the heroes of the new Justice League movie opening this week gather against invading alien conquerors, they must go into battle without their most powerful member. Superman, who inaugurated the interconnected DC Extended Universe with Man of Steel (2013), died saving the world in Batman v. Superman: Dawn of Justice (2016). But it’s not risky to predict that he’ll resurrect soon; just look at the prior movies’ scenes of worshipers surrounding Superman or our hero contemplating sacrifice in front of a stained-glass image of Jesus.

Christ allusions are hardly unique to these recent cinematic portrayals of the character. But most tend to focus on Superman’s power, as if God was best manifested in feats of physical strength. While God’s power is unquestionably important, even the most awesome depictions in the prophecies of Jeremiah and Isaiah reveal God’s strength to be matched by his goodness.

The best Superman stories can help us imagine this aspect of God as well, particularly the comic book series All-Star Superman. Writer Grant Morrison, penciler Frank Quitely and colorist Jamie Grant begin their tale with Superman rescuing the first manned space mission to the sun from a quantum bomb detonated by evil genius Lex Luthor. The explosion imbues new abilities on the Man of Steel, including increased intellect and an energy field, but also causes his cells to break down, giving him mere months to live.

This connection between power and degradation drives the series’ adventures, as Superman prepares the world to continue without him by encouraging humans to seek cooperation over violence. He defeats super-powered meatheads Atlas and Samson not by punching them but by outsmarting them. When the mystical Ultrasphinx asks, “What happens when an unstoppable force meets an immovable object?” Atlas and Samson’s “might makes right” worldview fails to solve the riddle. Conversely, Superman gives the more peaceful, and more acceptable, response: “They surrender.”

Fortunately, the Gospels back their love ethic with a God more powerful than those imagined in any comic or movie.

Superman’s ethic contrasts to his enemies’ quest for power. Luthor captures this attitude in a long monologue given to Superman’s secret identity, mild-mannered reporter Clark Kent. Quitely draws a slouching and bumbling Kent, transforming the otherwise barrel-chested Kryptonian into a portly Midwesterner, thus underscoring the irony of Luthor bloviating about superiority to a man who could hurl him into the sun.

Luthor’s rant is the centerpiece of the chapter “The Gospel According to Lex Luthor,” but, as the ascension image on the collected edition’s cover suggests, All-Star Superman is its own kind of good news. However, the story’s message of compassion over conquest, beautiful though it may be, falls short precisely because of its philosophy. When, at the book’s climax, Luthor gains Superman’s abilities, he also gains his perspective. Observing humanity from a cosmic viewpoint, Luthor realizes, “It’s all just us, in here, together. And we’re all we’ve got.”

According to All-Star Superman, humanity must love one another because there is no God present in the story’s universe. But this realization only occurs—or gains validity—through the intercession of a God-like being.

Fortunately, the Gospels back their love ethic with a God more powerful than those imagined in any comic or movie. Throughout John’s Gospel, Jesus reminds disciples and leaders that the powers and principalities who hold sway on earth have no eternal important.

When he tells Pilate, a representative of the empire that conquered the known world, “You would have no power over me unless it had been given you from above” (John 19:11), he’s asserting an order that does not rely on Roman military strength. He’s asserting the logos of the sovereign God, creator of the universe.

Superman may be a useful fantasy to help us think about goodness in a world obsessed with physical power, but only the Bible’s gospel message can fully reveal a loving God whose compassion outpaces his strength.

Lectionary blog: For all the saints