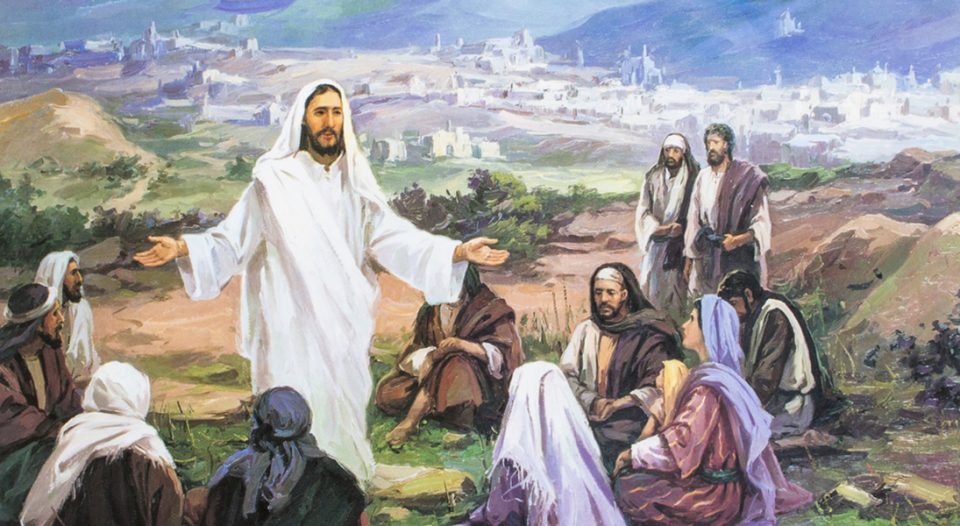 C.K. Chesterton is probably best known to most people as the writer of the Father Brown mysteries. They are about an English Catholic priest who solves mysteries. The stories have frequently been made into “Mystery Theatre” shows on the BBC. Chesterton was also a devoted Christian and a brilliant, witty, author and editor of books and magazines on both popular culture and Christianity. He once said, “In one place Jesus tells us to love our neighbor. In another he tells us to love our enemies. This is because, generally speaking, they are the same people.”

Our enemies and our neighbors are the same people? Chesterton was not a trained minister, and I doubt he knew Hebrew, so it’s questionable that he was aware of the biblical evidence that he was right. According to Jewish New Testament scholar Amy Jill-Levine, “… in Hebrew, the words ‘neighbor’ … and ‘enemy/evil-one’ … share the same consonants, they differ only in vowels, which are not included in the text. When Jesus asks the lawyer, “What do you read there?” he is asking “Are you able to see, in Torah’s words, the command to love both neighbor … and those you would see as enemies?” (Jewish Annotated New Testament, p. 123)

And when the lawyer said, “Who is my neighbor?” he did more than simply try to justify himself – he revealed that he didn’t get the “enemy” part of the equation. What he wanted to know was this: “Who is the person whom I can reasonably be expected to help when they are in trouble?” Jesus answered him with a story that turns that question on its head. Jesus told him: “Your neighbor is exactly the opposite of who you think it is. The one you think is your enemy is really your friend.”

When we hear a story, we usually “identify” with someone in it. We say to ourselves, “Yes, I’m like that person, that’s the way I feel or that’s the way I would act.” When most of us hear the story of the good Samaritan, most of us want to identify with the good guy, don’t we? We’d like to think that, like him, we’d be helpful and kind. None of us wants to be the priest or the Levite – too busy, or too self-important, or too something to care. We like to think of ourselves as the good, kind, Mother Teresa-type person – selflessly coming to the aid of a stranger.

Jesus used a set of three to build their expectations. It is a standard storytelling technique. Play into expectations, and then give it a twist. We are all familiar with sets of three: “A minister, a priest and a ____? went into a bar.” A rabbi of course. “The Father, Son and _____?” Holy Spirit. Larry, Moe and _____? Curley. We know how this works. A Jewish person knew what came next, “A priest, a Levite and … an Israelite. But Jesus threw them a curveball. Just when they were expecting a nice, helpful, Jewish boy, Jesus popped a hated enemy into the story. Not only that, he made him the hero of the story. Jesus shook up their preconceived notion of where they could look for help in time of need. Jesus told the lawyer, and the crowd, that your neighbor – the one who will help you – could very well be the person you least expect.

When he asked Jesus who his neighbor was, the lawyer was trying to define the limits of his own love, the requirements of his ethical actions toward others. Jesus turned this upside down by establishing a love ethic that has no limits, that does not operate from definitions of who’s in and who’s out. Jesus moved beyond the question of whom we are required to help. He moved beyond the surprise about who might help us to much bigger questions of our willingness to receive help and to allow that help to change us.

About 20 years ago there was a Ku Klux Klan rally in Ann Arbor, Mich. As you can imagine, this very liberal, progressive, university town was not particularly welcoming to the Klan, and many, many protesters hit the streets to make their displeasure known. There were police lining the parade route. There was a barrier put up to separate the protesters from the marchers. The anti-Klan folk far outnumbered both the Klansmen and their hangers-on. In the midst of the activities, one of those hanger-on, a man with a Confederate flag T-shirt and a Nazi SS tattoo found himself on the wrong side of the police line and the barrier – he had stumbled into the midst of the protesters. And they turned on him, they started pushing and punching; he ran, they chased; he fell and they pounced. Amid shouts of “Kill the Nazi!” they began to beat him with the sticks holding their placards.

And in the midst of all this, a “Samaritan” showed up. Keisha Thomas, an 18-year-old black girl, leapt out from the crowd and spread herself on top of the man, shouting out, “This isn’t right!  This isn’t right!” And the sight of this fierce and insistent black teenager protecting a middle-aged, white, racist man stopped that crowd in their tracks. Keisha was not hurt and the man himself got up and left without saying a word, but a year or so later a young, white man approached her and hesitantly said, “Thank you – you saved my father’s life.”

Did her actions change the man she saved? We can’t know. But there is a hint that her actions changed the man’s son, at least a little bit. Her actions halted a cycle of violence and turned it in a new direction. She saw a man everyone else considered an enemy, and she acted toward him as if he were her neighbor. He experienced mercy from someone he expected to be an enemy, someone he would have treated as an enemy.