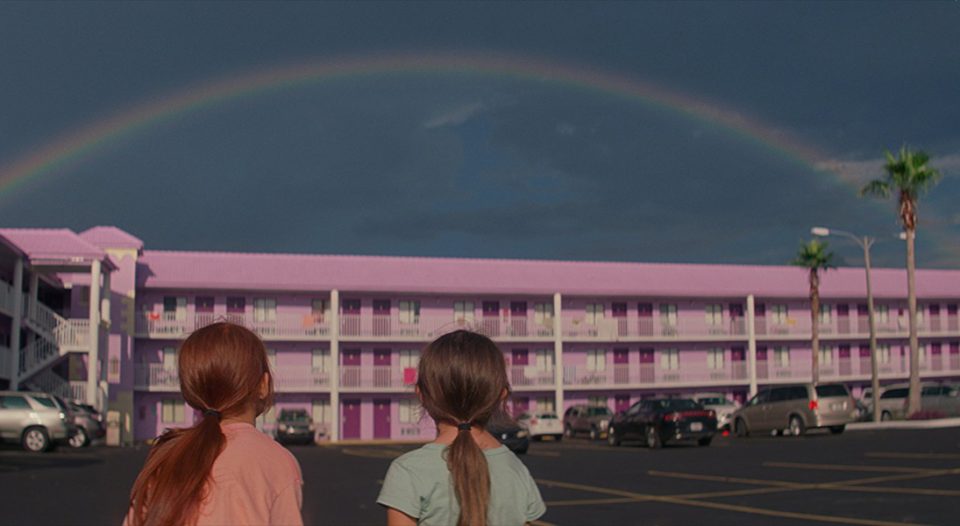 Valeria Cotto (left) and Brooklynn Prince in The Florida Project.

“Star Wars” movies love it when tiny spaceships destroy moon-sized super-weapons, so it’s no surprise that the series’ latest entry places its sympathies squarely among the underdogs. But Episode VIII: The Last Jedi, written and directed by Rian Johnson, finds a whole new love for losers, as Gen. Leia Organa (Carrie Fisher) and her new band of rebels are defeated not by a Death Star but by their own mistakes and myopia. The heroes win only symbolic victories against the fascist First Order, but The Last Jedi finds greater power in giving hope to the hopeless than in dominating the weak.

The Last Jedi’s perspective makes it an appropriate capper to the year in movies. Even as the events of the real world seemed to do the opposite, critics and audiences sought out stories that focused on the dejected and downtrodden.

Take the year’s most talked-about film, writer-director Jordan Peele’s conspiracy horror Get Out. The image of Chris Washington (Daniel Kaluuya) dropping into “the sunken place,” his face contorting in terror as his arms flail against a blue void, succinctly captures the debilitating dehumanization that systemic racism inflicts upon black psyches.

Viewers respond so passionately to Get Out, attending theaters in record numbers and live-tweeting home-video showings, in part because it dramatizes experiences often ignored by popular media or directly dismissed by those in power. When the killing of unarmed black people made repeated headlines and the voices of people of color felt silenced, audiences came to the movies to affirm with one another, or learn from one another, the reality of life in the United States.

Catharsis has always been part of communal storytelling, but for the Christian viewer, it can also have a prophetic element: Our stories tell us how things can or should be, not just how they are.

Catharsis, argued philosophers like Aristotle and Nietzsche, has always been part of communal storytelling, but for the Christian viewer, it can also have a prophetic element: Our stories tell us how things can or should be, not just how they are. In the same way that Jeremiah’s poetry insisted that those who trusted in Babylon’s apparent might were “stupid and without knowledge,” and Isaiah’s poetry transformed “swords into plowshares,” movies can remind people that exploitative power is not inevitable, that other ways of life are possible.

This desire to see differently drives co-writer and director Sean Baker’s indie critical favorite The Florida Project, which features family life in Orlando not as sanctioned by Disney but as experienced by those living below the poverty line in cheap motels outside the famous resort. The movie never romanticizes the dire outlook for 6-year-old Moonee (Brooklyn Prince) and her friends, nor does it moralize about the sometimes self-destructive behavior of her young mother, Halley (Bria Vinaite). Rather, Baker finds human dignity in the characters’ struggles, even when they have to resort to petty transgressions.

The film’s final scene indicts the promises of the Magic Kingdom as oppressive and unsatisfying and recalls Jesus’ teaching that the kingdom of heaven is open to those who approach it like children. Like many of the year’s best movies, The Florida Project reminds us of the kingdom Jesus describes in the Sermon on the Mount, where the poor in spirt, the mourning and the meek are called blessed. It reminds us of the kingdom we celebrated at year’s-end during Advent in which the Prince of Peace takes the government on his shoulders and breaks the rod of the oppressor.

Injustice and abuse can make these promises hard to see, but the movies of 2017 helped us remember that God adores his creation and cares for the forgotten, whether they live in a galaxy far, far away or in the here and now.

When hope in the future awakens