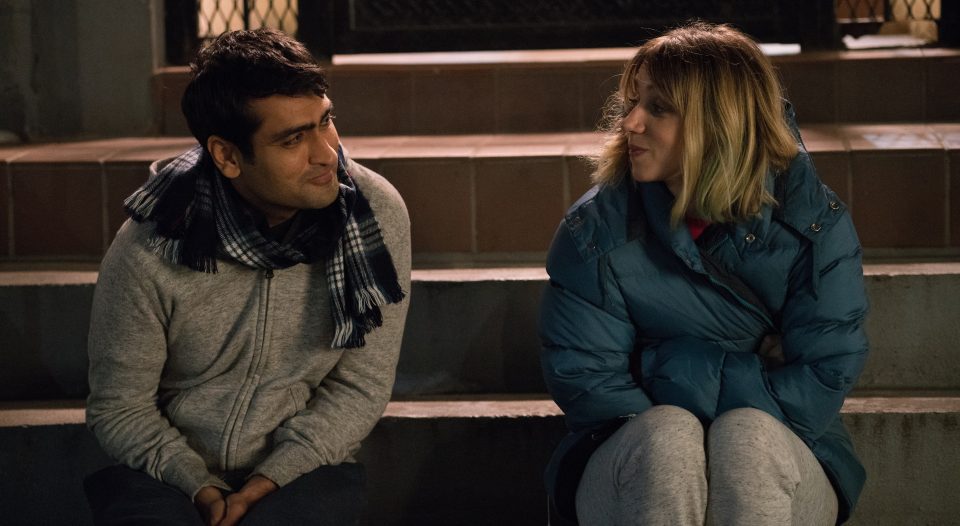 Kumail Nanjiani and Zoe Kazan in The Big Sick.

I went to see The Big Sick knowing very little about it except that it wasn’t a “normal” romantic comedy. At least, that was what everyone said: my friends posting about it on Facebook, reviews I skimmed to avoid spoilers, and everybody I mentioned it to.

The premise is an interesting one. A young Pakistani-American man, Kumail (Kumail Nanjiani, who also co-wrote and produced) is an aspiring stand-up comic who meets a grad student, Emily (Zoe Kazan), who hopes to become a therapist. Sparks fly and they start dating. But, like in all romantic comedies, there’s a hitch. His parents are actively setting him up with Pakistani women—little auditions for the lead role in an arranged marriage.

Kumail grows closer to Emily, but doesn’t tell his parents about her and doesn’t tell her about the parade of women he’s been meeting. When she finds out, it becomes clear that their relationship would cause a rift between Kumail and his family, something that he isn’t willing to risk. They break up.

If this were a typical romantic comedy, they would find their way back together dramatically, probably with Kumail realizing that he can’t live without her. Instead, Emily gets sick. She’s hospitalized, and Kumail joins her parents at her bedside as she lies in a coma.

We understand a lot about Kumail, from a cultural perspective, up front. His ethnicity is a part of the jokes he chooses to tell during his stand-up routine, as well as the subject of the one-man show he stars in. But before this point in the story, we don’t know much about Emily’s origins. She’s white, blonde and pretty, but we haven’t learned where she came from.

Lutherans … walk through our lives deeply connected to those who have come before us.

As we get to know her parents (Holly Hunter and Ray Romano)—roles usually on the sidelines of a romantic comedy, only coming in for a dramatic “meet-the-parents” moment, or to help with hairdressing at the wedding—we begin to see that Emily is no stock character. She is complex, and she comes from multifaceted people with struggles, problems and cultures of their own.

The movie (directed by Michael Showalter) got me thinking about how easy it is to forget that every individual we encounter is a product of a very specific set of circumstances. Their family of origin, the places they’ve lived and every experience they’ve had sets them apart from everyone else who has ever lived, as well as connecting them to those who share elements of their story.

For Lutherans, our culture includes the specific ways we practice our faith. We walk through our lives deeply connected to those who have come before us; our lives and even our personalities might be different if the Reformation hadn’t occurred 500 years ago.

While there is variety in the church, there are also things that hold us together and provide common ground when meeting another Lutheran—things that undergird the way we talk, think and act that might not be obvious to those who don’t share that culture.

It wasn’t until the credits rolled that I discovered that The Big Sick is based on the true story the relationship of Nanjiani and his wife, Emily V. Gordon, who produced and co-wrote the film with him. Knowing this, it makes sense that its story is complex, willing to acknowledge the ways that we are connected to both previous generations and to whatever context we are currently steeped in. Those thoughts and themes have stayed with me long after the screen went dark.

The Big Sick is available on DVD, Blu-ray and iTunes rental September 19.

Improv theater and the Spirit