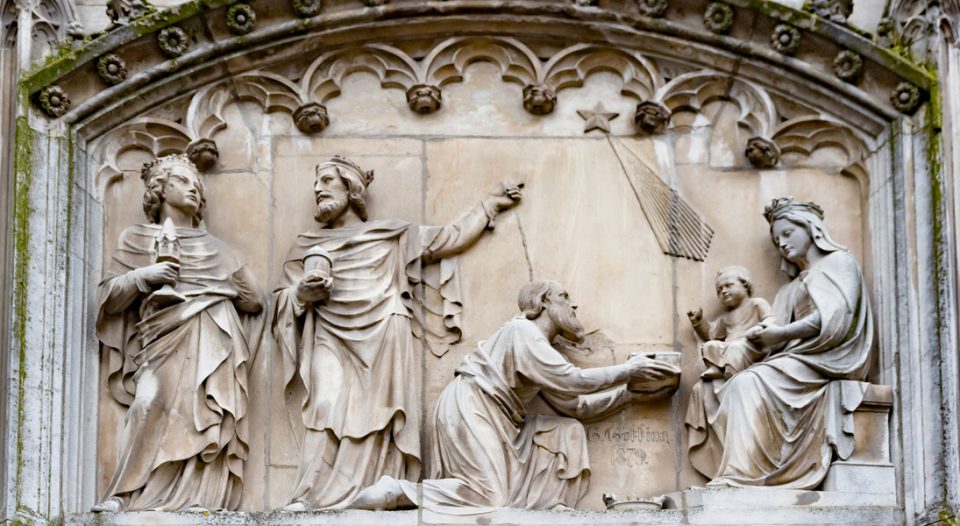 One of my favorite Christmas songs is “We Three Kings.” I always liked the melody as a kid, and when I grew up I liked the way Jesus’ life was told through the gifts of the magi. After university, when I moved 4,000 miles east and a couple hundred miles south of my birthplace in Indiana, I identified heavily with kings from the “Orient” traveling and looking for Jesus. It seems that I frequently crossed “field and fountain, moor and mountain” on my long walks across the countryside.

In the course of a taxi ride in North Africa, this song and the story of the magi from Matthew 2:1-12 came to have even more meaning. As frequently happens at the end of a taxi ride, the driver asked if I was a convert to Islam. I replied that I’m Christian. Then he said, “But your Arabic is so good (he was being very charitable), you must have learned it so you could read the Quran.”

I insisted that I’m a Christian, but that it’s important to me to speak the language of the people in whose country I’m a guest.

The driver said, “We Muslims, you Christians and even Jews are all brothers because we all believe in the one God. Not like those magus.” When I inquired who the magus are, he said they were “Iranian fire worshipers.” Ah, OK.

In Arabic, as well as in New Testament Greek, magus/magi does not mean a king or wise man, as is often translated, but a Zoroastrian priest. The oldest written account of magi as a Zoroastrian religious leader comes from the Behistun Inscription from Darius the Great, written in 520 B.C. The priests have been known as magi ever since.

Zoroastrianism is an ancient Persian religion that scholars suggest may have been the first to solidify ideas of monotheism (early Israelite religion would be more properly understood as henotheism; see Deuteronomy 10:17), a differentiated afterlife (e.g., heaven as reward and hell as punishment. “Paradise” is, after all, a Persian-root word) and humanoid angels (ancient Israelite concepts of angels were more like flying serpents and fantastic beasts). Their rituals do involve fire, like my taxi driver suggested. But Zoroastrians don’t worship the fire—they worship the good creator/father god, Ahura Mazda, as well as several lesser spirits.

These priests left their fiery temples and crossed hundreds of miles to worship the savior promised in a different religion.

So why would priests of an ancient Persian religion come to seek the newborn king of the Jews? The answer: Jews and Zoroastrians had mutually influenced each other for centuries by the time of Jesus’ birth and would continue to do so for centuries after his death and resurrection. The Bible speaks many times of Israelites and Judahites gaining the favor of Persian kings and leaders.

Darius I was pleased to set Daniel over all the rulers of his kingdom (Daniel 6:3). Artaxerxes sent Ezra the priest with gold and silver to reestablish proper worship of the God of Israel (Ezra 7:12-26). Artaxerxes expressed empathy for the sadness of his cupbearer/eunuch Nehemiah and directed that the royal forests be partially cut down to provide timber for reconstructing the temple and city of his servant (Nehemiah 2:1-8). Most famously, Ahasuerus (probably supposed to be Artaxerxes) demonstrated great favor for Hadassah/Esther and her relative Mordechai, and saved them from the scheming of the evil Haman (Esther 6 and 7).

According to biblical text, Jews constituted an important part of Persian society and at least a few had favorable interactions with kings. It’s no surprise then that their hopes for a messiah caught on among priests of the dominant religion in the Persian empire. These priests left their fiery temples and crossed hundreds of miles to worship the savior promised in a different religion. When they arrived, they prostrated themselves before a young child and gave a poor family rich gifts of gold, frankincense and myrrh (Matthew 2:11).

They traveled such a long distance to pay homage to the messiah because they were inspired by the faithful Jewish minority living among them to seek out the promised one. Hope is contagious, and the hope of Jews in Persia for a messiah/redeemer/savior rubbed off on the dominant culture. In the same way, we as Christians can share our hope with others, even when we are a minority in a strange land or when it just feels that way. Who knows but that even “fire worshipers” will be inspired to seek out Jesus because we have been salt and light among them, as we were commanded to be (Matthew 5:13-16).

We are the magi and light