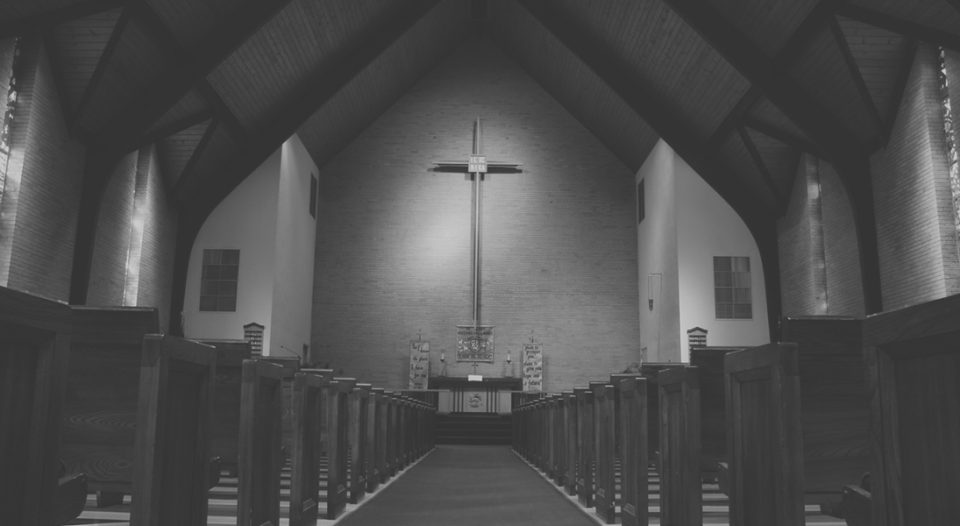 Editor’s note: This entry is the fifth in a multipart series on white fragility. Read the introduction here, part two here, part three here and part four here. The final post from Martin Zimmann will appear on our site May 15.

This past week, the students posted reflections on Dear White Christians: For Those Still Longing for Racial Reconciliation by Dr. Jennifer Harvey. To date, this may be the most difficult reading assignment for the students, not because it is academically dense, but because it painstakingly dismantles the popular narrative in most mainline Protestant churches about our desire to foment reconciliation and integration in our worship spaces.

Harvey maintains that the segregation in American churches and the resulting contrasts in our theologies have made this kind of narrative untenable. Moreover, while most progressive white church movements celebrate the achievements of the civil rights narrative, they seldom if ever recognized or endorsed the ideas behind the resulting Black Power movement. This movement, in Harvey’s estimation, is where the demands for equity and further dismantling of white privilege in culture took hold, and subsequently, white Christians turned a deaf ear.

Harvey writes, “Thus, it is not only important that Christians longing for racial reconciliation return to this history because of what it offers in terms of more adequate understanding of the challenge of race. It is also important because Black Christians laid down a kind of a gauntlet in the late 1960s that white Christians have yet to pick up [emphasis original]. This era haunts us—even more so in our forgetting of it.”

In 1969, civil rights advocate James Forman, in collaboration with the League of Black Revolutionary Workers, authored the Black Manifesto in which demands were made of white churches and synagogues to pay $500 million in reparations for their role in sustaining white supremacy during the Jim Crow years. This moment in time—along with other similar events and challenges to the white Christian community—suspended forward momentum of dialogue and reconciliation. White Christians were largely interested in symbolic gestures and understanding on their own terms.

In her book, Harvey renews this challenge to the white progressive church and shows examples of communities of faith engaging in “reparations paradigm” to address the issues of material harm perpetrated against black bodies from the time of slavery through today’s senseless violence by authorities. Simply put, we cannot merely ask Christians of African descent to sit in our parish halls and have meaningful dialogue over tepid cups of coffee. We need to redress the wrongs. The Black Christian community owes us nothing. White Christians, on the other hand, owe more than we can bear, which is part of the overwhelming sense of inertia (and white fragility) experienced by most progressive churches.

One of my students, Tim Rosenberger, shared some sobering insights into ELCA congregational ability to redress the wrongs. He shared facts about declining attendance, leadership shortages and deferred maintenance issues as barriers to beginning this paradigm in our parishes. Then he offered, in my opinion, a very non-Lutheran approach to redressing wrongs:

“Perhaps we should be cultivating political power. Perhaps we should be creating the kinds of [activist] churches from which we can act for justice. Before embarking on a racial justice odyssey … we need to change the way our members think of church. We must demand the kind of devotion that epitomizes communities like Mormonism. If we do not set a precedent of being involved in home and political lives, we won’t be able to shape broader political discourse.”

Rosenberger has a point which reminds me of a quote by former Anglican Archbishop William Temple: “The church is the only cooperative society in the world that exists for the benefit of its nonmembers.” We cannot simply be concerned with our own survival, we must first and foremost be concerned with praying down God’s reign through our words and actions, which will lead to reparations to our siblings of African descent.

Another one of my students, Dan Purtell, is serving his internship parish in Connecticut. He spoke bravely and personally about his struggle with these challenging concepts:

“We have to own the sin of white supremacy and repent for actions and suffering that has resulted from that. I was reminded . . . of the enormity of the task at hand [when] two men [of color] were arrested at a Starbucks in Philadelphia, simply for sitting and waiting for a colleague. There is work to be done, and part of that process begins not only with our own accountability, but with genuine and intentional listening, without dismissing or minimalizing others’ experience.”

Other students recognized the stark reality of Harvey’s implications that yearning for reconciliation is not enough. This class has transitioned from diagnosing a problem to wrestling with the enormity of action for true healing to unite the church. My students give me hope for the ELCA and the church writ large. They are, like Fannie Lou Hamer, “sick and tired of being sick and tired.” They are searching for solutions.

Soon we will gather for our last session on the Gettysburg campus of United Lutheran Seminary. We will spend the morning sharing sermons we are writing to address the issue of white fragility in our congregations. In my next and final installment of this series on May 15, I will share excerpts from those sermons. The class is ending, but the real work is just beginning.