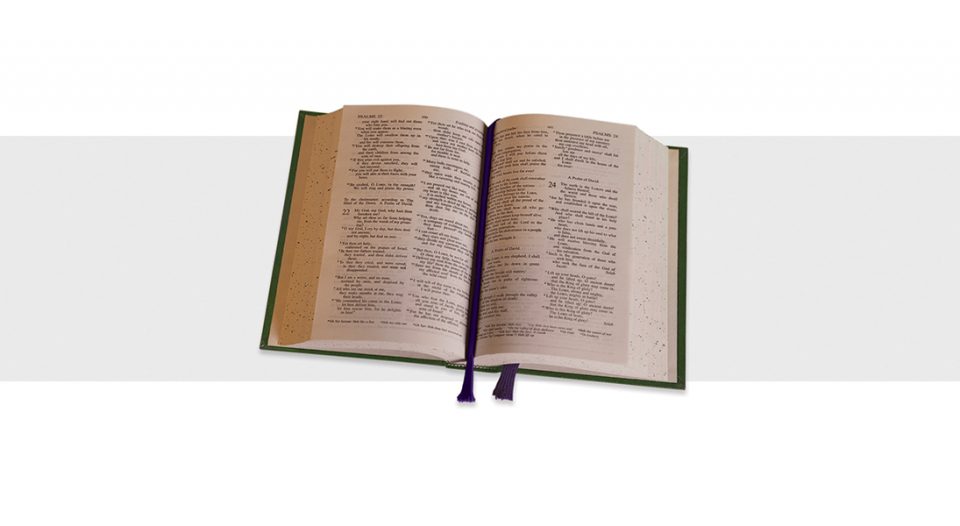 The process described in part two was at work among the people of God in Old Testament times. In a 2005 lecture delivered at Luther Seminary, St. Paul, Minn., the late scholar Gail O’Day pointed out that already in Deuteronomy, the law of Moses is rewritten for a new generation.

One of the more interesting changes in the application of the law was the one related to eunuchs. In Deuteronomy 23:1 we read: “No one whose testicles are crushed … shall be admitted to the assembly of the Lord.”

Those who suffered this misfortune were known as eunuchs. They were thought to be too imperfect to enter the tabernacle or the temple. Yet, Isaiah proclaims a vision of a new people of God. Among those to be included are eunuchs.

To the eunuchs who keep my sabbaths, who choose the things that please me and hold fast to my covenant, I will give … a monument and a name better than sons and daughters; I will give them an everlasting name that shall not be cut off (Isaiah 56:4-5).

How could Isaiah get by with this radical reinterpretation of a time-honored law from Israel’s holy Scriptures? In his Isaiah 40-66 (Westminster, 1969) commentary, Old Testament scholar Claus Westermann suggests that it was because Isaiah was “calling for a radical change in the idea of the chosen people. Membership ceases to be based on birth, and now depends on resolution, the resolve to take as one’s god the God of Israel.”

We know it is impossible to keep all those laws. But does this mean that all 600 rules and commandments are worthless and to be ignored? Not at all. What we must do, and what has been done over the centuries of religious history, is to find a way to determine which are valid for us at this time in the history of God’s people.

The ministry of Jesus

Jesus had the highest regard for the sacred writings of his people. Yet, like Isaiah, he overturned laws that stood in the way of proclaiming the coming of God’s kingdom, laws that bound rather than set free.

For example, one of the rules in Leviticus is that certain people shall not be permitted to offer sacrifices to God. Among them is “one who is blind” (21:18). It is also inferred that those who suffer from this or other disabilities may have brought it upon themselves because of sin, either their own or that of their parents (Exodus 20:5).

The rule for Jesus is the rule of his new kingdom: good news for all.

So it wasn’t surprising that, when a man born blind is brought to Jesus for healing, the disciples ask: “Who sinned, this man or his parents” (John 9:2)? Jesus surely knows the law from Leviticus. But he overturns it, declaring: “Neither this man nor his parents sinned” (John 9:3). As the story unfolds, it’s clear that Jesus uses this man’s disability as one more way to proclaim the coming of God’s kingdom.

Any of us who have a disabled loved one who is the innocent victim of an accident can’t imagine that someone would say their disability or accident was due to some great wrong they or their parents have done.

Again, the rule for Jesus is the rule of his new kingdom: good news for all.

The process we have described was also at work in the New Testament church from the beginning.

In Acts 10 we have a story often referred to as “The Conversion of Cornelius.” A more apt title would be “The Conversion of Peter.” The issue is whether Cornelius, a devout Roman, could become a member of the early Christian community, until now made up exclusively of Jews who had become followers of Jesus.

To prepare him for his encounter with Cornelius, God gives Peter a powerful vision where he sees unclean animals coming down on a sheet. God commands Peter to “kill and eat.” Out of his background in the holy writings of his faith and out of his respect for long tradition, Peter refuses. God repeats the scene a second and then a third time. Suddenly, believers appear at his gate, urging Peter to come and meet Cornelius. Now Peter understands the meaning of the vision.

I truly understand that God shows no partiality, but in every nation anyone who fears him and does what is right is acceptable to him (Acts 10:34).

What follows is a Christ-centered proclamation of the good news. As he sees people responding, including Gentiles, Peter, despite his understanding of the holy writings and long tradition, asks this rhetorical question:

Can anyone withhold the water for baptizing these people who have received the Holy Spirit just as we have (Acts 10:47)?

The one central requirement would be that all agree we are saved by faith in Christ alone.

Another good illustration from the early church’s experience is found in Acts 15. As Peter, Paul, Barnabas, Timothy, Junia and other apostles and evangelists brought the gospel to new people, they soon discovered that there was a conflict between their Jewish religious traditions and those of other cultures.

Circumcision was one of the first to test their unity. Their sacred Scriptures commanded that all males be circumcised as a sign that they were God’s people. For more than 15 centuries this had been their tradition. So far, so good.

But now reason and experience were telling them a different story. As Gentile converts joined the community, some believers insisted that these new members be circumcised. But Paul and others argued the case against this practice. The debate precipitated a crisis that resulted in a great council of the church, recorded in Acts 15. At that meeting, they decided what was essential and what was peripheral.

The one central requirement would be that all agree we are saved by faith in Christ alone. Circumcision, they reasoned, must not be a requirement for belonging to this community of faith. We can imagine that it was a difficult decision for those who feared they were disrespectful of their sacred Scriptures and were disregarding their centuries-old holy tradition. And there is evidence from other New Testament sources, such as Galatians, that the council’s decision wasn’t immediately and universally accepted.

But, for the sake of the gospel, they took that important step.

Next month, this series will explore how the Bible has been used throughout church history to deal with difficult issues.

Using the Bible in context

The gospel is a promise