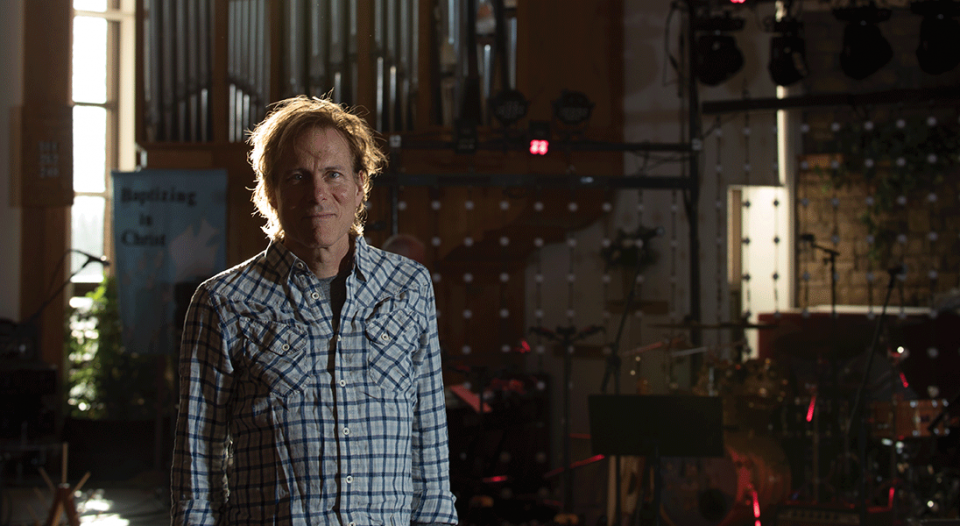 Living Lutheran spoke with Mayer, a member of First Evangelical Lutheran Church, Nashville, Tenn., about how he practices his music and his faith.

Living Lutheran: Most of these songs are based on specific Scripture passages. What were the biggest surprises when you were grappling with these texts?
Mayer: The music sometimes made me go looking for the word instead of the word finding me. It goes to show me, once again, how the Spirit and God’s presence is within the matter we live each day. Scripture [is] one of those absolute diamond focal points we go back to, but to me, it’s a constant return and not a closed cell. I think it’s supposed to, like in the Jewish tradition, open up story after story—the way that word is finding ways to take root in life right now.

What was your process for writing songs inspired by Bible passages? Would you begin with music that would then lead you to a particular text or vice versa?
The song “Turn” had to do with personal struggles I was going through. Out of those struggles I kept thinking of this constant dance we make to turn back to a life that leads us: for clarification, for transformation, for acknowledgment that the voice we turn to is always within—has always been within. [I] then went in search of music [and] Scripture that opened up that whole idea even more. In other words, I didn’t read a passage and say, “Oh, this is ‘Turn.’ ” As opposed to “Shadow of Your Love,” which was motivated by the many psalms that speak of “resting in the shadow of your wings.”

What do you like about that image?
I find it a great comfort, especially [after] going through a catastrophic health issue five years ago. Out of the blue, I was diagnosed with lymphoma and went through a year of treatment. I’m doing very well now, but at that darkest time, my foundation and pillars were swept out from my life, and what I turned to was my loved ones, my family, my faith—and God’s presence.

[The psalms] kept reassuring me: “This darkness you feel is also the presence of God.” It doesn’t mean that evil is God’s presence. It means that eternal Christ in God is present in our biggest disasters and our highest mountain joys. Whatever could befall me, I knew I had company higher than my doubt, deeper than my songs could express, more beautiful than I could either remember or project.

“Part of my healing journey through this cancer thing was coming to terms with the fact that a big effort of mine was to find a hideaway from whatever I thought was pursuing me.”

You play a lot of dates every year, performing many of the same songs. How do you find new life in those songs?
When you are in the moment, with Jimmy [Buffett] onstage, it has to be new. And that’s the beauty of Scripture too. When it is taken and applied and lived [out] in your life, it just has to be new. That’s God’s word among us. So when I’m playing “Margaritaville”—and that’s a whole lot of [the chord] D—in the moment, complexity doesn’t have anything to do with beauty. The moment itself is beautiful because it’s passing, and we are meant to live it. So when I live that D, I just try to be right there in the moment making the best D I can play.

Your songs get fairly complex. How did the unusual chord progression for “Jonah” occur to you?
I was behind stage in Alabama, and I had my classical guitar, and I just started pedaling a chord form that uses open strings. I really loved the sound of it, and when I moved that form around the neck, it made a beautiful progression, and I just started singing.

Part of my healing journey through this cancer thing was coming to terms with the fact that a big effort of mine was to find a hideaway from whatever I thought was pursuing me. The Jonah story was dear to me because this was precisely Jonah’s story. He was called because he had a particular voice, but he was scared and he ran. After having cancer, I thought, “Dude, what is your voice? When are you going to give up some of this fear and … live fully, for everything you’re worth?”

I thought, “I’m going to let this song be the ‘Jonah’ that needs to speak.” So those chords spoke “Jonah” to me.

Do you have particular songwriters you look to for writing songs of faith?
I play with Jimmy Buffett. And he may not be targeting the Living Lutheran crowd in writing “Fruitcakes,” but I find a lot of that joy of living—which I firmly believe that, if I trace back far enough, comes from the one in God, the light that has fostered all of creation. I happen to be a really proud Lutheran, in the sense that I love the tenets they hold up: compassion, grace and mercy. Jimmy is one of those great people.

From the liturgies, I’ve always loved Marty Haugen’s stuff, [John] Ylvisaker, Herbert Brokering—just phenomenal lyrics. What I loved about them is they’re throwing off the fetters or the seeming limits of holy words. It’s not that the holy words are wrong, but for some reason, they have new life. They’re talking about this life around us right now.

Is there an International Partners in Mission project you’re particularly proud of?
There’s a kite-making project in the Bombay Hotel. It’s a place in India, in Ahmedabad. They’ve gotten Hindu and Muslim women together to make kites for the kite-flying day there [the International Kite Festival]. There’s been tremendous religious strife between those two groups, and riots and stuff like that, especially in Ahmedabad. We got a chance to go to India three years ago, and it’s just amazing. They work together in the slums of the Bombay Hotel. I’m really proud of that work, because I see it making a difference in the world. It’s important to get out of our comfort zones, to get out of our neighborhoods, and be forced to transform.

Passages is available to order at petermayer.com.