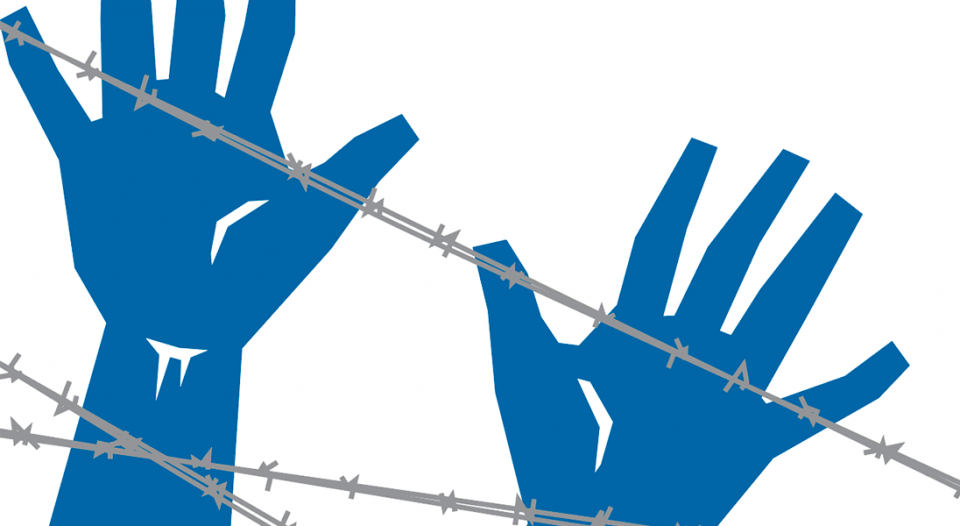 Watching strangers Andrew Papke and Adrian Early shake hands and exchange pleasantries would seem ordinary—if you didn’t know that this was a meeting between a man whose drunk driving killed the other’s teen daughter.

Perhaps more remarkable is that during their conversation, Early—whose daughter Bethany was killed in 1996, along with her boyfriend, David Holland—told Papke, “I’ve forgiven you. Now I want you to forgive yourself.”

The story of these men—and dozens of others impacted by Papke’s actions—is detailed in T. Carlos Anderson’s book There is a Balm in Huntsville: A True Story of Tragedy and Restoration from the Heart of the Texas Prison System (Walnut Street Books, 2019).

Anderson, an ELCA pastor who directs social ministry for the nonprofit Austin (Texas) City Lutherans, used the story to delve into the concept of restorative justice. This approach often involves organizing meetings between victims or family members and those who perpetrated violent crimes.

Anderson had met Papke’s father, who said his son had transformed in prison, in part because of a chaplain’s help. “I think people have a misconception that restorative justice is first and foremost about forgiveness. It’s first and foremost about accountability and responsibility,” he said. “But it can be. Crime victims tell me when an offender is accountable and responsible for what they’ve done, that’s when the healing can go forward. And that’s when something like forgiveness can happen.”

“I’ve forgiven you. Now I want you to forgive yourself.”

A major focus of Anderson’s book is the Texas Department of Criminal Justice’s Victim-Offender Mediation/Dialogue program, and its original coordinator, David Doerfler, who served as a Lutheran pastor.

In order for Papke to participate in the program, he had to complete several steps, including taking responsibility for his actions—something he did when he opted to plead guilty—and writing about how he believes his crimes impacted others.

Papke also participated in Bridges to Life, a faith-based restorative justice program that uses a 14-week curriculum centered on victim impact, including meeting with victims who volunteer to share their stories with offenders.

It was Papke’s guilty plea that prompted Early to want to meet him.

“When I interviewed Adrian Early, he hadn’t seen Andrew for more than 15 years,” Anderson said. “And I told him Andrew said that participating in the Victim-Offender Mediation/Dialogue program and Bridges to Life prison ministry was a balm of healing. And Adrian Early broke down into tears when I told him that.”

“Something we need to learn”

Anderson understands that not everyone would want to help offenders, nor would they want to forgive those who have committed crimes against them or society in general. But he learned that those who participate in these programs are much less likely to become repeat offenders.

Bridges to Life reports that 85% of its graduates don’t return to prison within three years after release, and it appears to be a major factor in making the recidivism rate in Texas lower than the national average.

For victims, many of whom experience severe depression, anxiety or develop drug and alcohol problems, sharing their stories and receiving help from the community of other victims appears to significantly help, Anderson explained.

He hopes congregations will use There is a Balm in Huntsville to not only introduce the practices of restorative justice, but to help explain that the concept has been around since the time of Jesus.

“It’s something that we Americans need to learn. How do we talk about real painful and conflictual stuff with our adversaries in a safe space?”

“In Matthew 18:15, [Jesus] says, if you’ve got a problem with your neighbor, don’t go to Twitter. Don’t hire a lawyer. … Meet with this person face-to-face. And if that first face-to-face meeting doesn’t work, then get a supportive circle and take the next steps.”

Anderson’s book is used at Shepherd of the Hills Lutheran Church in Austin, where it was provided to teen members. Joel Timmons, the congregation’s youth director, said he felt it was important for his young worshipers to read it: “This story in particular is one that really hits home with young people who are given new privileges, such as driving. And our hope for them is that by reading such a story, they recognize that privilege and use it responsibly.”

The idea of difficult face-to-face conversations can go beyond victim-offender dialogue, Anderson added. “We’re just so hyperpartisan as a society right now,” he said. “In a certain sense, it’s something that we Americans need to learn. How do we talk about real painful and conflictual stuff with our adversaries in a safe space?

“I think victim-offender dialogue is one of these examples that shows us there is a table where adversaries can sit down together and listen to each other and understand the other one’s reality.”

There is a Balm in Huntsville is available to order at a discounted rate for congregations planning to use it in group discussion.