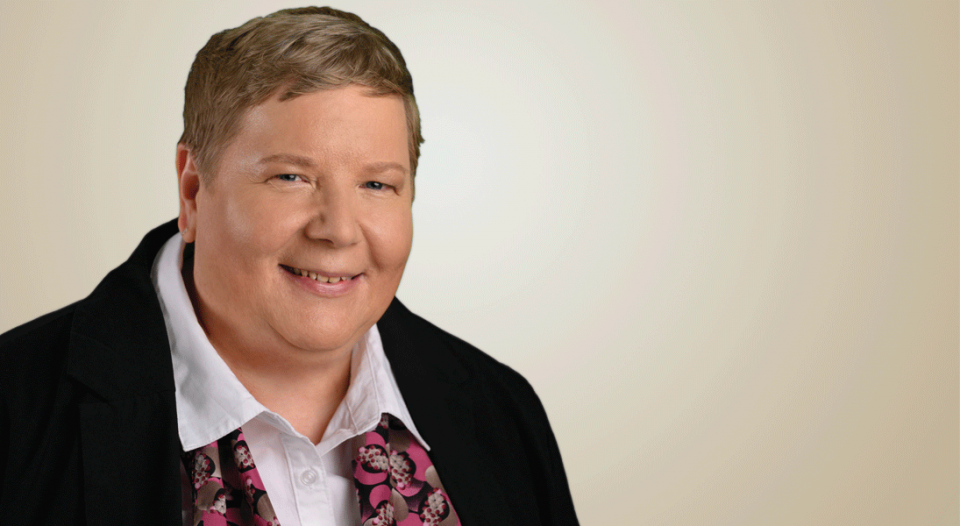 Hope Lutheran Church and Student Center, College Park, Md.
Occupation: meteorologist with the federal government
Vocation: to be salt, light and leaven in the world (Matthew 5:13-16, 13:33)

As a member of the Lutheran Alliance for Faith, Science and Technology, I’m committed to fostering conversations about how Christian faith and life are impacted by the scientific and technological environment in which we live. “Liturgy” means “the work of the people,” and, in my view, that means worship should reflect a broad spectrum, including metaphors and imagery from science, technology, engineering and medicine in addition to the agrarian themes present in our historic hymns and liturgies.

My favorite part of working for the National Oceanic and Atmospheric Administration (NOAA) is when I have the opportunity to engage with the general public. Whether at large gatherings or at a career day at a local elementary school, I’m renewed by the genuine enthusiasm people have for NOAA’s mission.

I first became interested in meteorology when I did a unit on the weather in fifth grade. My father was an electronics engineer, and he designed a weather buoy in the late 1940s while working for the federal government. Between 1951 and 1970, 21 Naval Oceanographic Meteorological Automatic Device moored weather buoys were deployed at sea. The hull design is still in use in harsh environments, such as the Gulf of Alaska and the North Atlantic.

People are surprised to learn I was diagnosed with a rare disease about eight years ago. In the U.S., a disease is considered rare if it affects fewer than 200,000 people. There are approximately 7,000 rare diseases in the world, and it’s estimated that 25-30 million Americans have rare diseases. Recently, I presented a poster at the 2019 American College of Rheumatology annual meeting in Atlanta.

My work in developing the next generation of U.S. geostationary weather satellites has been the highlight of my career. For 10 years, I’ve been a small part of the large GOES-R team that includes employees from NOAA, NASA, private industry and academia. Thousands of team members and their families attended the launches of the GOES-R (Nov. 17, 2017) and GOES-S (March 1, 2018) satellites at Cape Canaveral, Fla. These operational satellites, now designated GOES-16 and GOES-17, respectively, provide continuous coverage of the Western Hemisphere from geostationary orbit.

Getting to talk about science and faith at the last Youth Gathering was fun! The alliance’s interactive booth had a scale model of the solar system. Posters for the planets (through Saturn) were stationed throughout the hall at their scaled distance from the sun in our booth; the Saturn poster was located one quarter of a mile away, at the farthest end. Those who returned to the booth to share their selfies of each poster were rewarded with a Milky Way bar. Visitors to the booth expressed appreciation for having activities that affirmed one could both work in science and technology, and also be a person of faith.

To me, grace is what God pours into the world abundantly each day. My personal email tagline is a quote from filmmaker and philanthropist Abigail Disney: “Every one of us walks the Earth by virtue of a thousand moments of grace, both large and small, most of which we barely notice.” Being an agent of God’s grace is the vocation of all people, not just those who work for the church. I believe we’re all called to trust in faith that the grace of God is out there, just beyond the boundary of our comfort zones.

I believe vocation is God’s call to every person, not just the task of those who serve in rostered leadership or are employed by the institutional church. One’s occupation may be part of one’s vocation, but vocation encompasses more than just occupation. What I bring to my occupation is nothing different from what I bring to any other area of my life, for my core identity doesn’t change. My identity was given to me at baptism when I was sealed with the cross of Christ and marked as God’s child forever.

Being an agent of God’s grace is the vocation of all people, not just those who work for the church.

I’m a Lutheran member of the Christian family because my parents brought me to the baptismal font in December 1956 at Zion Evangelical Lutheran Church in Takoma Park, Md. Unknown to me, my mother kept in her wallet a picture of our family (my mother and father, three older brothers and me) from that day. I discovered the picture after she died, as we sorted through her belongings.

I share my faith through the many “stations” of my life: daughter; sister; aunt and great-aunt; citizen of a nation, state and county; federal employee; neighbor; member of a congregation; friend. In each of these areas, opportunities to minister and to be ministered to are continually presented. I find Martin Luther’s pastoral approach to life in community a reminder to me of the importance of listening to people’s stories. In my professional and personal interactions at work, and the particular ways in which faith may (or may not) arise in the workplace, I’ve found the very act of listening to someone is a holy calling.

I believe “that by my own understanding or strength I cannot believe in Jesus Christ my Lord or come to him, but instead the Holy Spirit has called me through the gospel, enlightened me with his gifts, made me holy, and kept me in the true faith, just as he calls, gathers, enlightens, and makes holy the whole Christian church on earth and keeps it with Jesus Christ in the one, common, true faith.” (Explanation of the third article of the Apostles’ Creed, Luther’s Small Catechism)

I believe religion and science can benefit from being in dialogue together. I advocate for ways to bring clergy and laity together in a collaborative manner to learn together and discuss ways to live out the gospel in the scientific/technological world in which we find ourselves today. While others may focus on academic efforts in the religion-and-science discussion, I’m more inclined to look at practical ways for people to bring their knowledge to bear in the church. One place this happened well was during the introduction and discussion of the ELCA social statement “Genetics, Faith and Responsibility” at the 2011 Churchwide Assembly.

It’s important to me to participate in and support ELCA ministries at the congregational, synod and churchwide level because these communities and partnerships are ways in which the Lutheran expression of God’s love is shared with both those who are part of and those who are “outside of” the church. Resources I share with the ministries of the ELCA reach beyond my local community of faith and connect me with the broader world.

I pray more often these days using the “breath prayer” form as written by Ron DelBene in Into the Light: Ministering to the Sick and Dying (2009), because it provides a way to tie prayer with breathing. A retired friend (a two-time cancer survivor) was diagnosed with terminal cancer several months ago. As I go about my day, I’ve been praying: (breathe in) “God of abundant embrace,” (breathe out) “surround Chris with love as she journeys home to you.”

To me, church is a place where people may find love, compassion, healing and strength each week through participation in the liturgy of word and sacrament, so they’re renewed to go out again into the world to perform their daily ministries.

All responses represent Ida Hakkarinen’s personal views and not the official views of the agency for which she works.