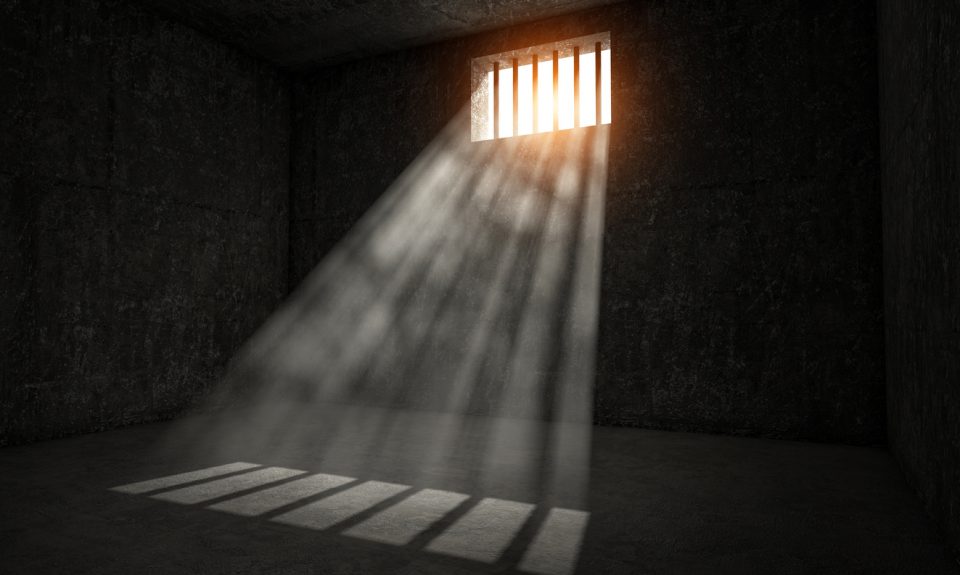 In a world obsessed with the pursuit of “happiness,” where Instagram filters create flawless photos and the most popular books and TV shows offer strategies for a bright and sunny life, the Lutheran in me welcomes Lent each year. I’m grateful to be part of a church with a built-in season for naming what has become obvious in my life, community and country: all is not well.

I cherish the opportunity to be marked with ashes and told that I’m dust. I embrace the act of gathering with others to confess a belief that we Lutherans take seriously, especially in this season: we are all sinners. I did, that is—until recently.

A few weeks ago, my sinfulness was defined in terms with which I was less than comfortable. Emily Baxter, executive director of the North Carolina Coalition for Alternatives to the Death Penalty, gave a talk about criminal justice at my congregation. Instead of focusing on the brokenness of our carceral system or trying to break down the stigma of criminals who get caught up in it, she tried to change the way those of us on the outside see ourselves.

“We are all criminals,” she said. It’s a provocative statement, and it’s also the name of the nonpartisan nonprofit organization she founded. Baxter tells stories not of those who have been convicted of crimes but rather of those who have been able to get away with crimes, which, according to her (and my own experience), is all of us.

“One in four people are convicted of a crime, but four in four have committed a crime,” Baxter said. Whether it be as petty as drinking alcohol out of an open container in public or stealing office supplies from work, or as serious as domestic abuse or sexual assault, Baxter contends that everyone has engaged in some form of criminal activity—knowingly or not.

Baxter’s work is not explicitly theological, but it made me wonder: What if, in addition to confessing that “we are all sinners” this Lent, we also confessed that “we are all criminals”? As Lutherans committed to the belief that we are all simultaneously saint and sinner—that none of us is more sinful or saintly than the next—we believe a clean criminal record is not a reflection of greater saintliness. Rather, Baxter shows, it’s largely a reflection of race.

Although we are all criminals, our country’s criminal justice system is designed to disproportionately incarcerate people of color, regardless of whether they have committed a crime, much less sinned. As Baxter explains, throughout U.S. history, many of the sins of white people have not been called crimes. Lynchings, for instance, were often publicized in advance and preserved in postcards afterwards, but rarely—if ever—was anyone accused of that unthinkable crime, much less incarcerated for it.

I will also confess my own criminality this Lent. … Jesus’ death and resurrection not only free me from my sins but also free me for my neighbors.

While less explicitly racist today, enforcement of our criminal code still has a vastly disproportionate effect on people of color. According to a 2018 U.S. Bureau of Justice statistics report, African American adults are five times more likely than white adults to be convicted for a similar offense. And according to a 2015 report from the National Association for the Advancement of Colored People (NAACP), African Americans and Hispanics make up approximately 32 percent of the U.S. population but compose 56 percent of all incarcerated people.

Racist tactics like the war on drugs, stop-and-frisk policies, three-strike laws, and prosecutorial overreach have all contributed to these disparities.

To reiterate the obvious, these disproportionate incarceration rates do not exist because white people are any more saintly than their black or brown siblings. Because the U.S. legal system is structured by white supremacy (based on the lie that white people are God’s chosen people and, thus, superior), the sins of white people are less likely to be called crimes—and if they are, they’re more likely to be absolved or dismissed.

Speaking at schools and churches, community centers and legal rights organizations, Baxter uses statistics, stories and art to encourage her audiences to reflect on their own criminality. She asked me to imagine what life would be like had I gotten caught, or how different life would be if I had to check the “yes” box for a felony conviction when applying for jobs, schools or housing. She asked me to reflect on how I would feel if I had to introduce myself—define myself—by my worst mistake.

Just as my sins do not tell the whole story of who I am, neither does a criminal record. Perhaps if I recognized this, I’d begin to see the image of God reflected in those I’ve typically seen as “criminals.” After all, I worship a God who was arrested, tried and sentenced to death by the state.

But I will also confess my own criminality this Lent. Doing so, I suspect, will continue to be unsettling. But I am reminded that at the end of these dark Lenten days lies a cross and an empty tomb. Jesus’ death and resurrection not only free me from my sins but also free me for my neighbors. The question I carry with me into Lent this year is, given the criminal justice system in our country, which neighbors am I free to live for?

The church and criminal justice