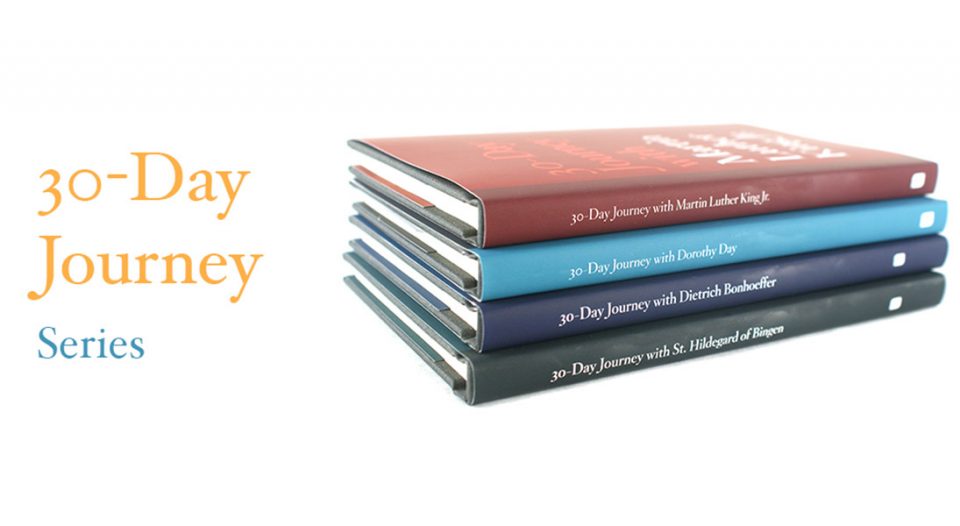 In the introduction to his Devotional Classics (HarperCollins, 1993), Richard J. Foster wrote: “We today suffer from the unexamined notion that the more recent something is, the better, the more true it must be.”

Even those who aren’t regular readers of daily devotionals will find much to savor in this series. Each daily reading includes a brief passage from the primary source material of the featured figure, followed by a practical reflection from the book’s compiler, often with questions that challenge readers to apply the wisdom gleaned from history to their own lives.

Helpful annotations reference the context in which the subject was writing to aid in making greater sense of that day’s reflection. A five- to six-page introduction to the historical figure precedes the first of the daily readings as a reminder of their life and work.

For the Bonhoeffer volume, edited and compiled by Joshua Mauldin of the Center of Theological Inquiry in Princeton, N.J., particular emphasis is given to writings from the German theologian’s posthumous Letters and Papers from Prison.

Even those who aren’t regular readers of daily devotionals will find much to savor in this series.

The King collection, edited by Jonathan Chism of the University of Houston-Downtown, uses a variety of sources, including his sermons. The other 2019 volumes feature meditations from and reflections on the work of journalist and activist Day and Hildegard of Bingen, a composer, writer and philosopher.

Natasha Duquette of Tyndale University College in Toronto edited the new volume on Austen, pulling from several of her novels. She shared her aspirations for the book in an interview.

“I hope a fuller picture of Austen emerges as a human being whose daily discipline, sensitivity to the natural world, and social ethic of care emerges from the readings,” Duquette said. “And that the reader can emulate these qualities as expressed both in the life of Jane Austen and through her fictional characters on the page.”

Duquette said she sees her primary reader as a person of faith “who has an interest in Jane Austen but may not … have realized how central her spirituality was to the ethics and aesthetics of her writing, or know that we have her written prayers, which were so original.”

The series’ overall effect is one of a thoughtful, succinct devotional reader filled with wisdom from a significant historical, religious or literary figure.

Reaching out and reaching in