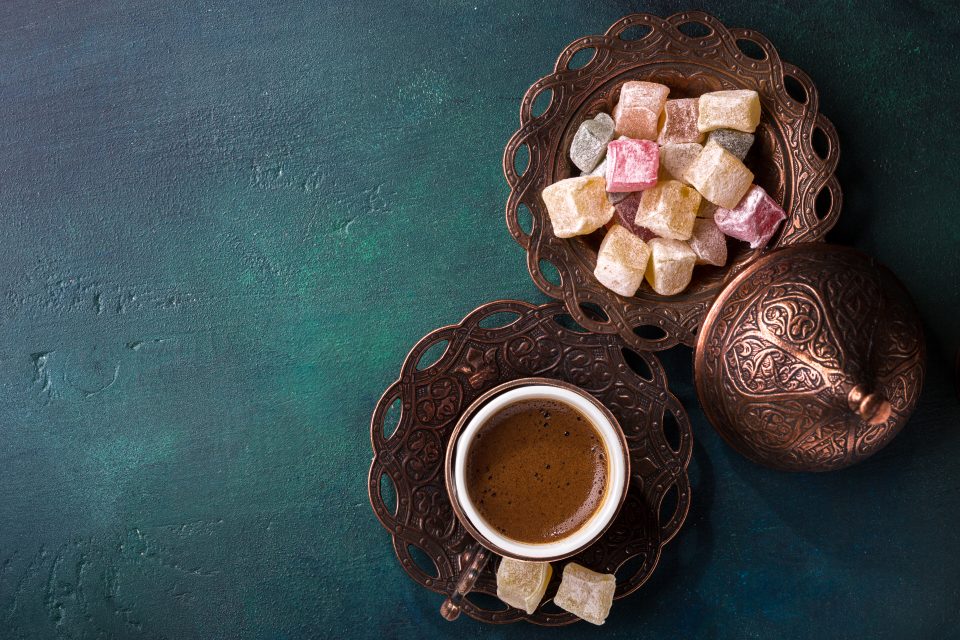 If you’re a certain kind of person, the phrase “Turkish delight” automatically makes you think of a snowy day in a fictional wood—and a young boy willing to sell out his family for a taste.

Like many readers, I spent much of my life with very little compassion for Edmund Pevensie, the prodigal son of C.S. Lewis’ The Lion, the Witch and the Wardrobe, who is tempted by the White Witch’s offer of Turkish delight candy in exchange for information on his family. After all, what could compare with the love of his three delightful siblings?

But a few years ago, I had the opportunity to write the history of Turkish delight, told through the lens of the book. I dove deeply into how it was made and how it came to be something a British child should know all about.

It turns out that Turkish delight was a particularly Christmas-centered treat in England before World War II. Edmund and his siblings made their way into the wardrobe (and then into the land of Narnia) in the first place because they were fleeing the bombs in London. I came to the conclusion that it wasn’t just Turkish delight that Edmund was hoping for, but a return to normalcy, the end of the war, and the restoration of the things that would make it truly feel like Christmas.

This year, I can relate to this. I, too, long for the return of normal. Though my experiences of eating fresh Turkish delight prove that it’s entirely craveable, it’s something special to me, rather than a regular part of my year or routine. This year, there are many things I want so much that I’m not sure I’d trust myself if I came across the White Witch and her deceitful offers.

2020 has felt a lot like “always winter and never Christmas,” as the Beavers tell the Pevensie children in the story. Put another way, it feels like an awful lot of Advent with no Christmas season in sight.

In the United States, we began to see cases of COVID-19 during Lent, a time that feels parallel to Advent for me. It’s another season of penitence, a time not uncoupled with sorrow and grief. My favorite description of Lent is “bright sadness”—but this year, as I watched celebrations and plans melt away, I had trouble seeing any brightness.

Our cravings have so much to teach us about who we are and what we value—if we will listen.

Easter came, as it always does, but this year my husband, daughter and I ate brunch alone, trying to feel community as we Zoomed my parents and brother in their separate homes, all less than 15 minutes away. This year, Easter didn’t feel triumphant. Like the disciples on the first Easter, we were still locked away, waiting to see what would happen.

Like Edmund, I’ve been craving Christmas. It was scarcely November when I asked my husband to get out the Christmas tree. In years past, it would be unthinkable for me to decorate before Advent. But this year, I feel like I’ve been living Advent for months, staying at home, so often asking God, “How long?” Watching the tree sparkle with white lights, topped with a golden star, began the slow work of unwinding something in me. I could breathe a little deeper, at least for the moment.

My family members often ask each other what we want for Christmas. This year, I wish I could ask for what I really want: a vaccine, the ability to browse a bustling favorite bookstore, lunch with a friend in a restaurant, a walk through the aquarium with my daughter, days on end where I didn’t worry about sickness for those I love.

There is something valuable in pondering what it is I’m longing for and why. Just as I learned to see Edmund differently—a child separated from his parents, fearful and hoping for joy—I can learn to see myself and the people around me differently. Our cravings have so much to teach us about who we are and what we value—if we will listen.

But there is no White Witch looming up through the snow on a sledge. (Which, I know, is for the best.) Even Edmund, who would become a king in Narnia, had to return to almost the same moment he left when the children arrived back home. As Lewis wrote these iconic characters, he was living through confectionary rationing. It was years after the war before Turkish delight was accessible again. I imagine it was wonderful, a gift—but that the longing had changed the relationship, just as our longing will change our relationship with what we long for.

Edmund might be fictional, but Lewis wasn’t. I like to think about what it might have been like for him to taste it again, so many years later. I wonder if he thought of Edmund. When I have the chance to move freely in the world again, I hope I’ll pause and think of him, and so many like him. Until then, here in an Advent without a known end (like the first one), I will wait.

Feasting in the age of COVID

My faith journey: A baptized imagination

When Advent and Christmas are blue