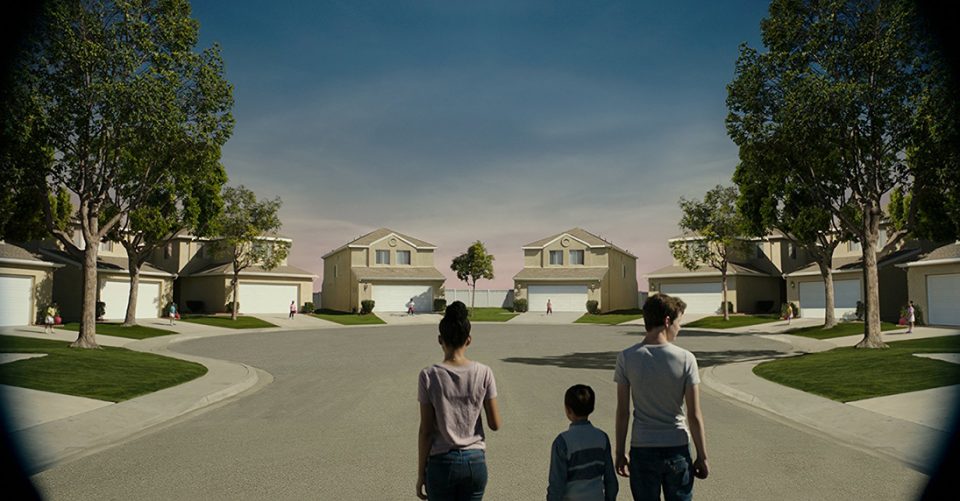 When I was little, my mom read A Wrinkle in Time aloud to my brother and me over the course of several weeks. Even though I was safely nestled on the couch, what I remember most about the time-travel adventure story is an all-encompassing fear of IT, the disembodied, oversized brain making everyone the same, spreading evil into the universe.

I reread the book in preparation for the film, released last weekend. When I went to see it, I hoped for a little of the wonder and insight I’d discovered in the book as an adult.

Like almost every movie, it didn’t stick to the book. One of the main omissions is any explicit mention of the Christian faith, which is everywhere in the novel (author Madeline L’Engle was part of a progressive Episcopal tradition). But Wrinkle is a book about the triumph of love over evil—and that’s what the movie is about, too. To me, this sounds an awful lot like the gospel.

In the book and in the film, it’s love that defeats evil and breaks the hold of darkness. Early in the movie, a montage on the effects of evil on the universe is presented through the lens of how that plays out in the world. Veronica, a girl who has bullied Meg, our intrepid heroine, struggles with concerns about her weight; two young men steal food from a homeless man; Calvin, who is along for the journey, sits in silence while his father berates him about his grades. The scene brought me to tears, and I’ve thought about it countless times since. It reminded me that evil brings pain and crowds out love.

But love is bigger in the book than on the screen, in this case. In the novel, love looks like taking a chance on three women who seem old and strange, creepy and possibly dangerous (rather than the always beautiful and vivid Missuses seen onscreen in the adaptation). Love looks like going back to rescue a little brother you don’t recognize, even though you don’t feel capable, and discovering that love is exactly the thing you have that IT doesn’t have—the only way to defeat it.

In A Wrinkle in Time, love looks like lavish care without expectation of return.

Love also looks like lavish care without expectation of return. One book passage the movie discards includes Aunt Beast, who looks after Meg as she recovers from injury. Meg is strong, but she is sometimes in need. With the help of Aunt Beast, she sleeps, she is nourished, and she heals, comforted by unselfish love. It’s that care that gives her the strength to return to her fight against evil.

In 1962, when Wrinkle was written, L’Engle was responding to a distinct period in history. It’s no accident that IT makes everyone the same, eliminating their diversity of thought and personality: L’Engle was directly addressing the Cold War. But in our current moment, we still need the story’s message of individuality and the beauty and power of the seemingly unattractive. We need to be told that our faults are often a gift—that love is more powerful than evil.

The book remains the strongest version of what L’Engle was trying to say, but this Wrinkle has the potential to inspire thought and echo some of the same themes (albeit less dexterously). I left the theater feeling that I had been on a journey. I had watched a family reunite; I had watched love win—but I had also caught a glimpse of what wasn’t right and what I might help make right in the world (no time travel necessary). If anything, I hope the movie is a small part of that journey.