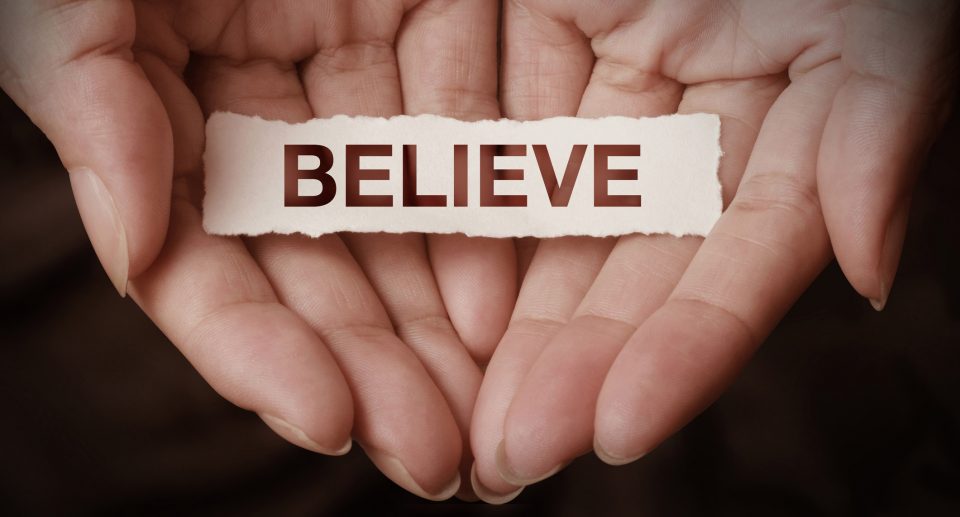 In this week’s readings, both the king of Israel and the ruler of a synagogue face the death of a beloved person. The intention of the Gospel text is to point out the power and intimacy of Jesus. But both texts also show how powerful people respond to loss.

When an Amalekite came to report the death of Saul and his sons, he supposed that, as Saul’s rival, David would be pleased with the news. So the Amalekite lied and said he had struck Saul down (but see 1 Samuel 31:4-5). David was upset at the thought of the Lord’s anointed leader being killed, but he was truly grief-stricken by the death of his beloved Jonathan. As a result, David ordered that the Amalekite be killed for having a hand in their deaths.

Then David, ever the musician, composed a eulogy that he ordered all the Judahites to learn. He lashed out in anger and cursed Mount Gilboa, which had been the place of the king’s death, and then recalled the strength of Saul and Jonathan. He ended the song by recounting how Jonathan had been like a brother, whose wonderful love for David had surpassed that of any woman (2 Samuel 1:26).

In our reading from Mark 5, we learn that one of the synagogue rulers from Capernaum had a sick daughter whose health was rapidly worsening. It’s easy to imagine Jarius (Yair) looking for Jesus the night before. Jesus and the disciples had headed out on the sea during cover of darkness. But there had been a terrible storm, and Jesus hadn’t been seen. Imagine Jarius’ relief when the disciples’ boat was spotted coming back across the sea.

Jarius knew of Jesus’ power to heal. He was one of the synagogue elders who had already asked Jesus to heal the centurion’s slave (Luke 7:4-5). Indeed, as the ruler, Jarius was the one most responsible for ensuring that Jesus could speak at the Capernaum synagogue whenever he wanted to share a teaching. In his synagogue, he had seen Jesus exorcise demons and heal injuries. At this point, they were probably getting to be friends, and certainly Jarius supported and welcomed the traveling teacher and miracle-worker repeatedly.

So when Jesus finally came to shore, Jarius, who had been searching for his daughter’s only hope, fell at his feet and begged him to come and heal his daughter. Jesus set out immediately but was delayed by the massive crowds. Leaving nine of the 12 disciples behind to act as crowd control and give him some space (Mark 5:37), Jesus walked to Jarius’ home. By the time he arrived at the house, which wouldn’t have been far from the dock in a town of only 1,500 people, the daughter had died. Jesus urged Jarius to not be afraid, but believe.

We don’t know how Jarius and his wife reacted after the raising of their daughter. But we know what Jesus told the father when he had learned of his daughter’s death—do not be afraid, but believe.

Jarius had spent so much time looking for Jesus that his daughter had died without him present. In fact, the mandatory professional mourners and flautists (m. Ketubot 4:4) had already arrived. But Jesus threw them all out (Mark 5:40) because he was so tired of big crowds. When only the parents and his closest three disciples were left, he told the girl to rise—and she did. Wanting to confirm to her shocked parents that their daughter was indeed alive and not a ghost, Jesus said they should give her something to eat (Mark 5:43) [spirits and spiritual beings do not eat: b.Yoma 75b, Leviticus Rabbah 34:8, Luke 24:41-43].

We don’t know how Jarius and his wife reacted after the raising of their daughter. But we know what Jesus told the father when he had learned of his daughter’s death—do not be afraid, but believe.

God doesn’t prevent all death and loss. Yet. But God is near to the brokenhearted (Psalm 34:18). In both of these cases of miraculous healing or bitter loss, God can empathize. God has experienced the death and resurrection of Jesus. God shares our pain and hope as we await the resurrection.