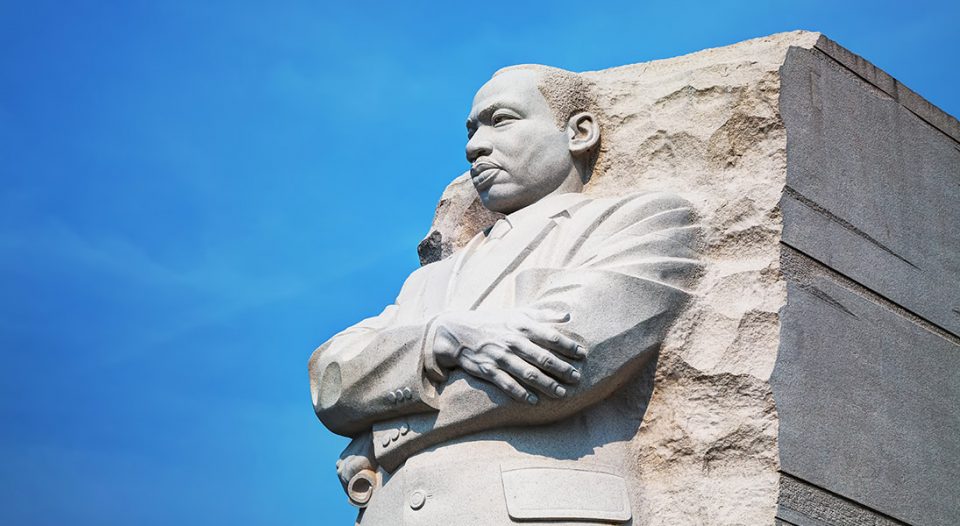 But I say to you that listen, Love your enemies, do good to those who hate you, bless those who curse you, pray for those who abuse you (Luke 6:27-28).

On April 4, 2018, several thousand people, including many ELCA Lutherans, gathered in Washington, D.C., to commemorate the 50th anniversary of the assassination of Martin Luther King Jr.

That Wednesday morning began with prayers and a silent march from the Martin Luther King, Jr. Memorial to the National Mall, where a variety of speakers and musicians from different faith traditions honored the slain civil rights leader who awakened the conscience of America to the sins of racism and segregation—first in the South, then throughout the entire United States.

I was reminded of that day as we approached this one, when the ELCA recognizes King in its calendar of “Lesser Festivals and Commemorations.”

I am also reminded of a poem by Carl Wendell Hines Jr., “A Dead Man’s Dream.” It was written in 1965, in the wake of the murder of Malcolm X. But the words can be applied to King’s assassination as well.

Now that he is safely dead,
Let us praise him.
Build monuments to his glory.
Sing Hosannas to his name.

Dead men make such convenient heroes.
For they cannot rise to challenge the images
That we might fashion from their lives.
It is easier to build monuments
Than to build a better world.

So now that he is safely dead,
We, with eased consciences will
Teach our children that he was a great man,
Knowing that the cause for which he
Lived is still a cause
And the dream for which he died is still a dream.
A dead man’s dream.

Though King is known primarily as a leader of the civil rights movement, he always considered himself first a child of God and a preacher of the gospel. He was a social reformer, an activist, a politician; but above all, his message of personal and social transformation was rooted in the prophets and the gospel of Jesus Christ.

He knew the power of Christ’s teachings to change the world if we allow the love of God to enter and dwell within our hearts and, in so doing, transform our practices and attitudes toward each other. This was his dream. This was his gospel message.

As many congregations and synods look to this year’s commemorations, some of us are concerned about the deep racial divide that persists in our nation and mars the body of Christ. We lament that we have fallen far short of King’s dream.

We need to repent for the sordid injustices of our past and the bigotry rampant in our present day, which is intensified by the anxiety of the pandemic.

Yet others might ask, “Why is this so important? What does it have to do with me?”

I say to them that our covenant of baptism entrusts us with the responsibilities of caring for others and the world God made, and of working for justice and peace.

As people of faith, we are called to defend the dignity of every human being. We are called to speak out against discrimination of any kind. We are called to advocate and act to realize the change that will lead to a more equitable society; to make God fully present in our lives and interaction with others; to create places where God can be seen, where God’s grace and love can be known.

We are children of God. That is the one identity that we have in common and that supersedes all the other labels we love to put on people. When we begin to think in terms of what unites us—God’s love—we can boldly proclaim the grace and forgiveness we have through the death and resurrection of Jesus, and strive to bring healing and wholeness to all people and unity to the nation.

May we strive to live into that dream and to make God’s reign a reality on earth.

There’s still much to overcome

A towering figure in civil rights

Meeting the challenge of urban unrest